‘I’m really proud of my wife’: Prince Albert praises wife Princess Charlene for ‘turning it around in an incredible way’ after lengthy health battle, saying she had a ‘very tough year’

Prince Albert has praised his wife, Princess Charlene of Monaco, for ‘turning it around in an incredible way’ after a long-running health battle.

He continued: ‘As you know, last year was a very tough year for her – and the beginning of this year.’

Albert added that after being admitted to a Swiss treatment facility for exhaustion and keeping out of the limelight, Charlene, 44, has been ‘active in any number of different events.’ 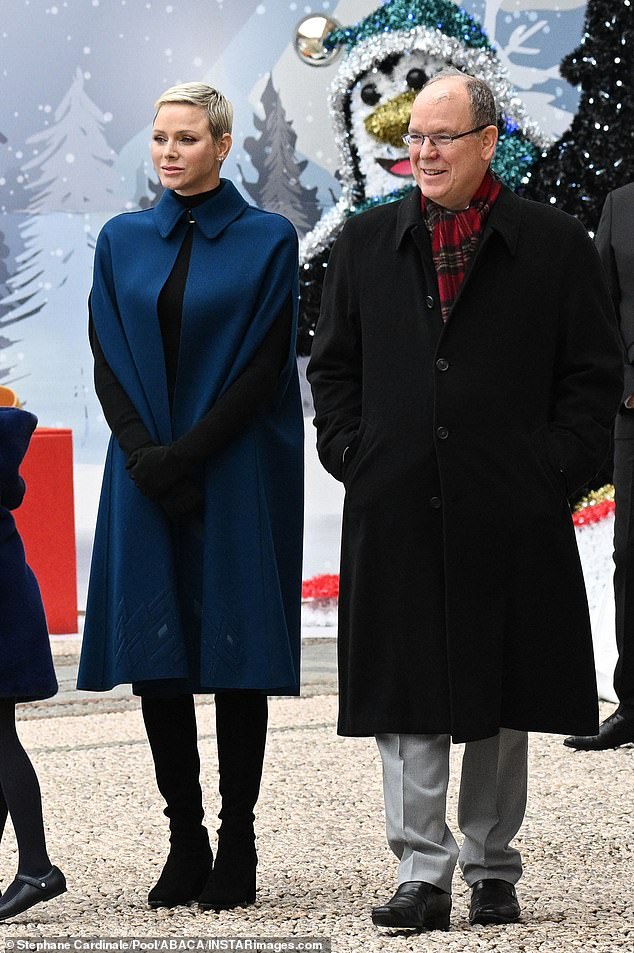 Prince Albert has told how proud he is of his wife, Princess Charlene of Monaco, for ‘turning it around in an incredible way’ following a long-running health battle. The couple pictured together at an event on December 14 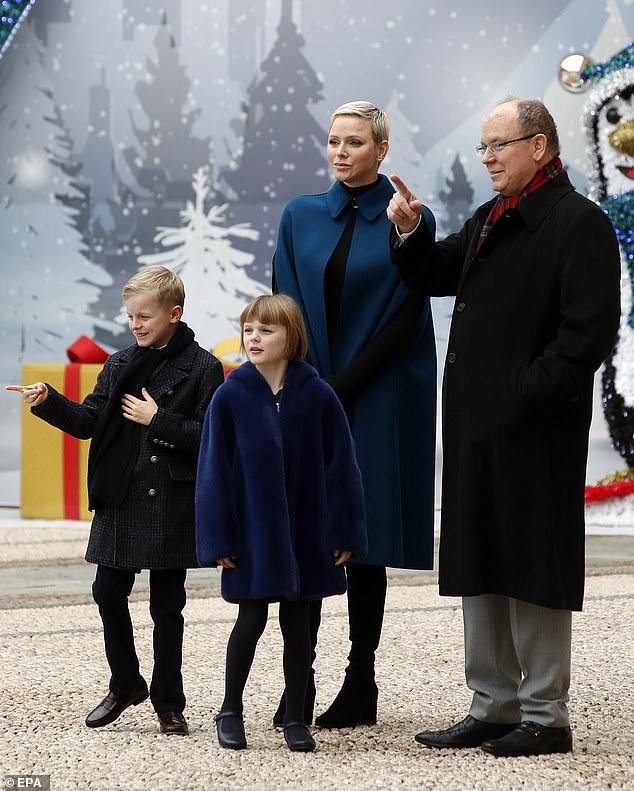 The royal duo with their eight-year-old twins, Prince Jacques and Princess Gabriella

He highlighted a number of events where the former Olympic swimmer had been visible at lately, including a recent outing to the Monaco branch of the Red Cross.

‘She’s really enjoying doing things together and with the kids, so this year is ending on a very, a very high note. We’re truly thrilled about how things are,’ Albert said.

Whereas photos from last year show Charlene looking frail, she now looks back to her former self with a healthy complexion and impeccable style to boot.

In another recent outing for a traditional Christmas tree ceremony at the Monaco Palace with her family, Charlene also looked to be in good spirits.

Commenting on their children, eight-year-old twins Prince Jacques and Princess Gabriella, Albert said they were also doing ‘really well’ and instead of being distracted by social media they were ‘very sports-oriented’ and ‘still very curious about things.’

Following in their mother’s footsteps, one of their favorite extracurricular activities is swimming, along with Taekwondo and tennis.

Showing another sign of unity the Monaco royals released their family Christmas card this month with all four seen dressed in fancy attire by their Christmas tree. 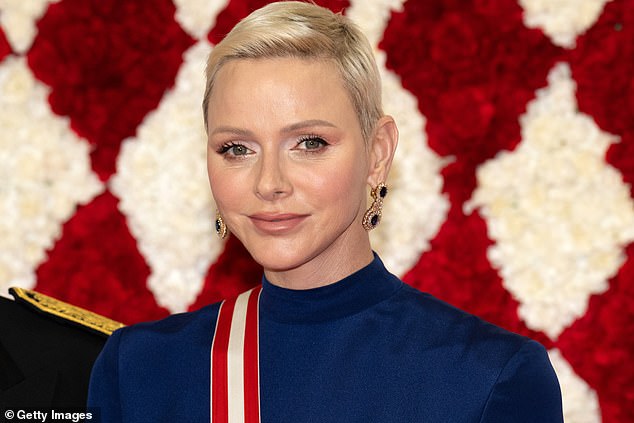 Whereas photos from last year show Charlene looking frail and gaunt, she now looks back to her former self with a healthy complexion. Pictured on November 19 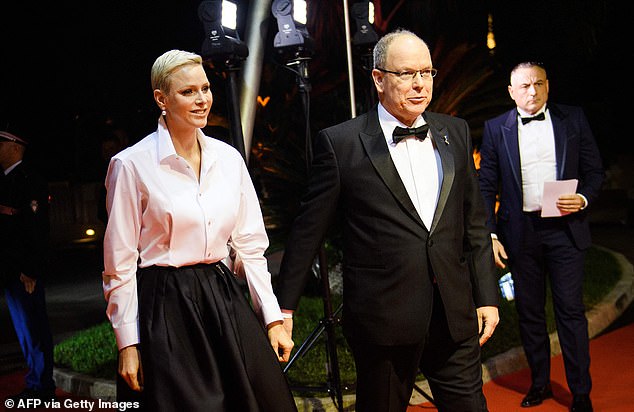 Albert said that after being admitted to a Swiss treatment facility for exhaustion and keeping out of the limelight Charlene, 44, has been ‘active in any number of different events’ and ‘doing really well’

Charlene’s return to the Palace this spring was celebrated by the principality.

The former Olympian first fell ill in South Africa in May 2021 during what was meant to be a 10-day visit.

She then booked into a clinic in Switzerland, leading to fears that she would find it hard to return to Royal life with her husband.

However, now it seems Charlene is happy to be back.

In a recent speech to mark the 10th anniversary of her foundation, which was set up to encourage young swimmers, she confirmed that she felt ‘much better’ and went on to talk about her health, her family and husband.

During her address at the family room of the Prince’s Palace, Charlene was surrounded by a picture of Princess Grace and her young twins, Prince Jacques and Princess Gabriella.

Revealing she has ‘less pain and much more energy,’ she said she ‘is continuing to recover, to rebalance herself.’

She added: ‘My family and those I love are my rock. I approach the future, step by step, one day at a time.’

While there were fears that she might not return, the Royal Palace announced in March that Charlene was back in Monaco and would be gradually reintroduced to public life.

Photographs of their reunion were greeted with a hefty dose of skepticism by the French media.

Prince Albert said he was ‘hurt by the vicious rumors’ peddled about his marriage following his wife’s absence and said that it was the ‘most beautiful thing’ to have her back with him.

There have been reports of a rift between the Prince and Princess ever since their high-profile marriage in 2011. 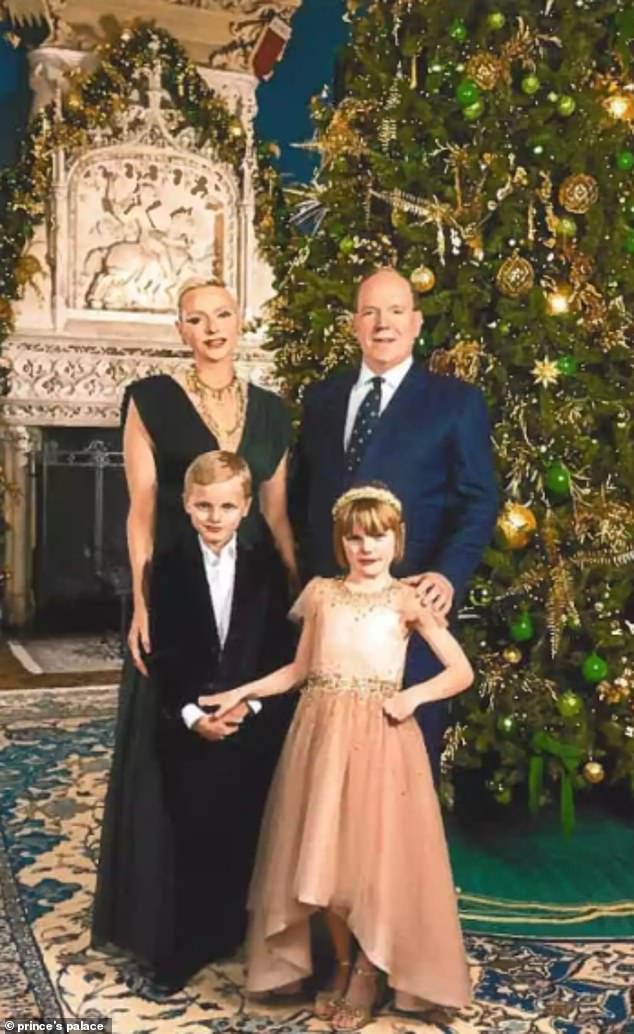 Prince Albert and Princess Charlene of Monaco have revealed their 2022 Christmas card, which shows their family gathering around a tree 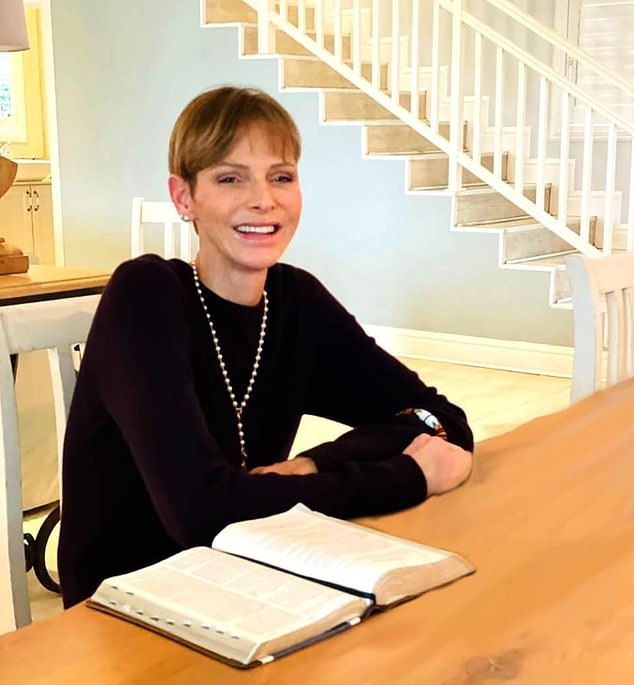 Charlene was admitted to a European treatment facility within days of her return to Monaco following a 10-month absence in her native South Africa. The royal looked frail in this Instagram post shared from South Africa in October last year 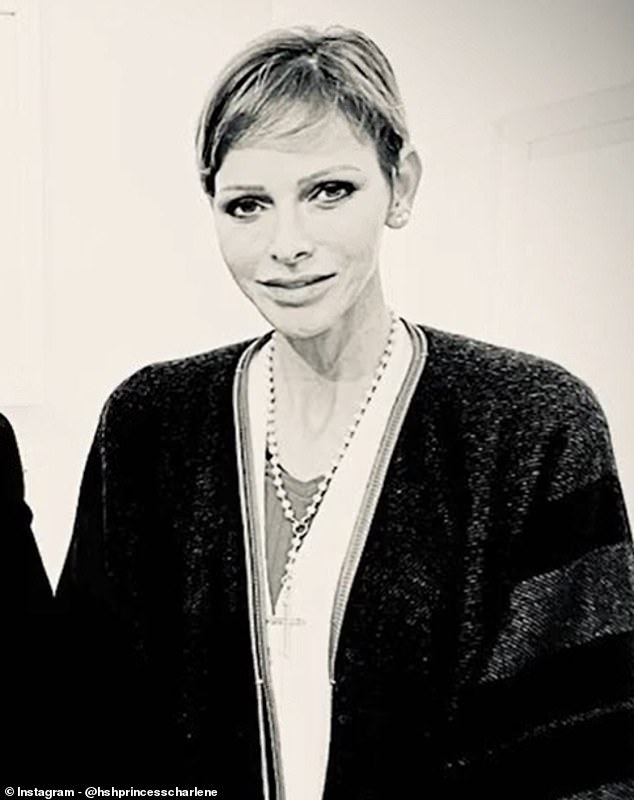 At the time, Charlene was dubbed the ‘Runaway Bride’ by the French media after allegedly trying to flee before the wedding, but the reports were always denied.

Distinguished Royal expert Stephane Bern is among those who have speculated that Charlene’s health is often used to try and disguise relationship problems.

‘The Palace has had to invoke a suffering princess so often that the Monegasques today find it hard to believe,’ he wrote in Paris Match last year.

‘By crying wolf, the mother of Jacques and Gabriella has discredited and isolated herself.’

Albert was hit with a legal claim for cash by an alleged illegitimate child in December 2020, and soon afterwards Charlene shaved half her head in the style of a punk rocker.

There were allegations that Albert had fathered a love-child with an unnamed Brazilian woman during the time when he and Charlene were already in a relationship.

The woman said she met the Prince in a nightclub in Rio de Janeiro in 2004 and that their daughter, who is now a 16-year-old Brazilian schoolgirl, sent a handwritten note to Albert.

In turn, Albert’s legal team branded the allegations ‘a hoax,’ and they never went to court – prompting speculation that the case was settled privately.

The Prince has admitted fathering two other children out of wedlock – Jazmin Grace Grimaldi, who is now 30 and the result of Albert’s affair with an American estate agent, and Alexandre Coste, 18, whose mother is a former Togolese air hostess.

Both children were struck off Monaco’s line of succession in return for financial settlements.

If you enjoyed reading this article…

‘She looks 20 years younger’: Millions obsessed with new trend flooding TikTok that sees moms swapping clothes with their daughters – and proves why ‘style has no age’

‘True crime junkie’ reveals her ‘just in case I go missing’ folder – and it includes a list of her exes, her DNA and a lock of her hair

‘99.9% of people say we’re twins’: Makeup influencer, 37, claims she’s constantly mistaken for Jennifer Lopez by strangers – so do you agree?