Prince Andrew looked in high spirits while horse-riding through the Windsor Estate this morning, as a lawyer for one of Jeffrey Epstein’s victims has warned his legal woes aren’t over yet.

The Duke of York, 62, who is often spotted out and about on horses on the estate, may face yet more issues as Ghislaine Maxwell has until 2023 to cooperate with prosecutors, according to lawyer Spencer Kuvin.

Mr Kuvin, who represented nine of Epstein’s accusers, told a new documentary that there could yet be further revelations. 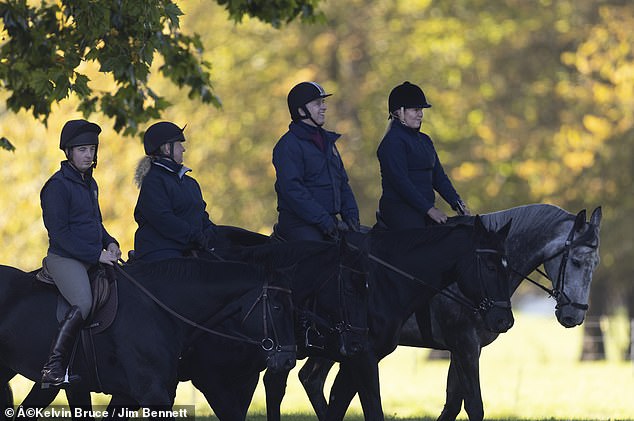 Prince Andrew, 62,  beamed as he rode his horse through the Windsor Estate this morning with some friends – amid an explosive documentary which brands him an ‘idiot’ 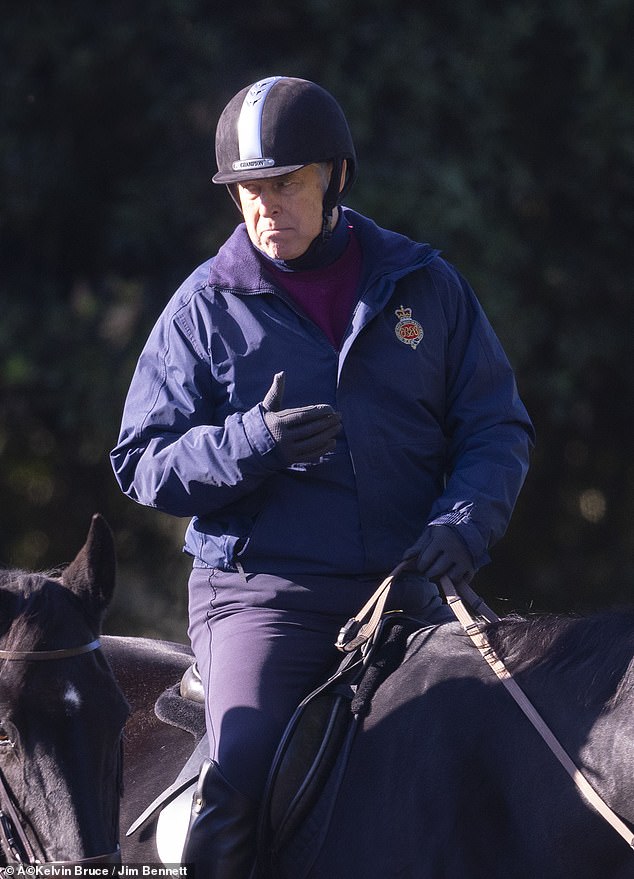 The Duke of York, who is often spotted on the Windsor Estate riding horses, a great love of his, was stripped of his military titles  in January 2022

Despite the warnings of more turmoil afoot, Prince Andrew appeared carefree as he rode through the estate – and was so seemingly relaxed he was even pictured driving his Range Rover without having his hands on the steering wheel.

Ghislaine Maxwell, 60, the former girlfriend of convicted paedophile Epstein, is currently living out her days in FCI Tallahassee, a low-security federal prison in Florida.

In June she was sentenced to 20 years in prison for conspiring with Epstein to sexually abuse dozens of young women.

Speaking in documentary ‘Prince Andrew: Banished’ which debuted on streaming service Peacock in the US last week, Mr Kuvin revealed the story ‘isn’t over’. 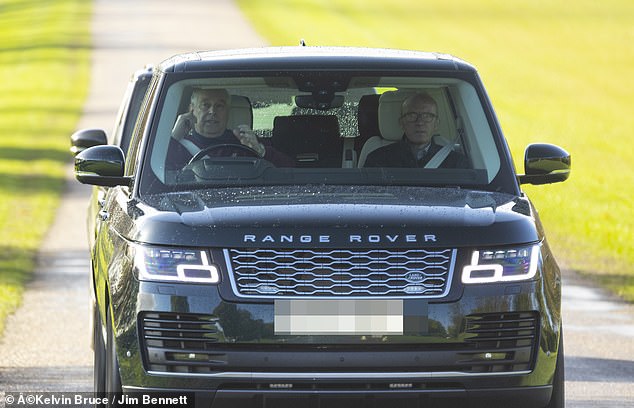 Despite warnings from a lawyer representing Jeffrey Epstein’s accusers that his legal woes may not yet be over, Andrew looked remarkably relaxed 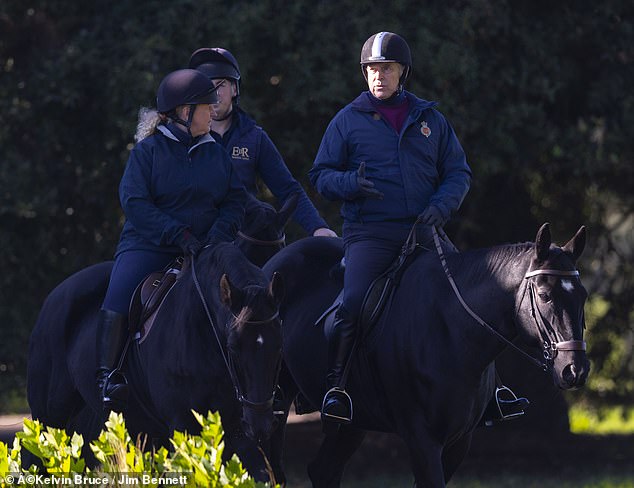 He tells the film crew: ‘There’s always one runt of the litter, and Andrew was it.’

Andrew’s royal career ended in disgrace after he was forced to pay millions of pounds in an out-of-court settlement to sex abuse accuser Virginia Giuffre earlier this year.

She claimed he sexually abused her three times in 2001 when she was 17 after being trafficked by Epstein, though Andrew has consistently denied any wrongdoing.

The settlement was not an admission of liability, but the Queen’s supposedly favorite son was stripped of his royal patronages and honorary military titles.

Following the death of Her Majesty Queen Elizabeth II, Prince Andrew was granted permission by his brother, King Charles, to wear his military uniform on one occasion in order to pay his respects to his late mother.

He was pictured arriving at Westminster Hall with his brother, Prince Edward, while dressed in the uniform, as the pair joined their siblings the King and Princess Anne to take part in a Vigil of the Princes around their mother’s coffin.

During the vigil, which lasted for around 10 minutes, the siblings stood around the Queen’s coffin to ‘guard’ it while she was lying in state and members of the public filed past.