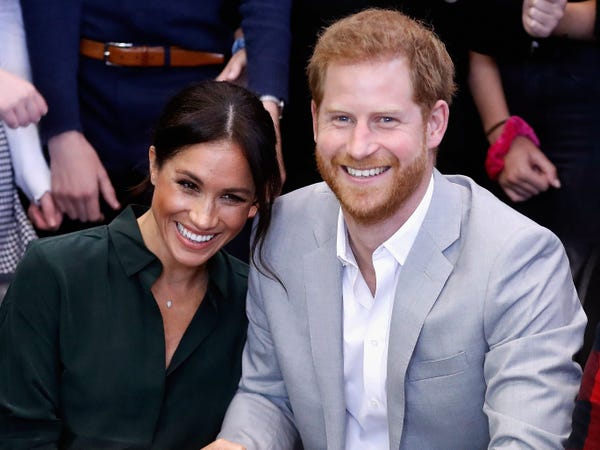 Prince Harry and Meghan, Duchess of Sussex, have paid back the £2.4 million ($3 million) of taxpayer's money used to renovate their royal residence, Frogmore Cottage, after the pair signed a multi-million-dollar deal with streaming service Netflix.

A spokesperson confirmed the duke had paid the bill in full by making a contribution to the Sovereign Grant.

Harry's spokesperson said: "A contribution has been made to the Sovereign Grant by the Duke of Sussex.

"This contribution as originally offered by Prince Harry has fully covered the necessary renovation costs of Frogmore Cottage, a property of Her Majesty The Queen, and will remain the UK residence of the duke and his family."

The building project involved turning five properties back into a single mansion — and while the couple paid for all fixtures and fittings, the cost of renovation initially fell to the taxpayer.

It was previously reported the work on the property overran after the Sussexes made a string of design changes as the renovation progressed, with the $3 million bill including structural work, rewiring, and flooring.

A source said the couple will still base themselves there with their son Archie when visiting the UK.

"It's still the plan for Frogmore Cottage to be their main family home in the UK," the source said.

The couple recently bought an £11 million ($14 million) house in Santa Barbara, having relocated to the US as they pursue a life of personal and financial freedom away from the monarchy.

Meanwhile, the couple's new Netflix deal to produce a range of films and series for the streaming service is reported to be worth $100 million.

Graham Smith of Republic, a group that campaigns for an elected head of state, said: "Harry should have paid this bill from the outset, rather than expecting the taxpayer to stump up the cash.

"They've now paid for the refurbishment while continuing to use the home whenever they stay in the UK.

"Their statement claims the cottage is the Queen's property, which is untrue.

"It belongs to the Crown Estate, which is there to raise revenue for the Treasury, so we have a right to know what rent they are paying for the place."