Prince William is a ‘normal bloke’ and ‘part of the Middleton family’ Kate’s uncle Gary Goldsmith says, adding that he first met royal ‘while he was making tea’ at the family home in Berkshire

Prince William is a ‘normal bloke’ and ‘like any other member of the Middleton family,’ his uncle-in-law has revealed.

Gary Goldsmith, the brother of Kate Middleton’s mother Carole, revealed he first met the Duke of Cambridge while making a cup of tea at the family home in Berkshire and he ‘immediately’ told all his mates about William and Kate dating, despite being ‘sworn to secrecy’.

In a new interview, the Ibiza-based self-made millionaire, 55, added that his niece has a ‘devilish and wicked sense of humour’ and was ‘born ready to be Queen’. 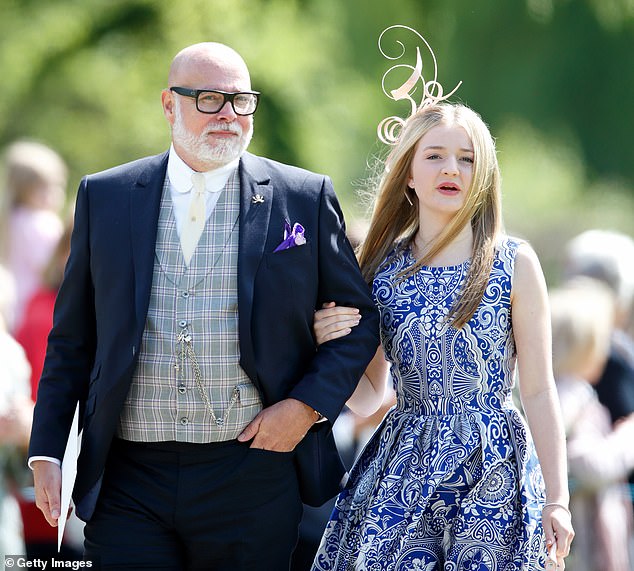 Gary Goldsmith, the brother of Kate Middleton’s mother Carole, revealed he first met the Duke of Cambridge while making a cup of tea at the family home and he ‘immediately’ told all his mates about William and Kate dating, despite being ‘sworn to secrecy’. Gary is pictured with his daughter at Pippa Middleton’s wedding in 2017

Describing the first time meeting William as ‘surreal’, he told 60 Minutes Australia: ‘I walked through the front door of the family home there’s Kate cooking supper and William making a cup of tea, all the family mooching round.

‘That’s Prince William and he was just making a cup of tea’.

Gary added that he can’t have ‘usual’ small talk with the royal – such as ‘what do you do?’ and ‘where do you live?’ but said that ‘there’s loads of fun to be had’.

‘When the rugby’s being watched, I asked “is your dad supporting Wales and you England?”’

Discussing the first time he heard William and Kate were dating, he added: ‘Well I got the phone call, I was in a board meeting, and Carole phoned me to say “this might be happening” and I was sworn to secrecy. 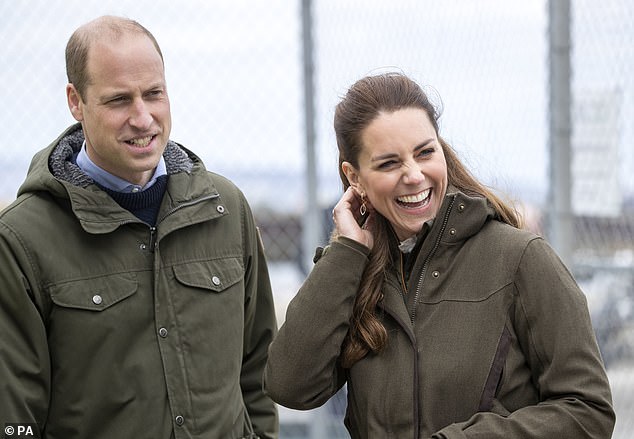 Gary said that William is ‘a normal bloke’ and like ‘any other member of the Middleton family’. William and Kate are pictured today in Saint Andrews

‘The conversation was “you what what” seriously I can’t believe this is a real thing.

‘The first thing you do even though your sworn to secrecy is tell your best mates.

‘I told them I think i’m gonna be uncle to a queen of country’.

Clearly close to his niece, Gary went on:  ‘I think she was born ready [to be Queen].

‘It’s a modern version of the royal family we know, I think she’s perfect for that role.

‘Obviously I’m a bit biased but wouldn’t Kate and William be great at it.

Discussing William and Kate’s wedding day ten years ago he added: ‘It was unbelievable from the moment we jumped into the car and went to the ceremony. 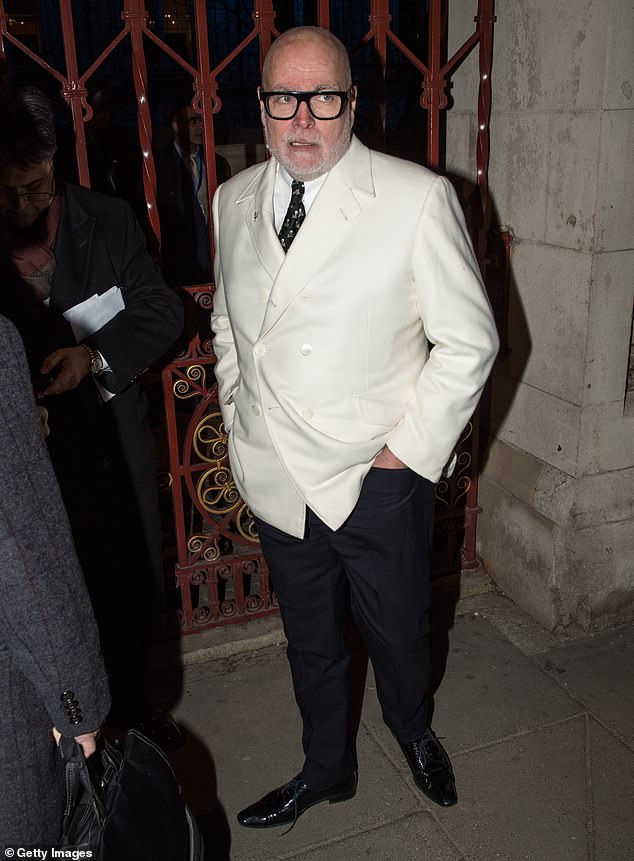 Gary, pictured at a Conservative party Black and White Ball at Natural History Museum in 2018, said that his niece has a ‘wicked sense of humour’

‘It was crazy thinking “this is out Kate; seeing her walking down the aisle with Mike [Micheal Middleton, her father], I was just looking at my daughter and we were thinking “oh em gee”‘.’

‘I’ll be like a baby when Kate becomes Queen.

‘She’s someone to be super super proud of, she’s nicer on the inside than the outside, she’s a beautiful soul.

‘She’s got a wicked and devilish sense of humour, she’s a very funny girl and laughter fills every room she’s in.

‘She’s very domestic and very good at cooking, she’s almost like the girl next door with a wicked sense of humour that happens to have a very important role’. Describing the first time meeting William as ‘surreal’, Gary told 60 Minutes Australia: ‘I walked through the front door of the family home there’s Kate cooking supper and William making a cup of tea, all the family mooching round’. William and Kate are pictured is in Scotland yesterday

In the same interview, he said he was ‘massively disappointed’ when Prince Harry and Meghan Markle decided to throw the firm ‘under a bus’ in a tell-all interview with Oprah Winfrey and also took aim at the Sussexes for claiming that Kate reduced Meghan to tears in a row over bridesmaids’ dresses.

He pleaded with them to ‘shut the F up’ and let Britons get on with ‘saving lives’ and the ‘economy’ during the height of the coronavirus pandemic in the UK.

When asked about the infamous post, he said ‘I’m embarrassed about doing it but I stand by it’.

‘We all love Harry, the whole world loves Harry, but you just don’t do what they did.

‘You just don’t do what they did and then go on Oprah and talk like that. It’s just not the way the world works.’

Among the proud uncle’s biggest gripes with the couple is Meghan’s incendiary claim the Duchess of Cambridge made her cry in an emotional row leading up to her 2018 wedding.

‘I don’t believe a word of it,’ he told the Channel Nine program.