Princess Beatrice has been snapped looking stylish as she attended the National Gallery’s Summer party in London with her husband Edoardo Mapelli Mozzi.

The royal, 33, donned a sparkling floor-length white gown for the event, the theme of which was the Alchemist’s Feast.

Alongside her spectacular frock, which had a contrasting black belt, Beatrice wore her long red tresses in loose curls, held back by a black hair band.

She finished the ensemble with a polished make-up look, wearing dark eyeliner, and a glossy pink lip. 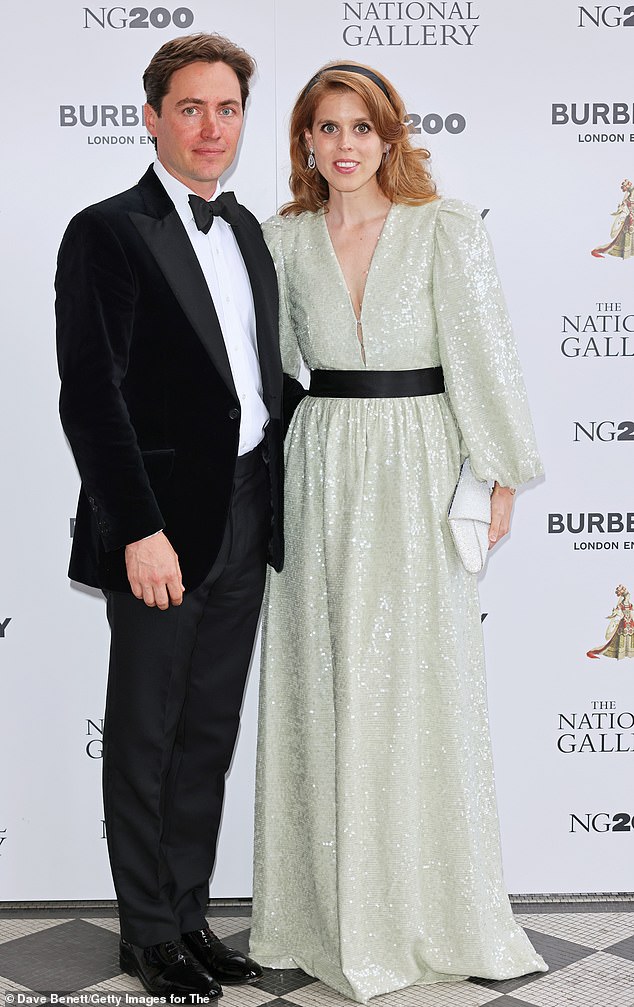 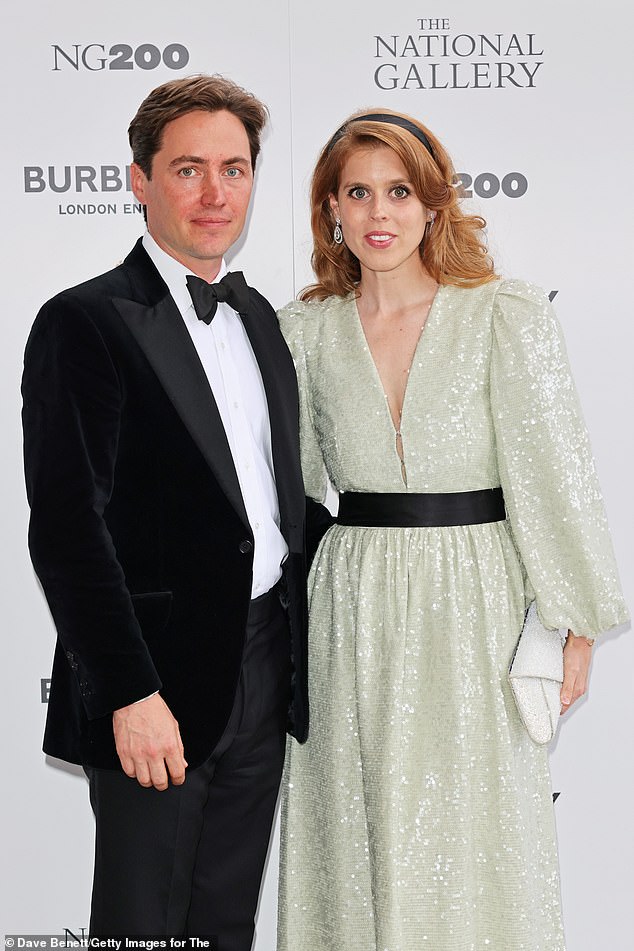 Edoardo (left) has become more of a public figure in recent times, despite being more private and reserved when he got into a relationship with Beatrice (right)

Meanwhile, her husband Edoardo donned a classic black suit, which he matched with black patent shoes, a white shirt, and black bowtie.

Edoardo, who married Beatrice on July 17 2020 in an intimate ceremony at Windsor, has become more involved with royal life in recent times, often attending events with his wife.

Tonight, they attended The Alchemist’s Feast, the inaugural summer party and fundraiser for the National Gallery’s Bicentenary campaign.

A host of well-known faces were invited, including actor Sienna Miller, and model Lara Stone. 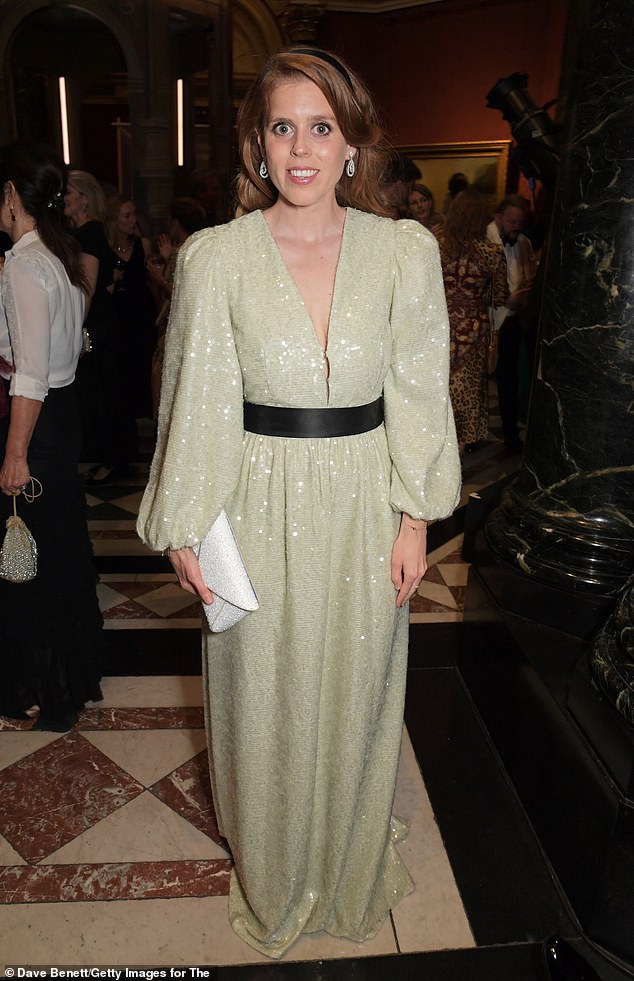 Beatrice, 33, looked striking at the event, donning an elegant, sparkling floor-length gown for the inaugural fundraising do 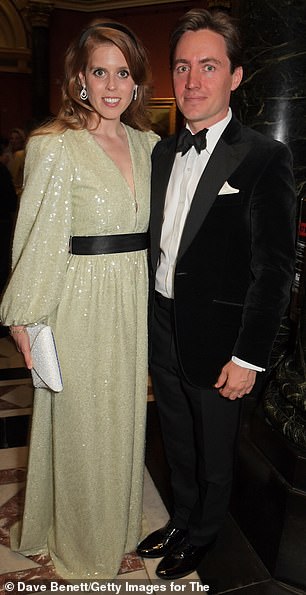 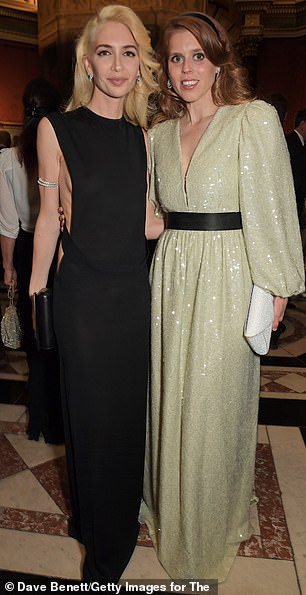 Princess Beatrice was photographed with her husband Edoardo (left) at the party, as well as with jewellery designer Sabine Getty (right) 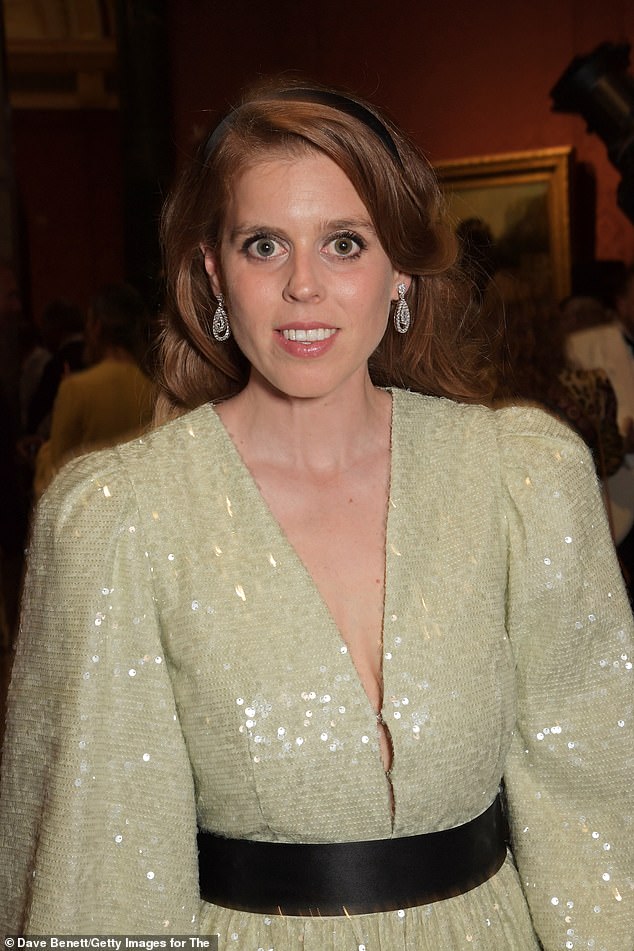 The royal couple’s appearance at the gallery is the most recent in a string of high-profile outings the royal has made with her Italian property developer husband in recent weeks.

The Italian developer, 38, initially kept a low profile when he and Beatrice started dating in late 2018, and after his September 26, 2019 proposal, eventually tying the knot on July 17 2020 in an intimate ceremony at Windsor, due to Covid-19 regulations in place at the time.

However, in recent times, he has become more open, sharing posts on social media as well as attending real-life events.

Among the couple’s public appearances in recent weeks, are days out at Royal Ascot, and a string of outings during the Queen’s Platinum Jubilee celebrations earlier this month.