Princess Eugenie has thrown support behind her grandmother the Queen and praised her video message for being a ‘brilliant beginning’ to the 2021 United Nations Climate Change Conference.

The mother-of-one, 31, took to Instagram and posted a clapping hands emoji alongside a video of Her Majesty’s impassioned speech to representatives at the COP26 summit on Monday, where she urged world leaders to ‘earn a place in history’ and ‘answer the call of those future generations.’

In another slide shared to her stories, Eugenie highlighted in green a quote from the monarch’s speech which was posted on Clarence House’s social media page.

It read: ‘In a video message, Her Majesty The Queen said: “It is a source of great pride to me that the leading role my husband played in encouraging people to protect our fragile planet, lives on through the work of our eldest son Charles and his eldest son William. I could not be more proud of them.”’ 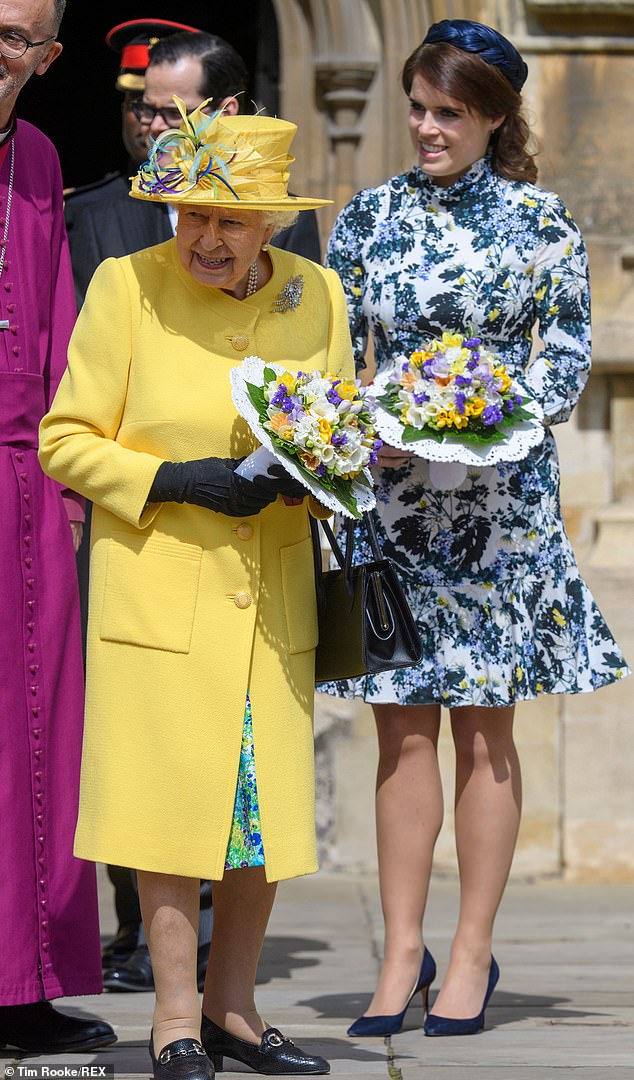 Princess Eugenie, 31, has thrown support behind her grandmother the Queen and praised her video message for being a ‘brilliant beginning’ to the 2021 United Nations Climate Change Conference. Pictured, at Royal Maundy Service, St George’s Chapel in Windsor on 18 April 2019 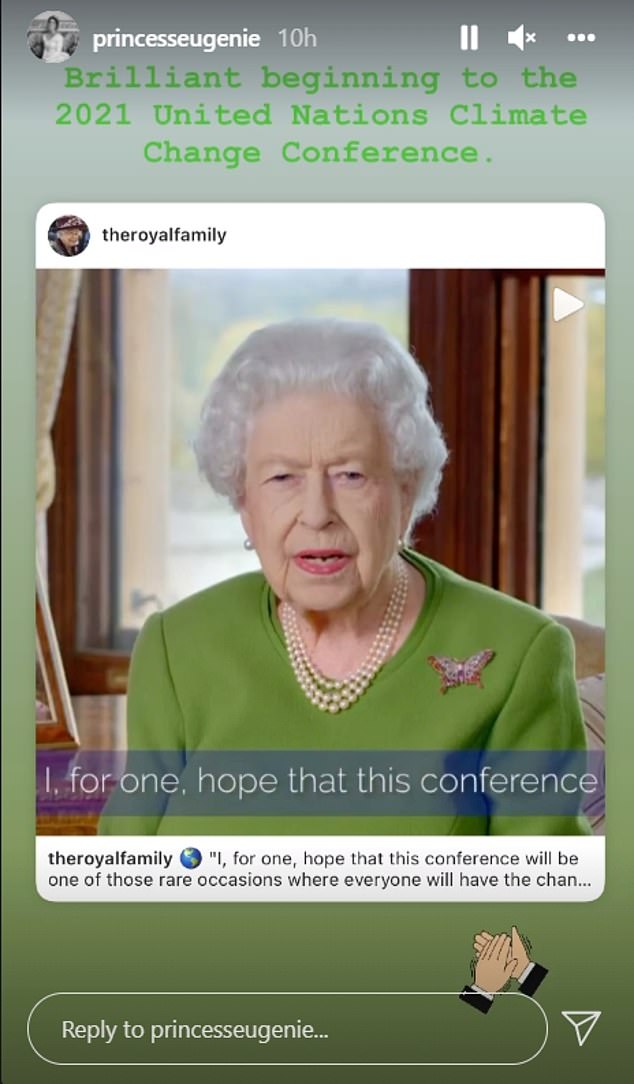 The mother-of-one, 31, took to Instagram and posted a clapping hands emoji alongside a video of Her Majesty’s impassioned speech to representatives at the COP26 summit on Monday (pictured)

The Queen’s granddaughter then added a further applauding emoji alongside a screenshot of the original post.

The monarch, who was forced to miss the conference after her overnight stay in hospital last month, told leaders via video ‘to rise above the politics of the moment, and achieve true statesmanship’ as Government representatives attended the reception for the 26th United Nations Climate Change Conference in Glasgow.

She went on to say that ‘none of us will live forever’ and ‘we are doing this not for ourselves but for our children and our children’s children, and those who will follow in their footsteps’ as she urged leaders to reach decisive COP climate change deals.

In her most personal speech to date, the monarch also paid tribute to Prince Philip and described how ‘the impact of the environment on human progress’ was a subject close to the heart of her ‘dear late husband’ – who in 1969 told a gathering: ‘If we fail to cope with this challenge, all the other problems will pale into insignificance.’ 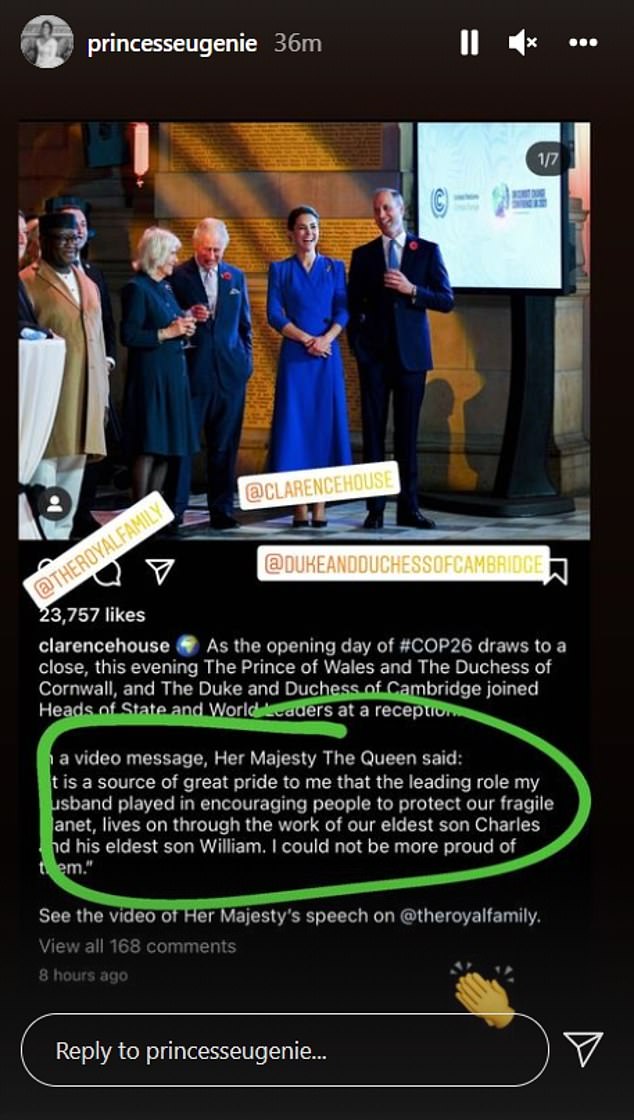 In another slide shared to her stories, Princess Eugenie highlighted in green a caption posted on Clarence House’s social media page (pictured)

During the speech, Her Majesty donned the glittering butterfly brooch, which was a gift from the Dowager Countess of Onslow at her wedding to the late Prince Philip, in 1947 and is rarely worn by the royal.

It tied in perfectly with a photograph placed behind her on a table of Prince Philip surrounded by Monarch butterflies, which was taken in Mexico in 1988.

The monarch has worn the piece less than a handful of times in the last couple of years, last opting for the brooch for a virtual engagement days before Prince Philip’s 100th birthday.

She also wore the brooch for a church service in Sandringham in 2019.

Before that, the Queen hadn’t worn the glittering brooch since 2012, when she wore the first to visit the Sandringham Women’s Institute.

Meanwhile an image was propped behind her on a table of Prince Philip visiting Mexico in February 1988.