Donations to the Yes and No camps for the Voice to parliament referendum should be disclosed in real time and not six months after the vote, legal experts say, as they urged the government to explain how it planned to provide voters with accurate information.

While the referendum campaign is still months away from hitting full stride, the No camp is already claiming to have received a $1 million donation while the Yes campaign is expected to be heavily backed by the business and corporate sectors. 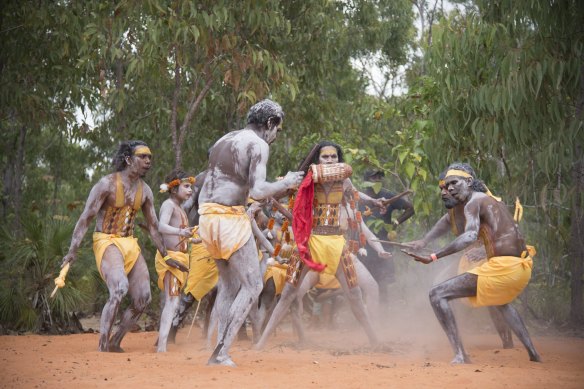 Ceremonial dance during the Garma Festival in northeast Arnhem Land, Northern Territory in July, where Prime Minister Anthony Albanese unveiled draft wording to enshrine the Voice in the Constitution.Credit:AAP

Appearing at a parliamentary inquiry into the proposed changes to the Referendum Machinery Act, Australian Electoral Commission boss Tom Rogers confirmed that data on who funds the Yes and No camps would not be available until 24 weeks after the national vote.

University of Sydney constitutional law professor Anne Twomey told the inquiry the current disclosure threshold of $15,200 was “way too high”, and the government should be using the referendum to trial real-time disclosures.

“If you could do both those two discrete things as a trial in relation to referendums before going ahead with doing it in relation to elections, I think that would be a really useful thing,” she said.

Right-wing activist group Advance claimed to have received the $1 million donation towards a campaign against the referendum next year, according to a report in The Australian.

The Albanese government has ruled out publicly funding a Yes and No case and instead has committed to running a neutral civics education campaign.

In draft laws to be debated by parliament next year, it will seek to scrap a requirement that voters be posted an official pamphlet outlining the arguments for both sides, and will set up a donations disclosure framework that replicates the same measures in the Electoral Act governing federal elections, including banning foreign donations.

But the ditching of the pamphlet has alarmed the Coalition, which has argued it will limit the ability of Australians to make an informed choice and will expose the campaign to misinformation and interference.

At the inquiry on Monday, legal academics backed plans to ditch the pamphlet but said the government had not explained how it would provide Australians with accurate information in the lead-up to the vote and ensure that the educational campaign was not partisan.

Twomey, who has examined the Yes/No pamphlets issued in previous referendums since 1912, said they often contained misleading statements and were aimed at persuading voters rather than informing them.

“I’ve seen terrible things in both Yes and No cases over time that have been incorrect or misleading or really damaging to the process. So I wouldn’t mourn the loss of the Yes/No case [pamphlet], but I really would stress it is important that there be some kind of objective and authoritative information that people can access in making their decision,” she told the inquiry.

UNSW professor George Williams, who along with Twomey is a member of the government’s legal experts referendum working group, said he was concerned that by scrapping the pamphlet “we’re getting rid of something that’s doing harm, but we haven’t got a proposal for what’s going to replace it”.

Williams said parliament should have clarity about how the money to fund the civics campaign will be used. 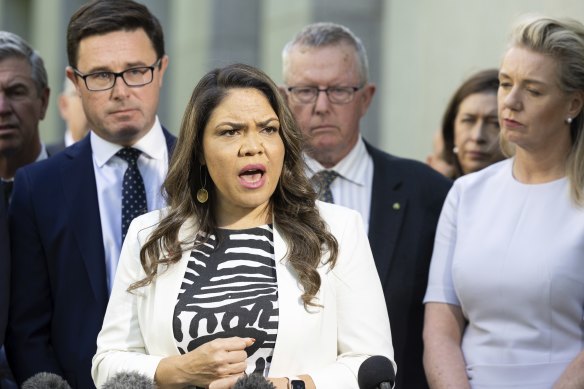 Senator Jacinta Nampijinpa Price speaks at the announcement of the National Party’s opposition to the proposed Voice.Credit:Alex Ellinghausen

”Section 11 is the clause that says you can’t fund Yes or No campaign so if it’s removed, there’s no longer anything to prevent the government from doing so. The government said it’s not going to, but that’s not really acceptable in this type of process,” he said.

Dr Gabrielle Appleby, a professor at UNSW Law School, said the bill contained “no explanation about what that government information campaign is going to look like”.

She said it should include things such as an explanation of the amendment to the constitution, an objective summary of the arguments for and against the Voice to parliament, and responses to questions people might have during the course of the campaign.