Call it their ‘wetter porter’ collection.

Rain put an end to designer Kerby Jean-Raymond‘s first couture show for fashion house Pyer Moss on Thursday. But he soothed soggy souls by handing out joints to the audience.

The show was supposed to kick off at 2 p.m. at the historic Hudson River estate of America’s first female self-made millionaire Madam C. J. Walker, but Tropical Storm Elsa wreaked havok on the event, delaying it for hours, before finally putting the kabosh (or perhaps galosh) on it for the day.

Stars including Tracey Ellis Ross were among the guests who made the three-hour round-trip from the city for the spectacle.

“We’re in the rain! We’re under a tent. Everybody is under three different tents and we’re being rained on. It’s every man for themselves. It’s crazy. There’s lightening,” one frantic guest told Page Six.

Harlem gal about town and “Bevelations” author Bevy Smith took a much lighter approach to the lousy weather. “I’m so wet. Look at my blouse. It does look good. I wish I was going to a wet T-shirt contest to make some money or something. Nobody got the wet cleavage like me,” she quipped as she waited under an umbrella for the show to start. 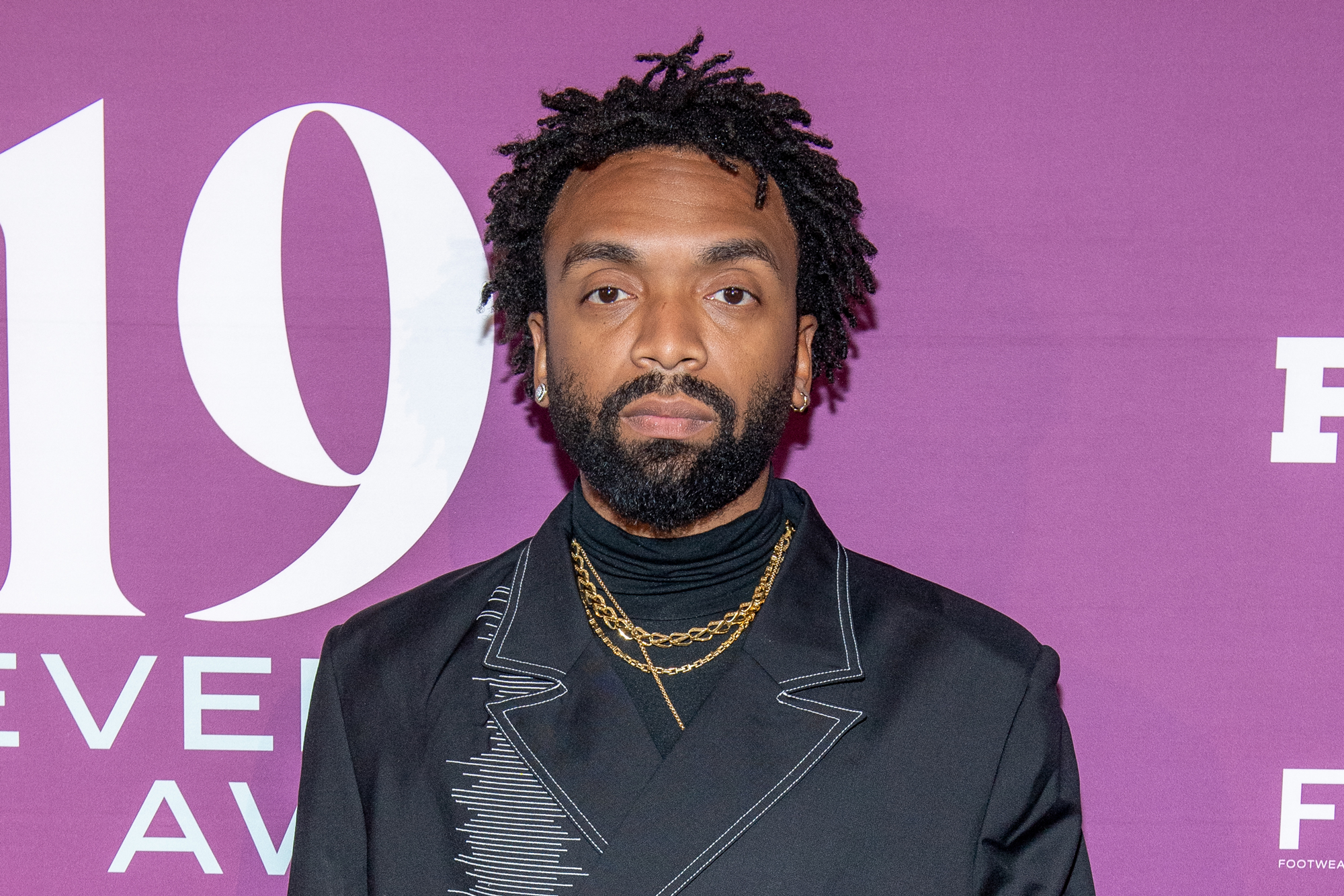 Nearly two hours in, Dario Calmese, who directed the show, hopped onstage and insisted: “It’s not the Titanic. It’s not sinking… if you’re willing to wait, it’s going to be worth the wait.”

As he addressed the crowd, pioneering model-turned-manager Bethann Hardison suggested they “play some James Brown” to keep the wet fashionistas excited. But Jean-Raymond had other favors in mind. He was spotted handing out weed in wrappers that read: “Waiting on reparations and a [bleeping] apology. Til then… we’re getting in the weed business.”

He eventually took the stage and encouraged the crowd to have fun. “I wish I could reciprocate the love right now. I’m a little emotional… We came up with this idea to do couture doing [hallucinogen] ayahuasca by the way,” he said. “My doppler [weather forecasting] app says 15 minutes. I gave you guys some products earlier, and there are drinks there sponsored by Ciroc. Thank you [Ciroc founder] Puff,” he said.

At one point it did appear as if the show would go on. Unafraid of the storm, former activist and Black Panther Elaine Brown walked the wet runway with an escort and delivered opening remarks, urging the Black community to continue the fight for freedom.

But by 5 p.m., guests were still hoping for clear skies. Lucky for them, however, there was an open bar and a DJ, who had them dancing under the tents to classics like Lisa Lisa & Cult Jam.

Jean-Raymond plans to give it another shot on Saturday.

A rep did not get back to us.