Bit of all white! Queen Maxima of the Netherlands dons a chic recycled power suit as she attends the annual symposium of the Money Wise platform

Queen Maxima of the Netherlands stunned today as she recycled a white blazer and trousers set for her attendance at the annual symposium of the Money Wise platform in The Hague.

The Dutch royal, 50, first wore the suit for her family’s annual portrait last year, but chose to refresh the look with brown accessories for today’s solo engagement.

The mother-of-three appeared summery as she arrived at the prevention of money worries event wearing large round sunglasses. 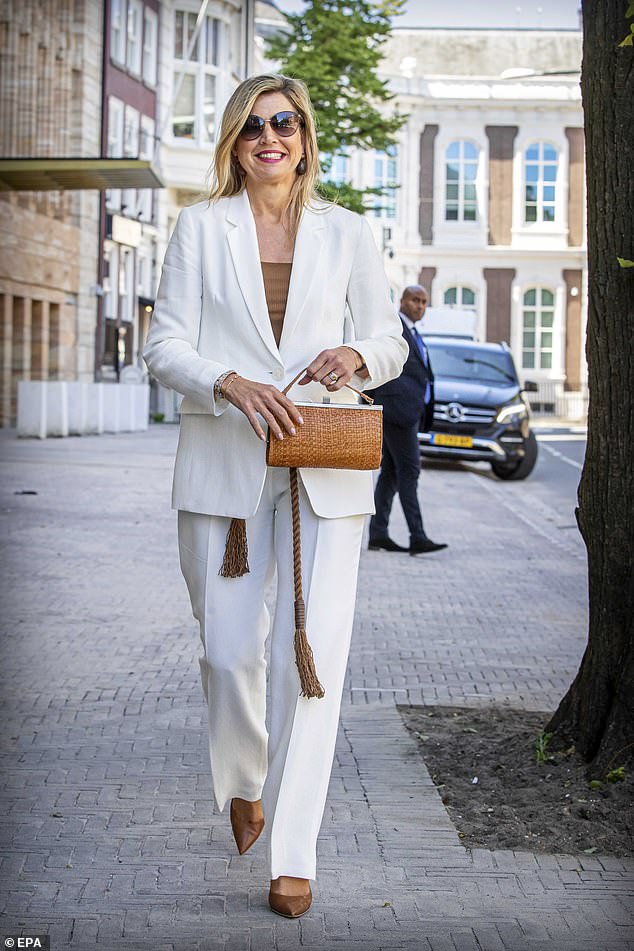 Queen Maxima, 50 (pictured) attended the annual symposium of the Money Wise platform on Monday afternoon in The Hague 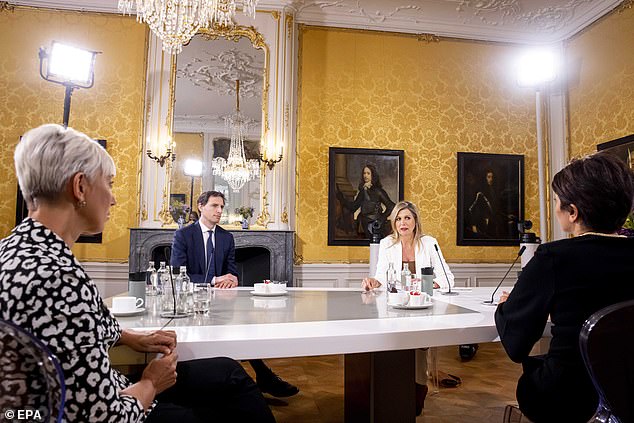 Maxima looked trendy in a white blazer and trouser suit, complete with a brown blouse and coordinating accessories. Pictured: The royal and Dutch Minister of Finance Wopke Hoekstra, talking with general practitioners

Maxima opted for a brown clutch bag of a similar shade to her court heels and blouse to complete her outfit.

The power dresser then opted for loose waves and a side-parting in her hair, along with a classic red lipstick to draw attention to her smile.

She joined leadership of the day chair Sabine Uitslag and Minister Hoekstra to speak with a general practitioner from the Schilderswijk in The Hague and a youth health care adviser about the impact money worries can have on health.

The theme of the annual symposium follows research which shows money woes can cause physical and mental health concerns, which not only cause stress but also alter the ability to think critically. 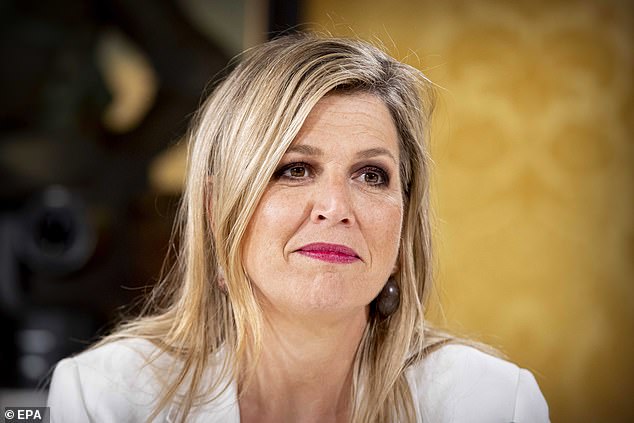 Two experts spoke candidly about the consequences of financial stressful situation on their lives.

This was followed by a presentation of a fan with building blocks for organisations that offer help to financially vulnerable people.

The fan was included following three questions Queen Maxima had posed to participants during the 2020 Money Wise Symposium.

The honourary chair of the Money Wise Platform had asked, ‘How do we get in touch with financially vulnerable people as early as possible? How do we contribute to their resilience? How do we strengthen cooperation between organisations that come into contact with these people?’ 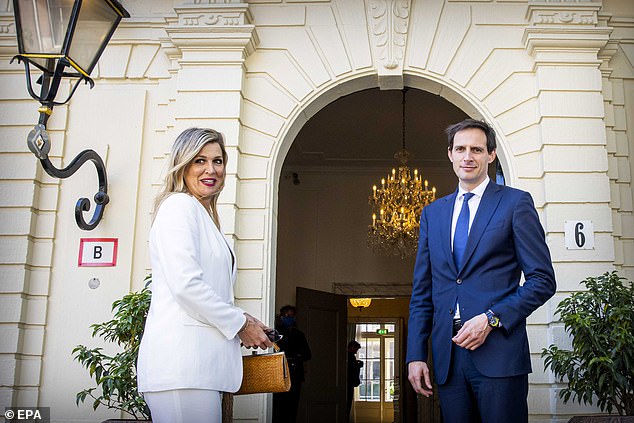 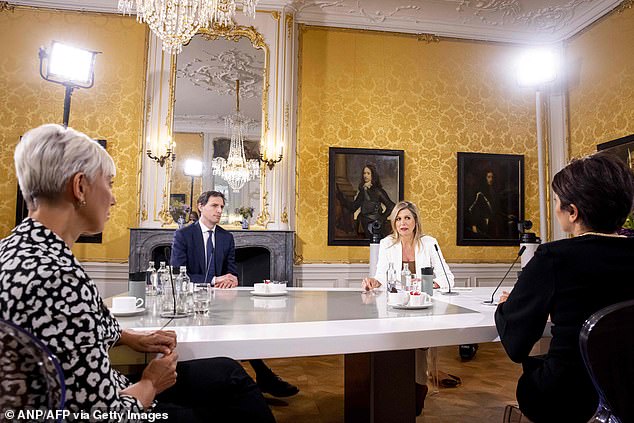 Towards the end of the engagement a fan was presented based on the questions Maxima had asked at the 2020 event. Pictured: The royal and Dutch Minister of Finance Wopke Hoekstra, talking with general practitioners

Queen Maxima has continuously used her role within the organisation to champion financial education and the sensible use of money.

Money Wise, which is an initiative of the Ministry of Finance, invites participants who want to promote financial fitness within the Netherlands to be in the audience of the symposium.

Partners can include people from the government, science as well as the financial sector.

Queen Maxima, who is the wife of King Willem-Alexander, 54, and mother to daughters Amalia, 17, Alexia, 15, and Ariane, 14, appeared committed to the cause as she spoke animatedly at the event today. 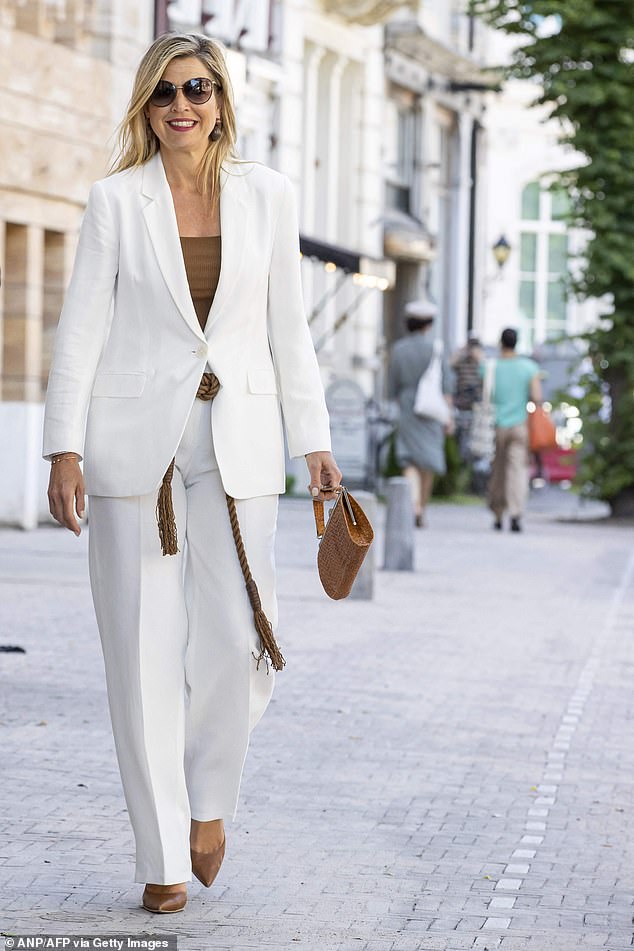