The Queen’s cousin Simon Bowes-Lyon, who was jailed for sex assault on a 26-year-old woman is pictured attending another London wedding following his release from prison last Summer

Simon Bowes-Lyon has been pictured at a London wedding just seven months after being released from jail, where he served time for sexual assault.

The Earl of Strathmore, 35, a cousin of the Queen, was seen leaving the church following the nuptials in Notting Hill today.

He was pictured clutching what looked like an order of service as he walked down the street alone after the service.

Meanwhile, guests were seen mingling and loitering in the road, as they waited to board double decker wedding buses. 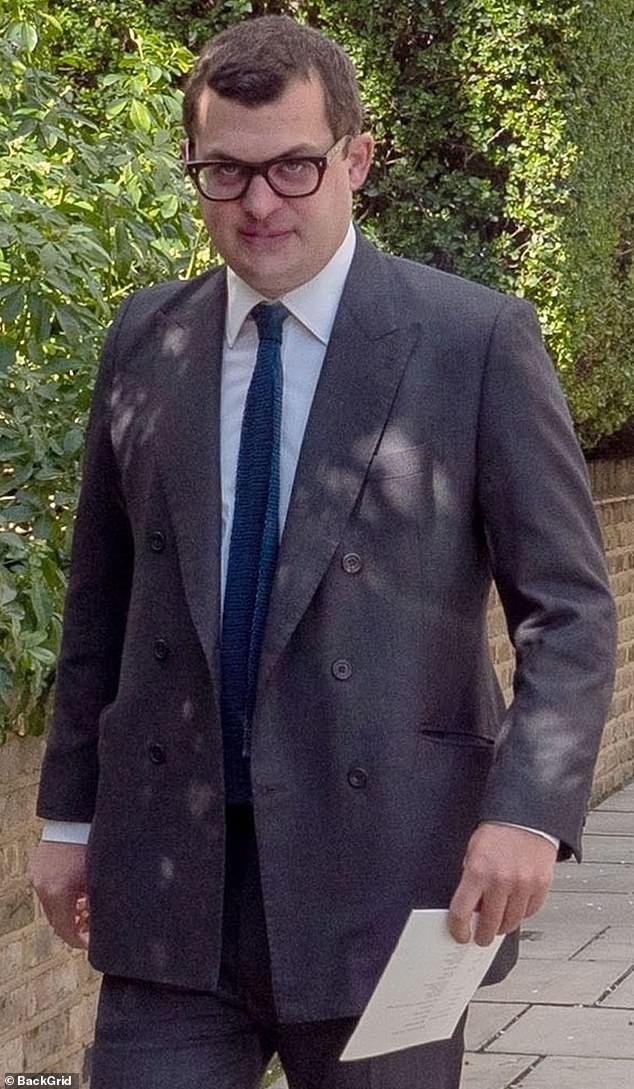 Simon Bowes-Lyon, the Earl of Strathmore, a cousin of the Queen, was snapped attending a wedding in Notting Hill today 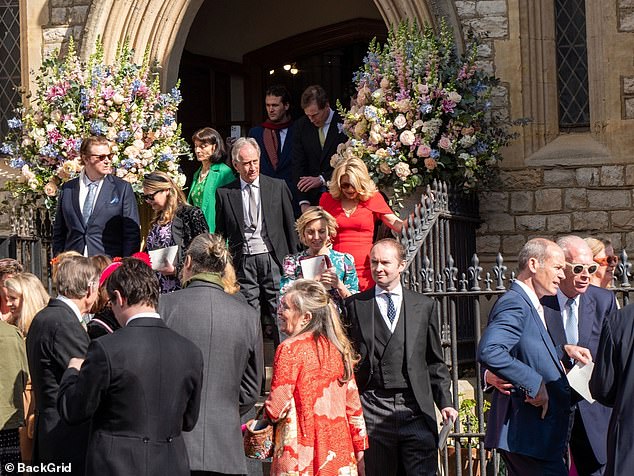 Guests poured of St Mary of the Angels church, where the Queen’s disgraced cousin Simon Bowes-Lyon was photographed attending a wedding

Today’s ceremony was the second one the earl has been pictured at in recent weeks: last month, he was snapped at his younger brother Jock’s wedding to socialite Posy Brinkley.

Those images marked the first time the earl had been photographed since his release.

According to an onlooker, other guests at Jock’s wedding seemed to engage normally with Bowes-Lyon.

The onlooker said: ‘Everyone seemed to greet him. Some did fist bumps because of Covid, but they all seemed chatty with him. It was almost as if nothing had happened.’ 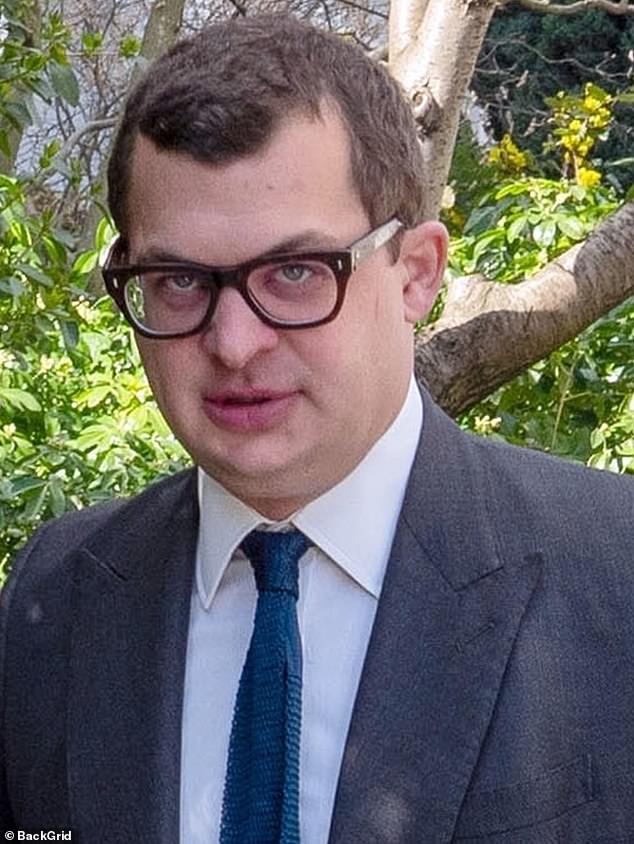 The Earl of Strathmore, pictured in London today, is a first cousin twice removed of the Queen and a great-great-nephew of the Queen Mother 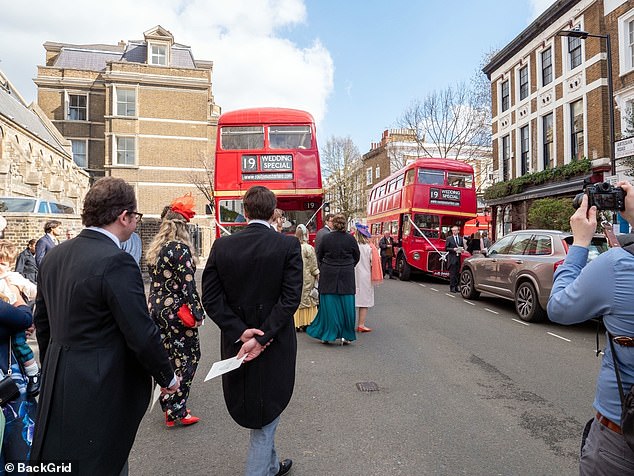 After the service, some of the guests were spotted loitering in the road, as they waited to board double-decker wedding buses

Simon Bowes-Lyon, known as Sam, is a first cousin twice removed of the Queen and a great-great-nephew of the late Queen Mother.

He was jailed last February for sexually assaulting a 26-year-old woman at his ancestral home, Glamis Castle in February 2020.

He persuaded her to open a door before pushing her on to a bed and subjecting her to a drink-fuelled attack that lasted for 20 minutes.

His ‘force, aggression and persistence’ left the woman, who cannot be named for legal reasons, suffering from nightmares and needing therapy, a court heard.

He pleaded guilty to the sexual assault which took place at his 16,500-acre estate near Forfar in Angus . 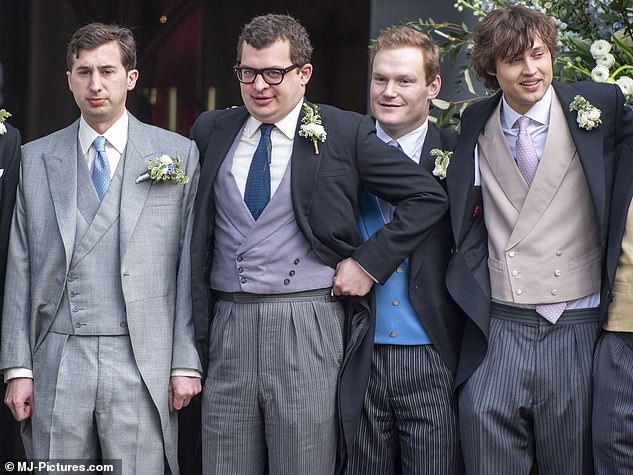 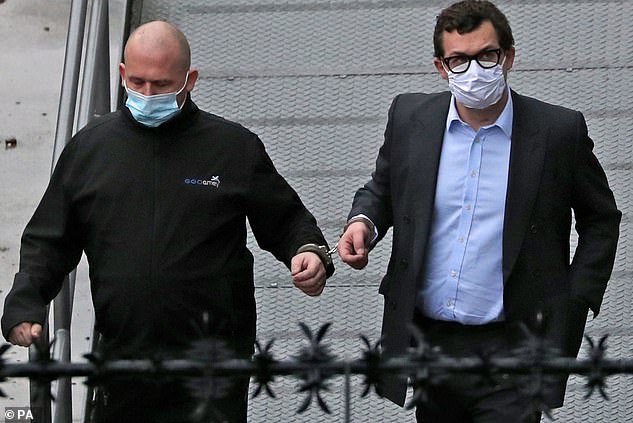 Handcuffed: Bowes-Lyon in February 2021, after being sentenced to 10 months imprison for sexually assaulting a woman 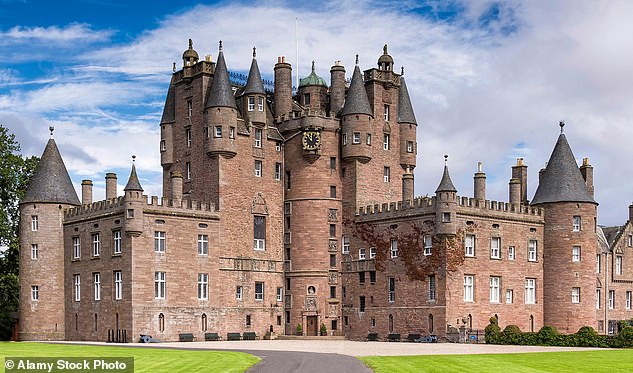 Where the assault took place: Glamis Castle is Simon Bowes-Lyons’ ancestral home, it is situated beside the village of Glamis in Angus

He was jailed for 10 months at Dundee Sheriff Court with his name put on the register of sex offenders for 10 years.

He had previously issued a public apology to his victim, but Sheriff Alistair Carmichael told him that there was no alternative to custody.

The aristocrat is understood to have been released from prison in August last year after serving half his sentence.

A friend, who did not want to be named, said at the time: ‘As far as possible he wants to move on with his life.’