Third time’s the charm! After previously canceling their planned nuptials twice due to the coronavirus pandemic, Wells Adams and fiancée Sarah Hyland are back into wedding planning mode.

Sarah Hyland and Wells Adams: A Timeline of Their Relationship

“Yeah, [we] put the brakes on our wedding twice,” the Bachelor in Paradise bartender, 37, exclusively told Us Weekly while discussing his participation in the Hilton Grand Vacations Tournament of Champions in Orlando, Florida. “I mean, obviously, like, we definitely want to figure it out and have the freaking thing.”

He continued at the time, “So, we’re thinking next year, we’ll finally [get married], unless, like, some other weird thing happens and who knows, it might. I wouldn’t put anything against this world these days, but fingers crossed [that] no other crazy things happen and we will be married.”

Despite having to cancel their previous celebratory plans, Adams noted that he and the Modern Family alum, 31, still intend to hold a big party.

“I think we want it over-the-top wedding purely for the gifts,” the Bachelorette alum jokingly told Us. “Listen, we have a lot of rich friends that they need to ante up and get us some good stuff.”

However, if the pair has to push their plans again, the radio personality is more than ready to elope. 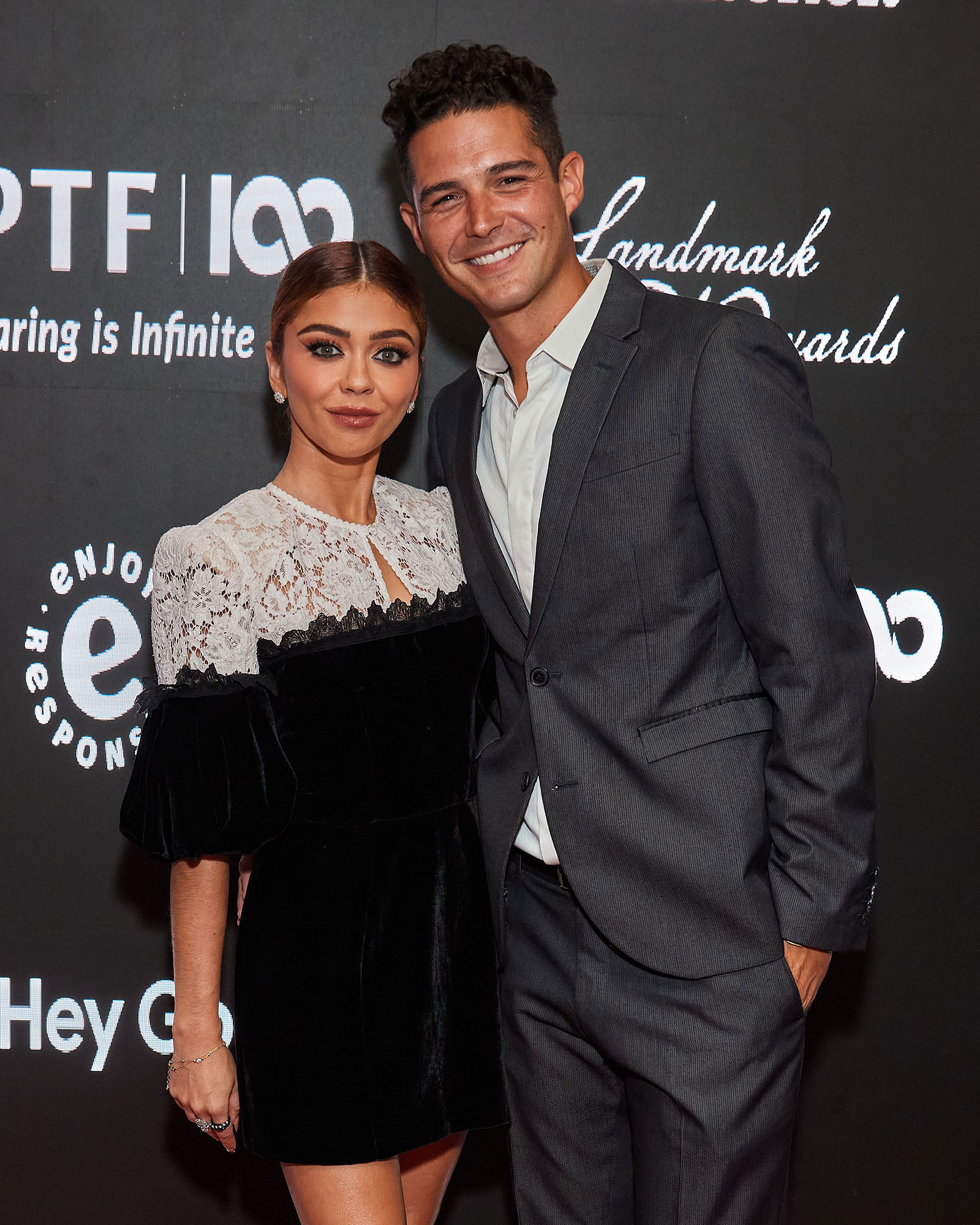 “I’m fine with it,” he explained. “If I’m being completely honest, I do feel, like, we’ve given someone a bunch of money though. If we elope, we’d lose that [which] doesn’t make any sense to me. But, yeah, if we get pushed again, we’re going to Vegas or, I don’t know, wherever [and] knocking it out because we need the tax breaks.”

Though the duo — who got engaged in July 2019 after nearly two years of dating — have yet to tie the knot, things already feel official for the “Your Favorite Thing” podcast host.

“We bought a house together,” Adams added. “I feel like when you buy a house with somebody you’re married, you know? We’ve got dogs together, we own a house together. Like, I guess like the next thing would be kids, but yeah it definitely feels like [it], but I do want to get married because, you know, when women see the ring, they notice [you’re taken], and listen, I’m a hot commodity down that [BiP] beach, guys.”

Dua and Anwar! Sarah and Wells! Celeb Couples Who Met on Social Media

Days later, the ABC personality further dished about their wedding plans after the pair attended the 2021 People’s Choice Awards together.

“We’re being patient on, like, waiting for the time to be able to safely have a big [wedding],” he exclusively told Us on Tuesday, December 7, ahead of the Los Angeles award show. “I think at this point there’s a dream situation. I think that every little girl grows up thinking about that, and I’m sure Sarah has that vision in her head about what that day is going to look like.”

Before the couple — who started dating in 2017 — walks down the aisle, Adams is set to participate in the Hilton Grand Vacations Tournament of Champions.

“It’s really the best of the best because you have to have won a tournament to get into this one,” the former BiP contestant told Us about the golf event. “These women are going to be playing for a little bragging rights and a whole lot of money and then there are a bunch of celebrities [and] … they’ve allowed me to be playing with them. It’s going to be a beautiful four days of women showcasing how great they are at golf and then a bunch of us showcasing how bad we are.”

With reporting by Christina Garibaldi and Andrea Simpson