Rebel Wilson has been celebrating her birthday on Marlon Brando’s private island — which she has renamed “Rebel Island” for the week, sources exclusively tell Page Six.

It’s the same eco-friendly getaway where Kim Kardashian and Leonardo DiCaprio have celebrated birthdays in the past.

The “Pitch Perfect” star’s 41st birthday was in March, but her planned blowout at the time was postponed because of the pandemic — and the shooting of final segments for a documentary about her 2020 “year of health” with those closest to her, we hear.

Sources say that Wilson has been staying at posh eco-resort The Brando with guests including her “Pitch Perfect” costars Anna Kendrick, Brittany Snow, Chrissie Fit and Shelley Regner.

Wilson and the group have been sharing images on social media with the hashtag #RebelIsland — though it was previously unknown where they were celebrating. 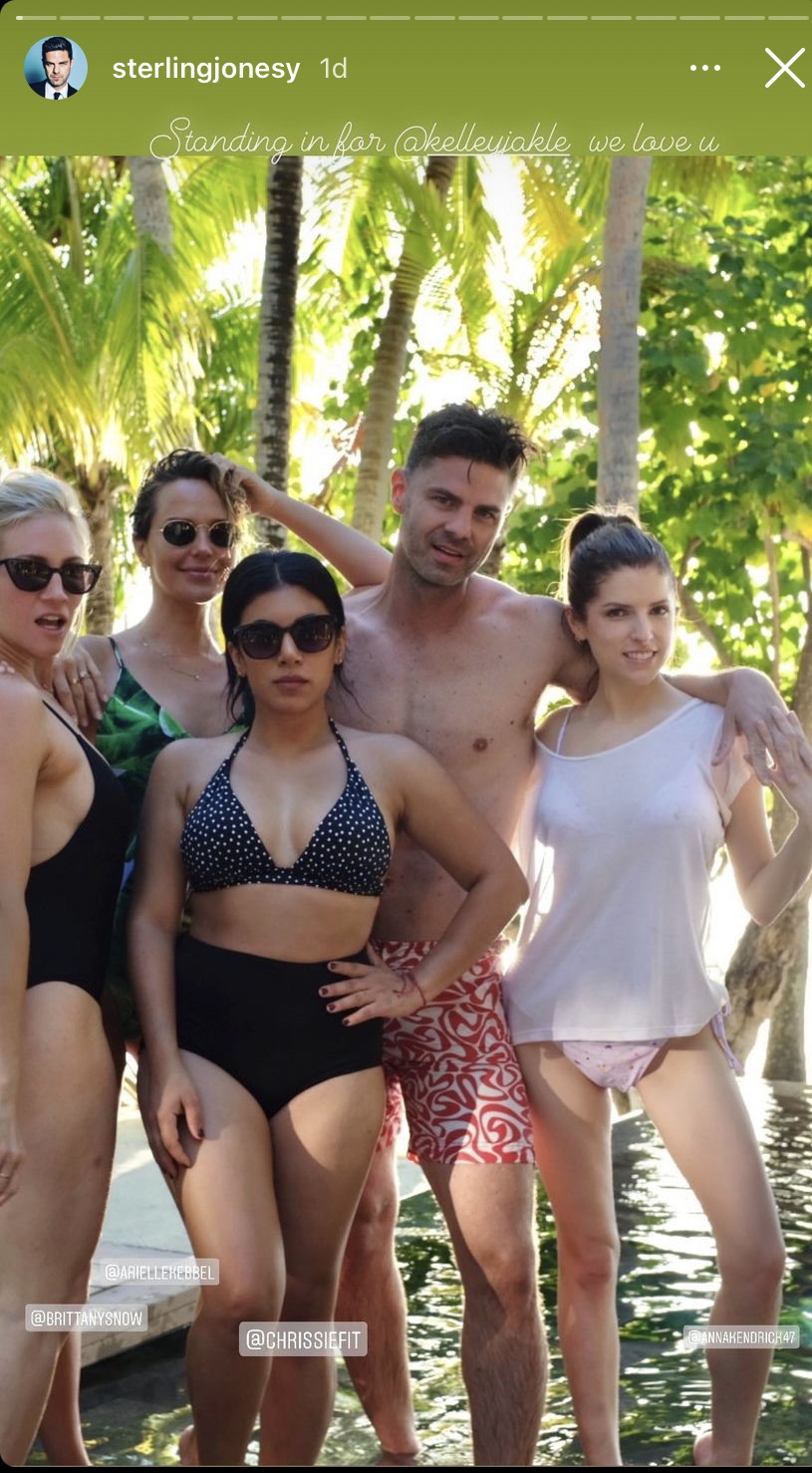 A source told us: “The group spent their days on the eco-friendly resort island swimming, snorkeling, picnicking, and exploring remote islands — as well as having many themed parties such as a ‘shipwrecked mermaid’ dinner, an ’80s pool party, and movie night playing one of Rebel’s favorite films, 1971’s ‘Willy Wonka And The Chocolate Factory.’”

We hear that Wilson stayed in the same villa at the exclusive resort where Barack Obama reportedly wrote his memoir.

Wilson and company also swam in a secret lagoon on a pristine spot that’s allegedly been dubbed the “Billionaire’s Pool” by DiCaprio during his visits to the island. 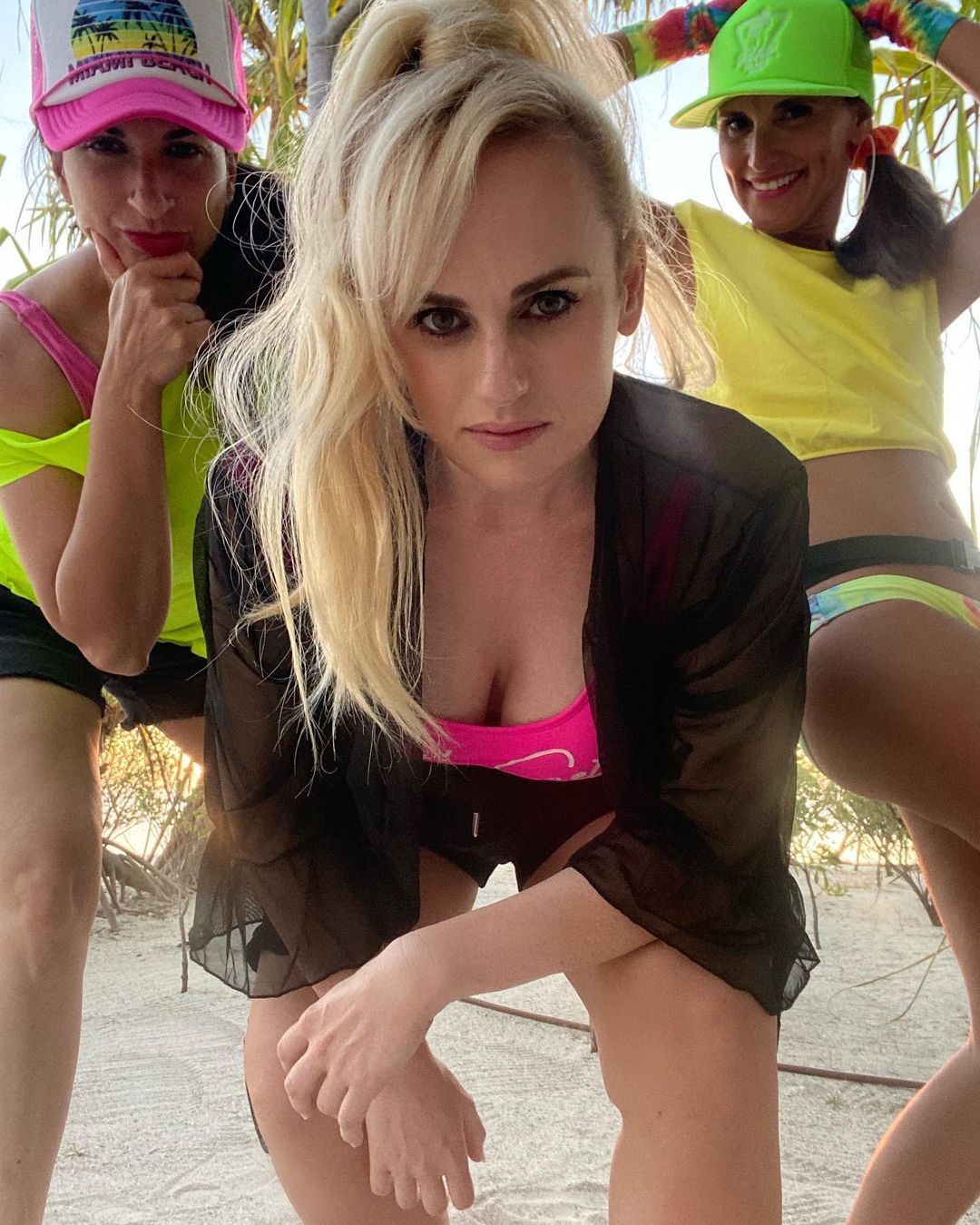 When reached for comment about the birthday trip, Wilson told us in a statement: “I feel so lucky to get to share such an incredible adventure with those I love dearly. ‘Rebel Island’ was something I dreamt up years ago, and The Brando made all my dreams come true with this trip. It was beyond epic and inspiring. This place is absolute heaven — no wonder Marlon Brando worshipped it.”

Actor Sterling Jones has also been posting Instagram Stories from the Rebel Island birthday trip as a guest, as has “Entertainment Tonight” host Carly Steel.

Wilson also captioned a shot on Instagram of herself with two more pals, “Zahra is one of my besties from high school who now crushes it as a lawyer in Manhattan and Lorelei is my former Youth Ambassador friend (when we toured Southern Africa) who now works literally for world peace. And they’re both Moms who crush it every day!”

The group was wearing lots of neon colors on the beach for the ’80s-themed party — with slimmed-down Wilson donning a hot pink top that said “Let’s Get Physical.” Pals also seemed to be outfitted with some fun Rebel Island swag.

The Brando is the same spot where Kim Kardashian celebrated her 40th birthday last year with her family, and DiCaprio celebrated his 42nd birthday in 2016 with his mom and then-girlfriend Nina Agdal.