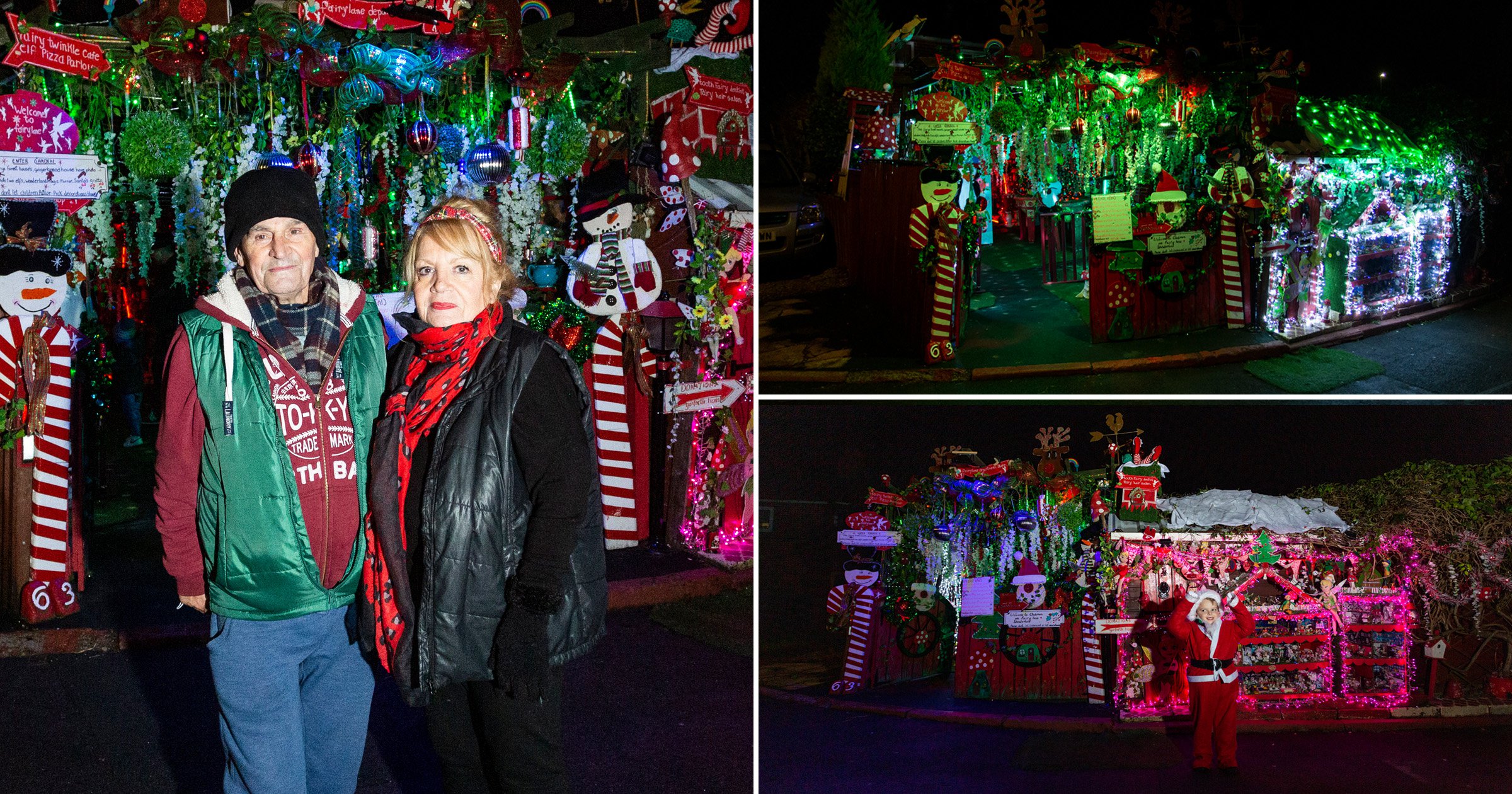 If you happen to be strolling around Leeds this evening, you’ll want to make a stop by May and Rod’s house.

Retired couple May Proctor, 71, and her husband Rod, 73, have transformed their garden into a gloriously festive ‘fairyland’ themed light parade for local kids (and grownups, let’s be honest) to enjoy.

May and Rod came up with the concept last year but this festive season is to be the biggest display yet.

The mystical garden is open for children to walk through and upon entry they will find a ‘fairy world’ filled with pizza parlours, miniature shops and an enchanted forest.

This year another world awaits visitors, beyond the garden. The home itself has been transformed with Alice in Wonderland props and a photo booth.

May says she is a fairy fanatic and that the sheer amount of decoration is worth it for the ‘magic’.

‘I’ve always liked to make a bit of an enchanted garden – but this year I’ve just gone overboard,’ she said.

An ex-dinner lady, the Leeds native says she and her husband never planned on doing the the light display this year.

Then as autumn approached, the couple decided against postponement and went on to create a light extravaganza.

‘But we would generally go into the schools and help with the Christmas Grotto, and with the St. Patrick’s Day parade.

The theme for this year’s fairy display – ‘Fairy Lane in Wonderland’ – is inspired by the mystical world of Lewis Carroll’s Alice in Wonderland.

Throughout the house and garden, visitors will go down a rabbit hole into a fantasy realm.

‘Last year it was just outside, but this year it’s inside, and it’s just amazing,’ May explains.

‘Outside, I’ve made my own fairies and dangled them in with the flowers, so it looks like a proper, proper Christmas fairyland.

‘But inside, we’ve got some stage props – so we’ve got a mirror with all Alice in Wonderland features around it.

‘The little’uns absolutely love it, but I only let ten to 12 inside at a time because of Covid, where they can sit down and have their pictures taken.’

May and her husband create all the decorations and ornaments themselves. The most popular are toadstool chairs and tables, with people from as far away as the US asking to have sets shipped across the Atlantic.

‘If people are cutting trees down, I say “save me a stump”, and my husband slices them,’ said May.

‘Then I’ll make the toad stall roof out of sand and cement. My grandson, Pete, helps out. He’s only five and he’s amazing.

‘Most people just go, how the heck are you doing this?

‘And if I put them on a DIY budget site, they just go mental.’

Send us an email at [email protected]