Every June, the royal household releases a report detailing its annual finances. The review for 2018-19 is in and British taxpayers are finding out what cost what and who had the highest expenses.

So which member of the royal family cost taxpayers the most over the last year? Is it Prince Harry and Meghan Markle, Prince William and Kate Middleton, Prince Charles and Camilla, or Queen Elizabeth II? Read on to find out the answer, plus how much they actually spent. 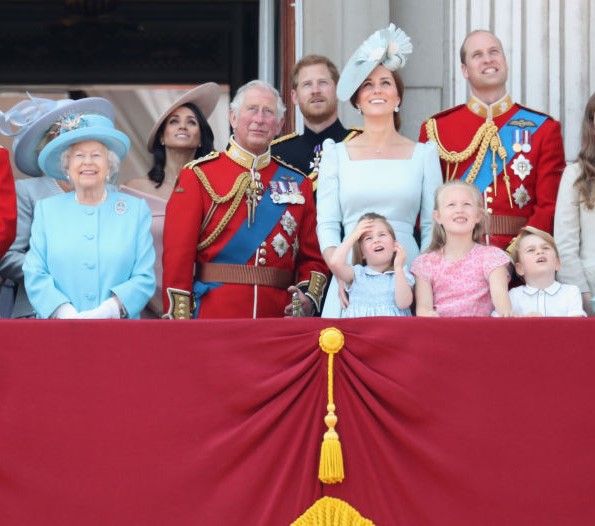 Who cost taxpayers the most?

The royals who cost the most to fund are Prince Charles and his wife, Camilla Parker Bowles.

The Express noted that the entire family’s annual travel budget was £2.7 million or just over $3 million USD. Between April 1, 2018, and March 31, 2019, the future king and the Duchess of Cornwall’s travel costs alone were nearly half that, which is a hike from previous years.

After the review was published a palace aide commented on the prince’s trips abroad saying, “His overseas travel was at the behest of the Foreign Office who realizes he is a terrific ambassador for Britain.”

How much Markle and Harry’s Frogmore Cottage renovations cost?

But the Prince of Wales wasn’t the only racking up some high expenses over the year.

The review also showed that Prince Harry and Markle’s renovations on their new Frogmore Cottage residence in Windsor added up to cost taxpayers in the U.K. £2.4 million ($3,044,676).

“The property had not been the subject of work for some years and had already been earmarked for renovation in line with our responsibility to maintain the condition of the Occupied Royal Palaces estate,” explained
Sir Michael Stevens, Keeper of the Privy Purse. “The Sovereign Grant covered the work undertaken to turn the building into the official residence and home of the Duke and Duchess of Sussex and their new family. The building was returned to a single residence and outdated infrastructure was replaced to guarantee the long-term future of the property.”

He added that “Substantially all fixtures and fittings were paid for by Their Royal Highnesses.”

Harry’s brother, Prince William and his wife, the Duchess of Cambridge, spent a hefty amount as well on their Kensington Palace renovations back in 2013 which totaled £4.2 million ($5,328,120).

At the time, a palace spokesperson said that project needed to be done because prior to that “the residence was in a state of disrepair” and “was last refurbished in 1963.”

The project included converting old offices into an apartment and having a new kitchen put in. However, the spokesman clarified that the latter was privately paid for by the royals.

Read more: Who is the Hardest-Working Royal (The Answer Will Surprise You)