Erika Jayne denies comparing herself to Jesus Christ after backlash

The “Real Housewives of Beverly Hills” sure knows how to dress up.

Kathy Hilton, Lisa Rinna, Dorit Kemsley and former co-star Teddi Mellencamp all supported Kyle Richards at the premiere of her new movie, “Halloween Kills,” on Tuesday night — and dressed up in their finest spooky garb.

While Richards — who is reprising her role as Lindsey Wallace for the scary movie — played the ringmaster in a top hat and thigh-high boots, her sister once again poked fun at her hilarious “Hunky Dory” mixup.

Dressed up as a dentist named Hunky Dory, DDS, Hilton even came prepared with props including cotton balls, dentures and medication.

The costume was also a callback to the star’s onscreen admission that she used to perform dental procedures on local kids when she was a child; she also worked as a dental assistant for some time. 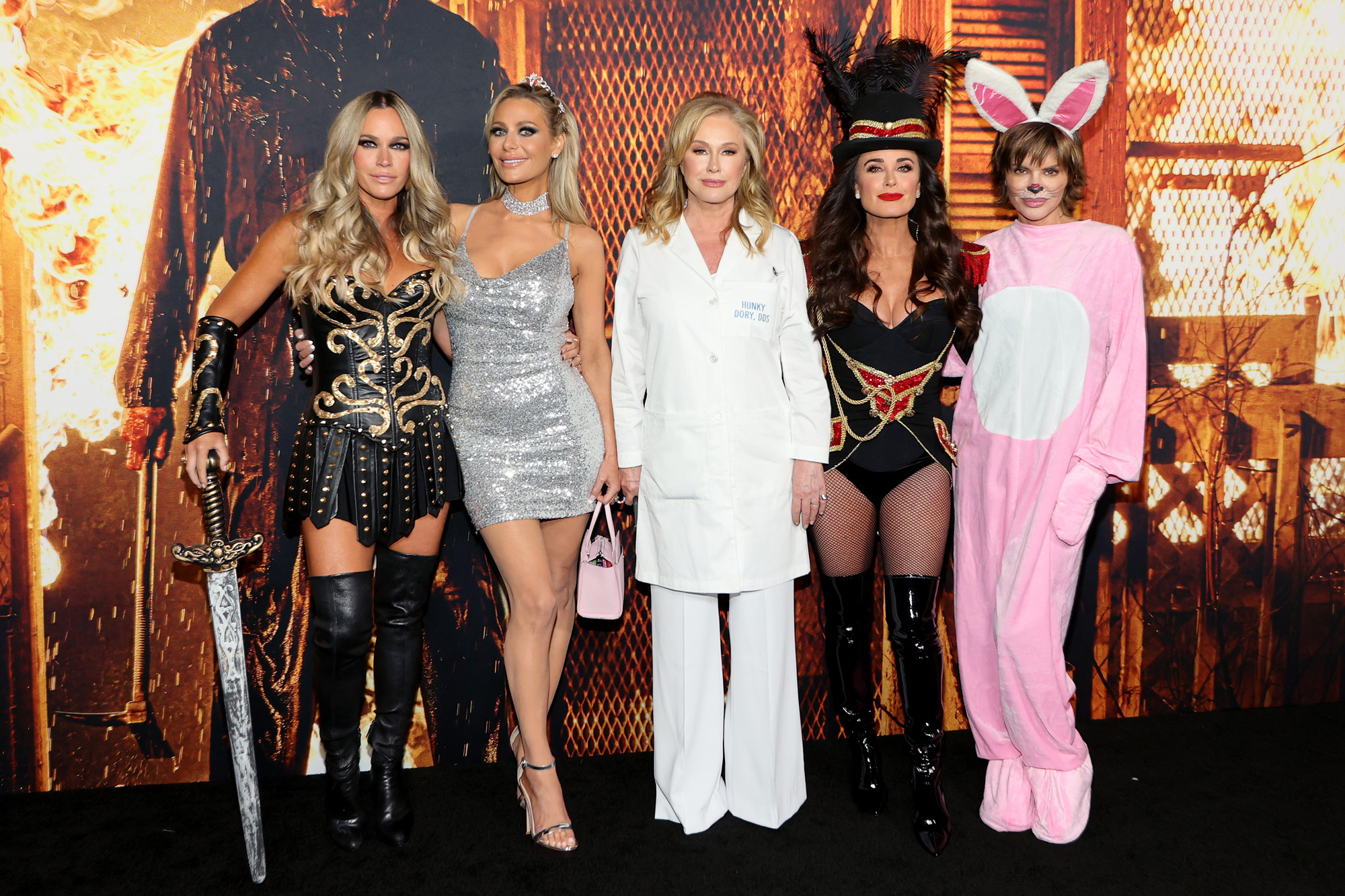 Kemsley got in on the Hilton family fun too, sporting a sparkling minidress, tiara and a tiny pink Hermès bag to channel Paris Hilton’s iconic 21st birthday look.

Meanwhile, Lisa Rinna made reference to her Season 7 feud with Kyle and Kathy’s sister Kim Richards, sporting a scary pink bunny costume on the red carpet.

Though Kim was not present at the event, it appears there’s no bad blood; on her Instagram Story, Kyle told Rinna, “I love you more than ever.” 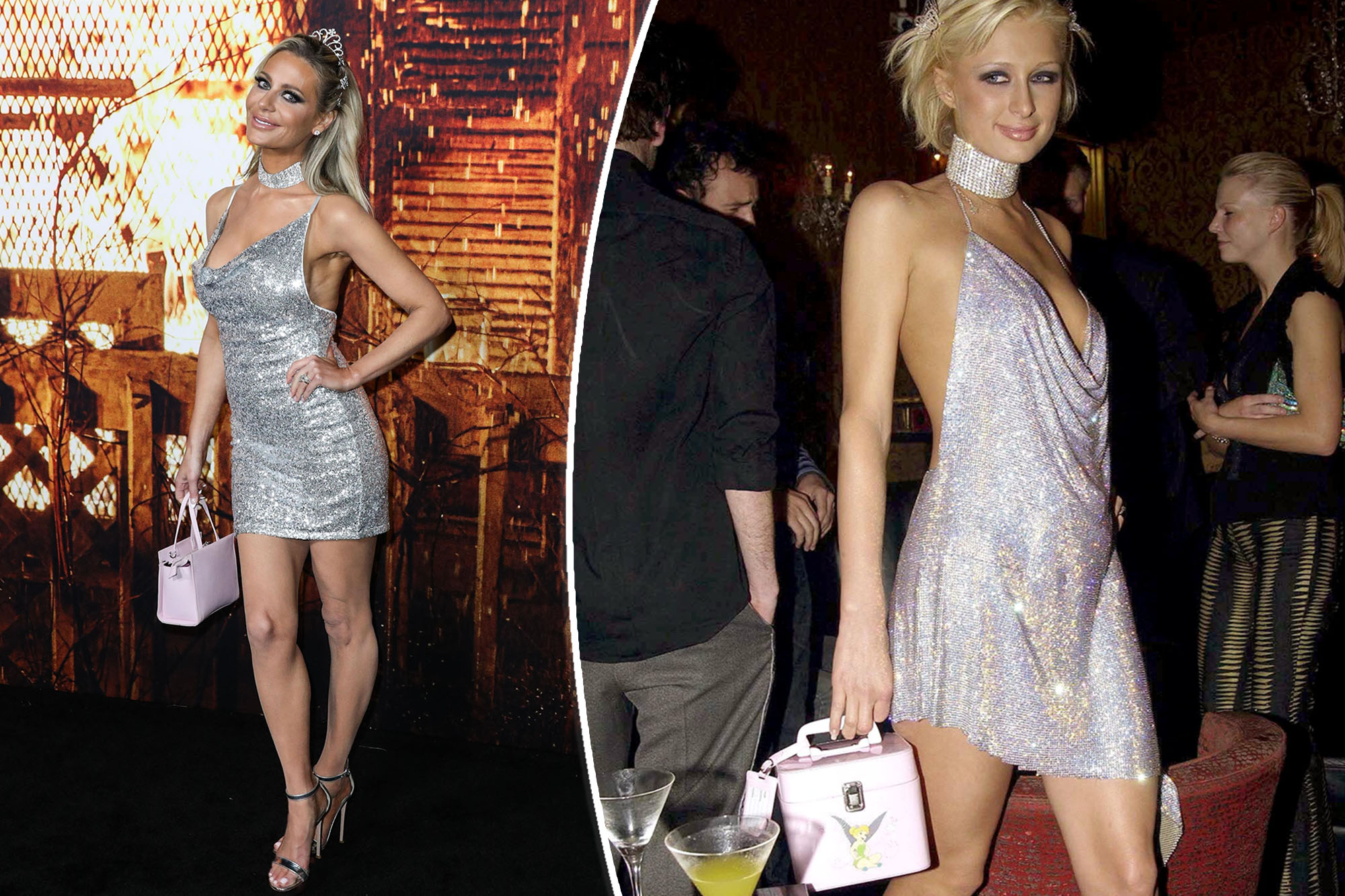 Mellencamp went with a gladiator costume while Richards’ husband, Mauricio Umansky, appeared to match his wife in a zombie circus look.

The “RHOBH” cast was in good company with their costumes, as “Kills” star Jamie Lee Curtis also referenced her family with her look. She honored her late mother, Janet Leigh, by dressing up as her iconic character from 1960’s “Psycho.” Judy Greer, meanwhile, channeled Annie Hall. 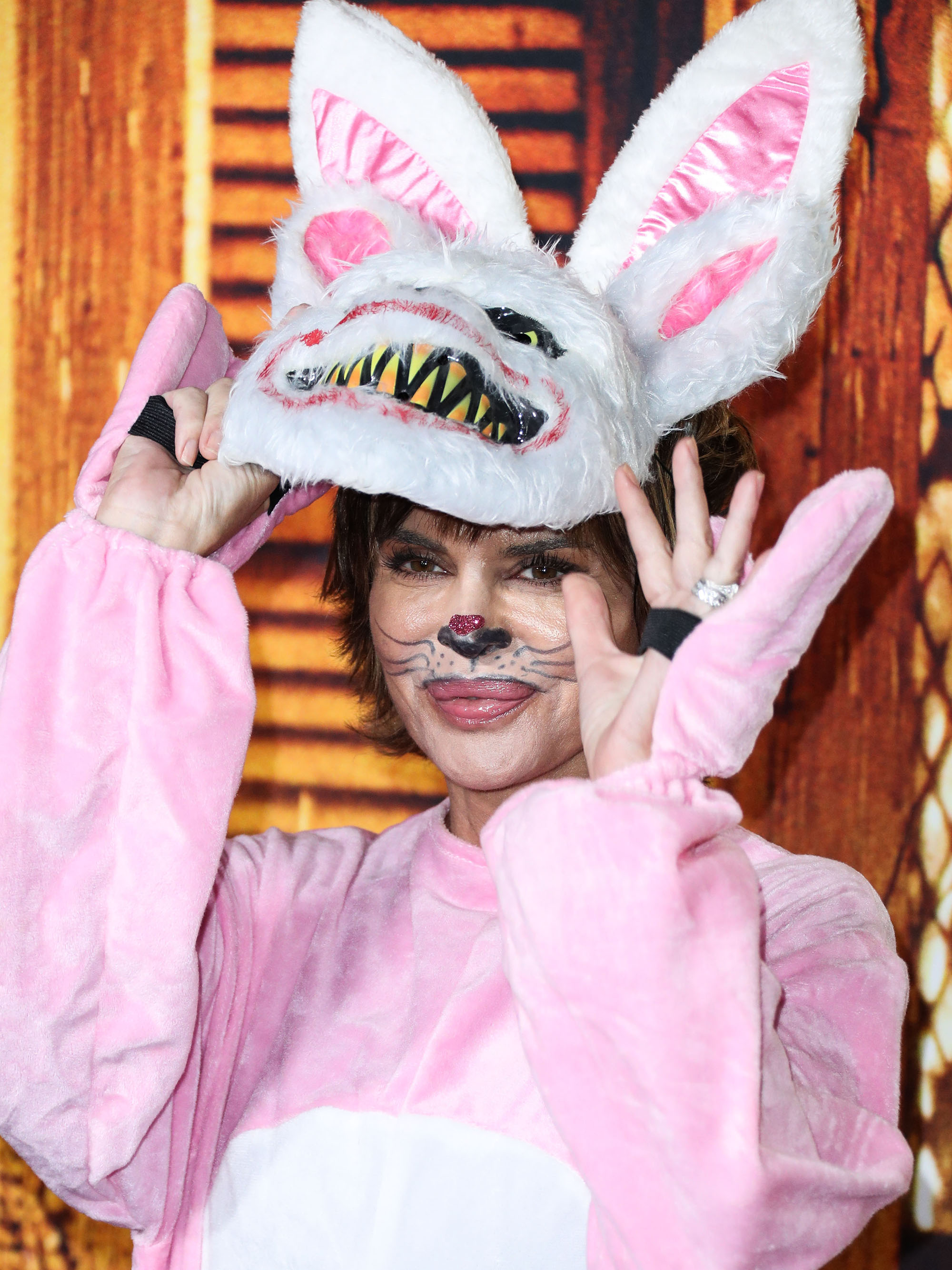