The celebrity couple didn't formerly announce the news, but a source confirmed to OK! online on Friday 18 December that the pair had indeed welcomed their first born together.

Earlier this year Kate took to Instagram and uploaded an adorable video in which the couple told the news of the pregnancy to Rio's three children; Lorenz, 13, Tate, 11, and Tia, nine.

Kate shared the video at the time, writing: “The crazy house is about to get a little bit crazier. Every time I watch this it makes me cry, the best reaction. Baby Ferdy we are all so excited to meet you.” But baby news aside, when Kate first fell for Rio, she didn't just gain a husband, she's gained a ready-made family.

In 2015, two years before the couple met, Rio’s beloved wife Rebecca tragically passed away from breast cancer leaving behind her three children.

However, according to The Sun, before she died she gave Rio her blessing to move on.

And thanks to Kate, who he met in January 2017, Rio has gone on to have a second chance at happiness, with the reality star also becoming step-mum to Lorenz, Tate and Tia. 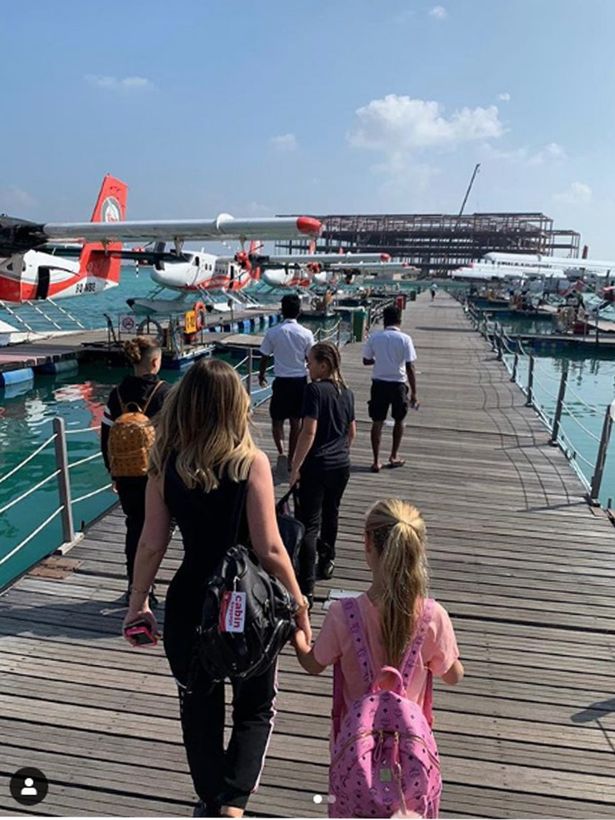 In the footballer’s acceptance speech after being awarded a BAFTA for his documentary about losing his wife, Rio Ferdinand: Being Mum and Dad, he thanked Kate.

He said: "I'm just pleased to say that this documentary has played a part in propelling me forward into a period of happiness in my life now where my kids are very happy.

"I've got a beautiful girlfriend now and we are making steps in the right direction." But how did Kate’s relationship with Rio’s kids blossom?

Well, the reality star instantly bonded with the three youngsters, as she told the Daily Mail: "Rio and I just clicked. I knew about the children and what had happened but at first I didn't give it much thought. 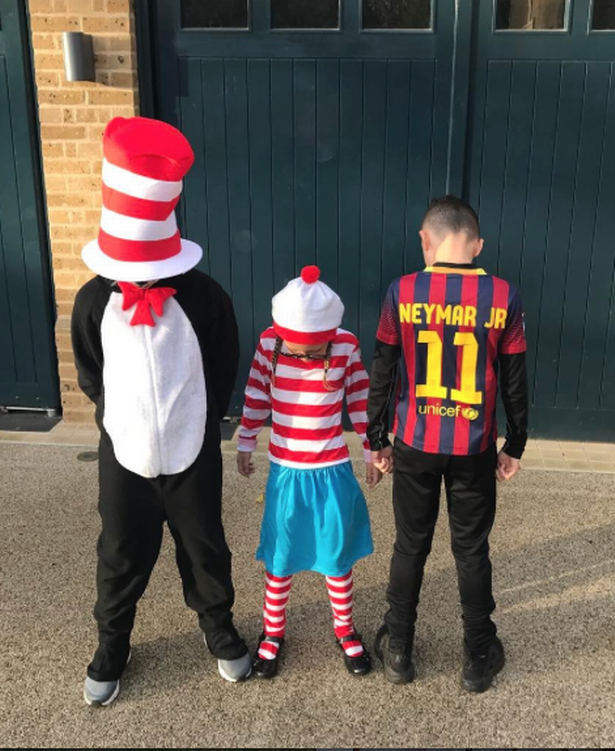 In September 2017, Kate quit showbiz and reality TV in order to focus on being a stepmother to Rio’s children.

In an interview with The Sun, Kate said: “I’m taking a step back from the public eye, I want to keep my life private as I lived my previous relationship on TOWIE, my priority right now is Rio and the family." Kate slotted straight into her new role in the family well, and in 2017 they all spent their first Christmas together in matching pyjamas. But as Kate told The Sun, it can be difficult at that time of year.

She said of Rio's children: “Rebecca is their mum and a mum is irreplaceable, so we have a special room with her photos and their grandmother’s photos in it.

“We do big occasions like Mother’s Day and Christmas. I know a lot more about their mum than they would think, so sometimes the kids will say, ‘How do you know that’?” In January 2018, after a whirlwind romance of a year, Kate shared a photo of the couple on holiday in Dubai. Beneath it she reflected: "2017…. the hardest but most rewarding year yet! Ups & downs but I have gained 4 of the most precious people….

"Happy new year everyone, I hope your year is filled with health & happiness, keep your loved ones close," then she added some heart and hug emojis. The family unit is now so strong that when Rio proposed to his beautiful girlfriend his kids were also present. Later he posted the pictures to Instagram with the caption: “She said yes. How these 3 kids kept it a secret I'll never know,” followed by a string of love heart emojis.

Kate then added of the proposal: “'The perfect end to our holiday … How could the answer not be yes.”

The reality star’s love for her step children is obviously mutual and the kids are heavily involved in their relationship, as Rio explained in an interview on ITV's This Morning. He said: ”They have to be part of that conversation. There has not been one stage of going into this relationship where they've not been involved.

"Even in terms of introducing – how they want it to be done. As long as they feel they're involved and in the conversation, I think there's a chance they can reach happiness."

He added: "I'm really happy now, the kids are really happy, it's the happiest they've been. I'm in a relationship and it's going well.

"My kids deserve to be happy, they've had tragedy for the last few years of their lives." And when the gorgeous couple got married in a three day celebration in Turkey, Rio’s son’s Lorenz and Tate walked her half way down the aisle and Tia was the Maid of Honour.

The groom, who met his bride under a stunning floral arch said: “Seeing Tia walk up the aisle before Kate set me off. It was just so emotional. There was just no going back on the emotion, that’s why I had to keep my shades on!

“Seeing Tate and Lorenz walk Kate down the aisle was particularly poignant and we wouldn’t have wanted to do it any other way.

"They were so proud and they couldn’t wait to do that, they felt important.”

At the end of the festivities, which included an all-white themed party and performances by Ashanti and a saxophonist, Rio said: “I genuinely feel like Kate was sent to us after what we have all been through, she came into our lives at the most perfect time.”’