The Countess of Wessex was in the first generation of royal women to give birth in hospital, instead of at home. She did not give birth in the same place as Princess Diana or the Duchess of York however.

Sophie had her two children at Frimley Park Hospital in Surrey.

She is the only royal woman to have give birth here, in a relatively low key general hospital.

Sophie had both Louise and James by caesarean section.

Sadly, before having both children she lost a child during pregnancy in 2001, after it was found to be an ectopic pregnancy.

An ectopic pregnancy is a very, very serious condition that can occur during pregnancy when the embryo occurs outside the womb, usually in the fallopian tube.

It is the most common cause of death among woman in the first three months of pregnancy.

It is very rare for a fetus to survive an ectopic pregnancy.

Then, in 2003, Louise was premature, causing Sophie and her husband Prince Edward to rush home from a working trip to Mauritius a month before the due date.

She suffered a placental abruption, when a placenta separates from a baby too early.

It is a serious issue accounting for 15 percent of infant deaths near the time of birth, and so medical attention for crucial for the royal.

The Daily Mail reported how Sophie was in agony and police were accidentally sent to her address instead of an ambulance, causing a dangerous delay.

Sophie had an emergency c-section, but thankfully both she and baby Louise recovered.

In 2007 the Countess returned to the same hospital to have her son, James.

Sophie lives at Bagshot Park with Edward and their two children.

The large country home is near to the Queen’s residence in Windsor.

Sophie plays a vital role in the Royal Family, supporting the Queen as working as a patron for many charities.

Sophie Countess of Wessex and Kate Middleton are both royal women, and the former has been a big support for the latter, experts have claimed. 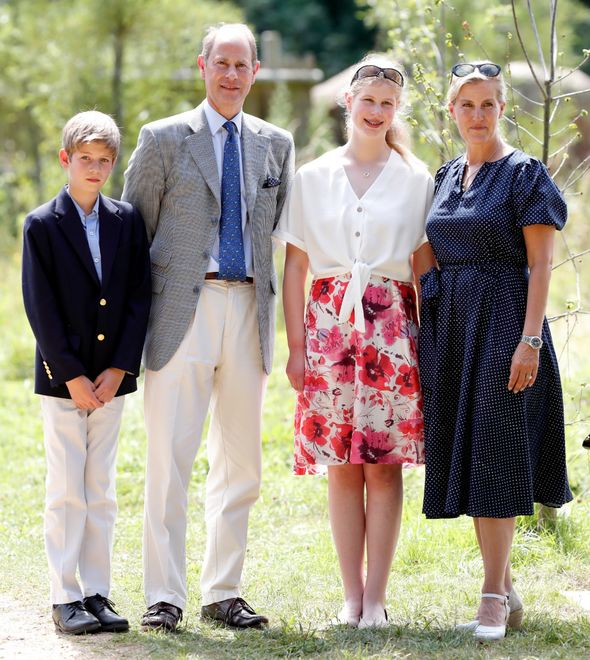 Sophie and Kate have always appeared to get on well, body language expert Judi James explained.

Judi said: “Sophie is said to be a close ally of her mother-in-law the Queen.

“In terms of her body language she tends to blend some of the signals of the kind of laid-back calm and fun that we get from Zara with the stoic, deft formality of the Queen herself.

“This attitude must have made her the perfect royal wife to welcome and induct Kate into the Royal Family.

“Especially in the face of William’s horror of bringing Kate into the same circus that he watched his mother suffer.”