Sarah Duchess of York was spotted at a charity event in London tonight.

It came after Sarah Ferguson was on This Morning today.

The royal has thrown her weight behind a campaign to ensure all ingredients are listened on pre-packaged food after a girl who suffered from allergies diet eating mislabelled food.

The Duchess, also known as ‘Fergie’ is now the patron of Natasha Allergy Research Foundation.

Sarah Ferguson appeared wearing the same dress tonight as she wore for the ITV appearance this morning.

However, she added a gold necklace for the evening event.

Fans praised the Duchess for reaching out to the grieving parents of Natasha Ednan-Laperouse.

One fan wrote: “Sarah Ferguson has the kindest and most caring soul. I adore her.”

“There is something very endearing about Sarah Ferguson and always has been she seems to be a very down to earth naturally caring person,” another added.

This was the Duchess’s most recent appearance since Sarah and Prince Andrew sent tongues wagging by attending Ascot 2019. 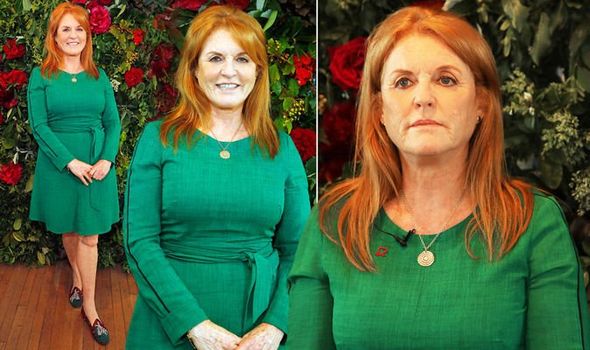 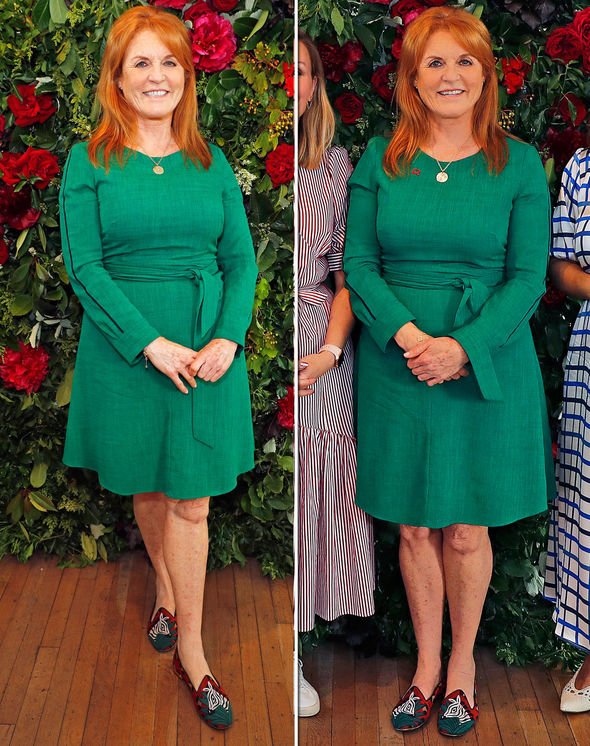 Rumours that Fergie and Prince Andrew are back together are never far behind anytime the formerly married couple are seen together.

They married in 1986 and divorce in 1996, however the pair still live together at the Royal Lodge in Windsor.

A body language expert told Express.co.uk the pair “look far more like ‘currents’ than ‘exes’ here” during their Ascot appearance.

A body language expert, Judi James, who analysed images of the pair together at Ascot 2019, told Express.co.uk: “From the yellow rose in his lapel matching the colour of her dress to the rather relaxed body language displays together that still look heavily suppressed as though avoiding any obvious give-always, Prince Andrew and Sarah look far more like ‘currents’ than ‘exes’ here.”

Andrew and Fergie have discussed remarriage, a royal source claimed. 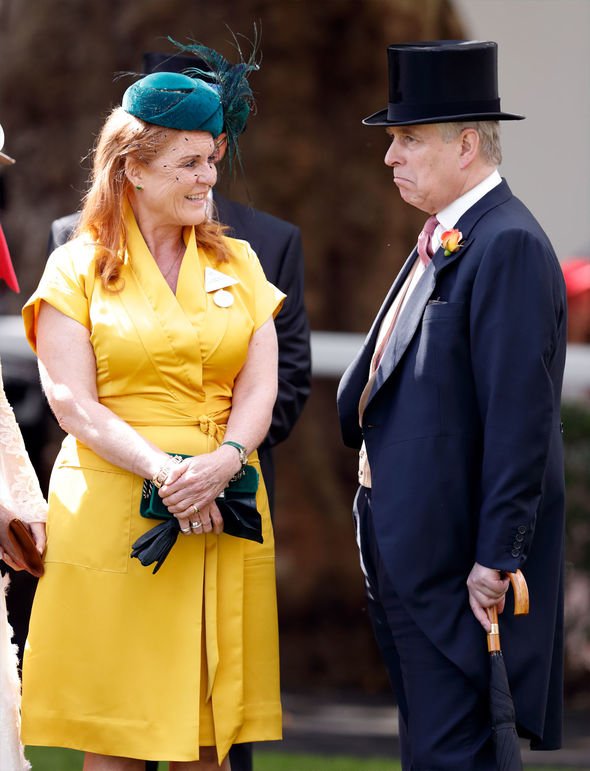 Speaking to renowned American journalist Edward Klein in 2011, an unnamed friend of the Duke and Duchess said: “You have to understand that Andrew still loves Sarah.

“I was with Andrew and Sarah one day when they discussed getting remarried.

“At the time, Sarah didn’t want to remarry Andrew, because she thought she had a great career in America with Weight Watchers and books and all that.

“She thought her career would continue to support her expensive lifestyle, and she didn’t want to give all that up to become a boring royal again.

“Then, after Sarah’s American career collapsed, it was Andrew who didn’t want to remarry her.”