Scott Disick and Kourtney Kardashian appear to be keeping their relationship cordial for the sake of their kids.

While the Talentless founder was seen partying with a 20something — per usual — he’s been mostly keeping a low profile since the Poosh creator got engaged to Travis Barker, but Disick finally interacted with his ex on social media Tuesday over their daughter Penelope’s Halloween costume.

Penelope, 9, dressed up in Cher Horowitz’s famous yellow plaid ensemble from “Clueless” for the spooky holiday, and her mom captioned a series of photos on Instagram, “As if” in reference to a line from the classic ’90s film.

Piggybacking off Kardashian’s reference, Disick added in the comments, “O Cher, don’t forget she can’t keep driving her jeep without her drivers license.”

Disick’s public comment comes after a source told Page Six that he was “going crazy” over the engagement news.

“He’s going to go off the deep end,” an insider shared. “It’s really bad. It’s about to get dark.” 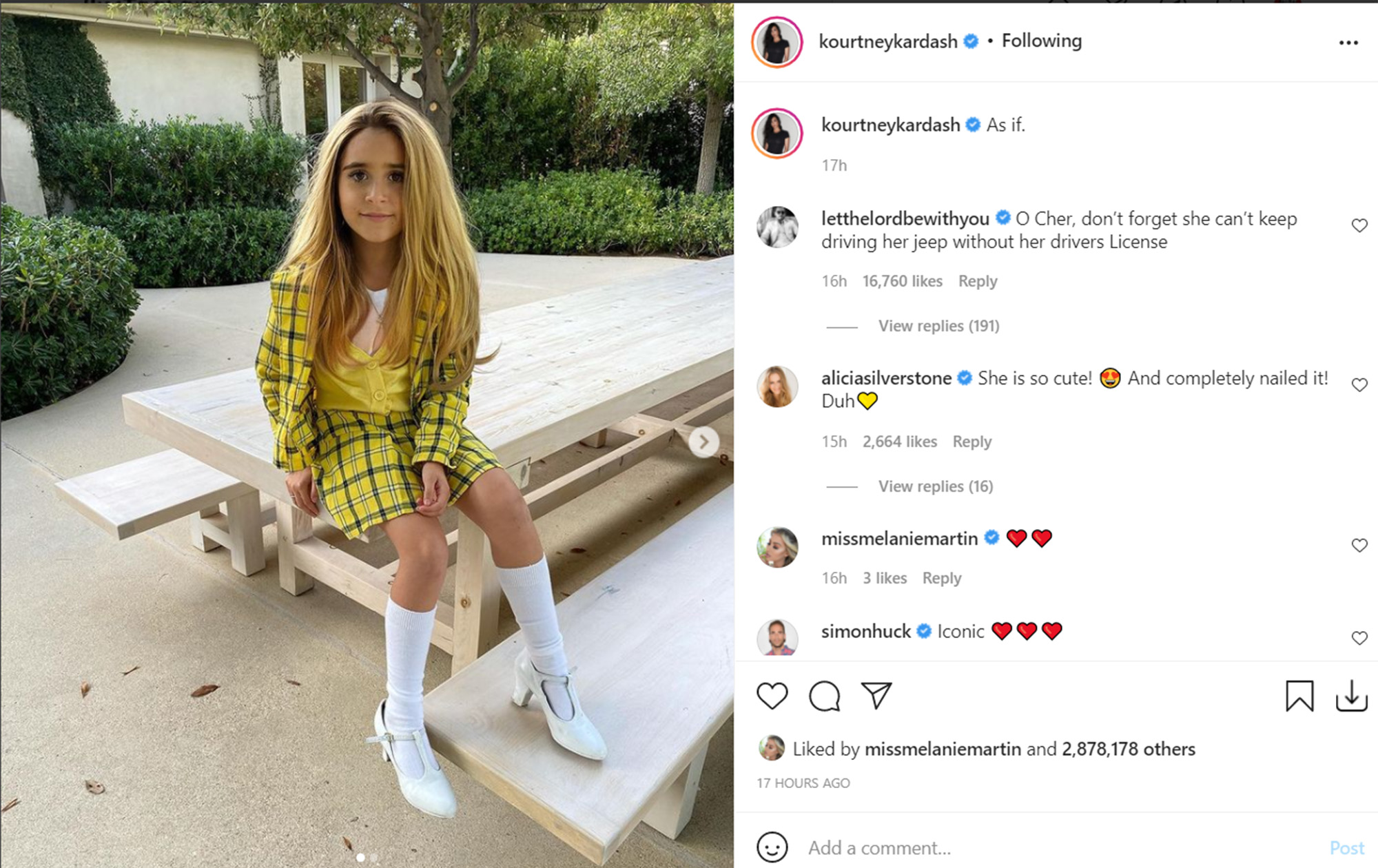 Disick also shares two other children with the “Keeping Up With the Kardashians” alum: 11-year-old son Mason and 6-year-old son Reign.

While the former “Flip It Like Disick” star, 38, may not be thrilled about the engagement, he gave his blessing to 42-year-old Kardashian’s relationship with the Blink-182 drummer, 45, during the “Keeping Up With the Kardashians” reunion, which aired in June.

“I mean, yeah,” Disick told host Andy Cohen when asked point-blank whether he’d “bless” the couple’s romance. “I think if you really love somebody right, you want them to be happy no matter what. So, I do give her a blessing to be happy.”