Matt Damon and his family isolating in the seclusion of a private home after arriving in Australia. Billionaire media mogul Kerry Stokes twice being granted exemptions to quarantine at his waterfront mansion.

It may seem like there’s one rule for the rich and famous wanting to enter Australia or cross state borders, and another for the thousands who have had to sit out their 14-day quarantine in a hotel. 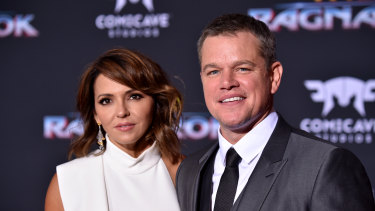 Getting an exemption does not exempt you from paying, either. Systems differ between states, with NSW requiring individuals to pay for round-the-clock police monitoring. All states require anyone with an exemption to adhere to strict quarantine protocols, and that can include cleaning, safe food delivery and having secure, separate premises in which to wait out your two weeks.

Even if you can afford these things, your chances of getting an exemption are slim.

A Queensland Health spokesperson said the “vast majority” were for people travelling from interstate and most were approved “based on the applicants’ complex healthcare needs”.

And Queensland has recently tightened its exemption system further.

“Since 1 November 2020, just one international traveller has received an exemption from hotel quarantine,” the spokesperson said. “This was granted around two months prior to the applicant’s travel date and would not have been approved under the current circumstances.”

In Queensland, the Chief Health Officer gets the final say over exemptions. Approved applicants have been able to show they can meet the strict quarantine conditions. In some cases, people go above and beyond. 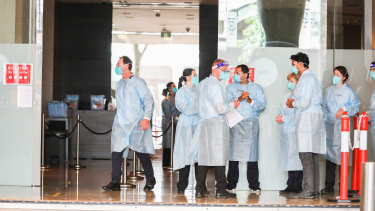 Damon seems to have done that, employing 24-hour security and people to undertake hospital-grade cleaning. A doctor said Damon’s efforts would have cost “hundreds of thousands of dollars”.

Those sorts of private quarantine agreements wouldn’t be brokered by the stars. The production companies wanting them in Australia do the leg work, liaising with Australian Border Force to get them an exemption to enter the country before working with state health departments.

But it’s not the sort of treatment given to every rich and famous person, as Victoria’s strict hotel quarantine rules for Australian Open players and their support teams show.

Since international arrivals to Victoria resumed on December 7, 76 exemptions have been approved. Victoria’s Department of Health and Human Services did not reveal how many applications it had received.

“People can apply for an exemption from or to undertake quarantine in another location in exceptional circumstances,” a department spokesperson said.

Some of the applications were approved based on medical or compassionate grounds, but the majority were related to international or interstate transits, or unaccompanied minors.

The NSW Department of Health would not provide figures for the number of applications it had received or approved.

“NSW Health does not disclose details about exemption requests unless there is a public health reason to do so,” a spokeswoman said.

Each application went through a “rigorous process” examining the circumstances around each case, the spokeswoman said.

And exemptions are granted only in select circumstances. According to the NSW Health website, they will be considered only when there is strong medical, health or compassionate grounds, or if the person is transiting through NSW on their way overseas.

“Only a very small portion of exemptions are granted to allow people – subject to strict conditions and compliance checks – to serve their full self-isolation period in an alternative location to the hotel quarantine system,” she said.

Hotel quarantine is no longer free, but quarantining at home is certainly not cheaper in NSW. People wanting exemptions have to nominate an alternative place to quarantine, which a NSW Police spokeswoman said had to meet the same standards as the police-managed hotels.

“All proposals to quarantine at an independent location must have comprehensive health and security strategies in place to satisfy stringent requirements. Individuals are also expected to pay for their own security, as well as a 24/7 police presence,” she said.

The cost of that police presence would depend on the individual case, as would the bill for additional security, cleaning and secure transport to the quarantine location.

WA’s State Health Incident Co-ordination Centre has received 335 applications from overseas arrivals seeking to quarantine at an alternative to a hotel on medical or compassionate grounds.

“WA Health takes a stringent evidence-based approach to assess every self-quarantine request on a case-by-case basis and, to date, has provided advice to WA Police supporting 53 applications from international arrivals to leave hotel quarantine and self-isolate at home or at a suitable, approved premise,” a spokesperson said.

WA Police have the power to approve or deny applications based on that advice. Requests that don't have medical or compassionate grounds are passed to police.

Get our Coronavirus Update newsletter

Stay across the news you need to know related to the pandemic. Sent Monday and Thursday. Sign up here.