Sainsbury’s has axed fireworks ahead of Guy Fawkes’ Night, so: Should all mums fight to ban this noisy nuisance? 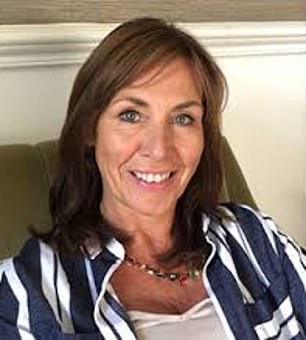 Presenter Alison Craig (pictured), argues that fireworks should be banned because they’re polluting and cause disruption

Sainsbury’s has stopped sales of fireworks — and about time, too. Surely most mothers will agree with me that in a society where playing with yo-yos, battling conkers and climbing trees have each been scrutinised by health and safety it is astounding that once a year we all troop into the local shop to buy a box of incendiary devices to blow up in a restricted space with lots of over-excited children.

Over the years I have seen far too many near misses — and occasional hits. When I was seven a Jumping Jack went down the welly of a girl at school, resulting in third degree burns. My friend Joanna’s grandpa still has a scar on his leg from 20 years ago, when a rogue rocket shot into his thigh.

And I still get the vapours when I recall the firework party where my four-year-old son, sitting atop my husband’s shoulders, was narrowly missed by an out-of-control banger.

I’m not a fan of organised displays either. I know people say they’re beautiful, but really they’re just polluting, noisy and disruptive.

Edinburgh, where I live, is fireworks mad. They let them off every night during the Edinburgh festival, twice on a Saturday, culminating at the end of August in an hour-long extravaganza which sets off car alarms and heart palpitations across the city. And Hogmanay? It is like the blitz. Of course it’s not just us humans — in fact it’s animals’ fear of fireworks that seems to get campaigners more worked up than the very real danger to people.

As life-long dog owners, I can confirm most of our pets have hated the things. Nellie, my mum’s lurcher, used to get into the wardrobe, my half-haggis half-womble mongrel Flora would pace and shake, her heart still going like the clappers hours after they finished. And Jack, a brave and gallant mutt, died aged six in the middle of firework season. The vet diagnosed a heart attack, and my guilt over not having him tranquillised took years to get over.

And finally, in my case against fireworks, there’s the eejits. The ones who delight in setting off fireworks at random times of the day and night and generally terrorising the unsuspecting public. Surely the only way to stop them is to stop selling fireworks at all. It’s not rocket science — it’s rocket sense.

Until other retailers follow Sainsbury’s, I suggest they at least stock noise-cancelling headphones for all pets, people of a nervous disposition and grumpy women like me.

New Beginnings At The Birdie and Bramble by Alison Craig published by Orion available on Amazon, out now. 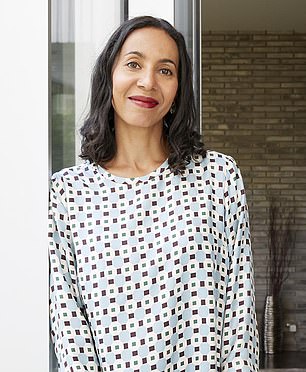 It’s a Great British institution. We may have only a hazy grasp of what it was originally about — 17th century politics being a little obscure these days — but it’s proudly and resolutely our own, unlike say, Halloween, and there’s value in preserving our heritage.

Inexplicably imported from America over the past decade or so, the escalating fervour surrounding Halloween means the far homelier and lovelier fireworks night was under threat even before supermarkets decided to stop stocking them.

But Bonfire Night is magical. Who could not adore the dramatic spectacle as Roman candles and rockets burst into colour overhead, and children and adults alike gasp in awe. The biggest issue, surely, is whether to have a small or large hot chocolate.

In Lewes, an East Sussex town 20 minutes from my home, Guy Fawkes Night is taken very seriously indeed. Dubbed the Bonfire Capital of the World, Lewes goes into complete lockdown several hours before its event starts. About 5,000 people take part, holding flaming torches aloft and parading in costumes in front of 80,000 spectators. Calls for fireworks to be banned and even organised public events like these to be curtailed, largely because of potential distress to our pets, is nothing short of nanny state madness. And I say this as the owner of two (admittedly rather laid-back) Basset Hounds.

The thing is, banning things only drives them dangerously underground. Surely the message to spread is one of responsible pet care, alongside the already rigorous safety guidelines issued around firework usage every year.

It’s pretty straightforward: keep pets indoors after dark when fireworks are in use, close all windows and doors to ensure they stay there and draw curtains to block any noise. For us humans: earplugs for the kids, stay well back from any display, and never ever approach a lit firework.

For heaven’s sake, it’s one, or maybe two, nights of the year. Surely fun for hundreds of people doesn’t have to stop for a few?

This November 5th, my hounds will be indoors being soothed by Radio 2, and I’ll be with my five-year-old tracing our names in the night with sparklers, chanting: ‘Remember remember, the fifth of November, gunpowder, treason and plot!’