I only remember scattered scenes from the morning my dad died, in April 2003.

After the medical team – some of whom had known him, a fellow doctor – stopped charging up the defibrillator pads and agreed that his stilled heart could not be restarted, I found myself sitting on a fire escape outside the ward, staring into the middle distance.

I was completely numb, except for this feeling of falling, like the one you might have in a dream. You stop it by suddenly waking up, but I was awake, and there was no way to end it.

My mind was utterly empty. I couldn’t imagine a future at all, not even a few minutes ahead when I would have to leave the metal steps and rejoin the rest of my family back inside inside the hospital.

In the years since that terrible morning, I have come to learn that it is possible to process grief and reach a state where that activity is finished, but the grief itself never truly disappears. It’s as permanent as the absence, and as enduring as the love that you once shared with the person who has gone.

I had a happy childhood, growing up on the edges of north-east London, with my older brother and parents who were loving, affectionate and fun. However, in my teenage years, they both developed illnesses that led to their deaths.

The treatment for my mother’s schizophrenia depleted her immune system. She developed pneumonia, then died suddenly one morning when I was 16. A few years later, my dad was diagnosed with cancer that wasn’t terminal, but during chemotherapy, he fell ill and ended up in a coma for a few weeks, then died of heart failure. 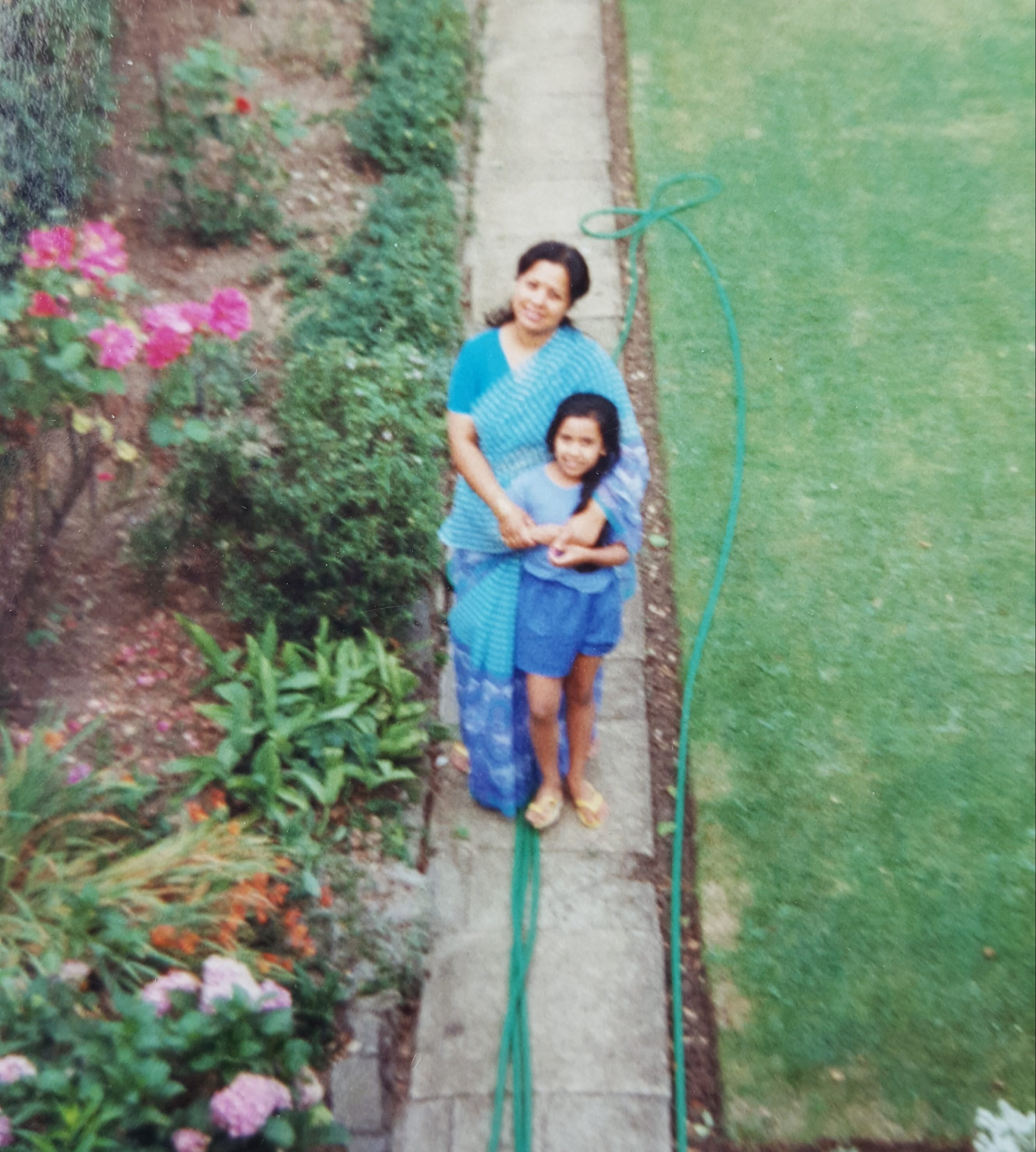 Now I find myself drawn irresistibly to writing about that period of my life in various forms. I’ve written several personal essays and use them to teach a class on how to write about trauma. I can see that I was actively grieving through my entire 20s, whereas when I was inside the process, I was scared and confused.

Grief is more than just sadness. In the early days, it’s shock. Few memories remain between the deaths and the funerals. My 20th birthday fell a few weeks after my dad died. Two of my friends bravely came round with a cake and candles, a reminder that I was at the beginning of adulthood and that should be celebrated, amongst all the loss.

Their efforts provoked a complex web of emotions within me: gratitude, that they had come to see me when so many friends were afraid to get in touch; embarrassment, because I was in such a pitiful situation; and sorrow, because my parents would have wanted to be there on my 20th birthday.

Early grief also leads to a foggy brain, forgetfulness, a feeling of wading through treacle. I managed to finish my English Literature degree at Oxford University, but then trying to start a career as a journalist entirely by myself, without my parents’ encouragement and support, was a huge mental effort.

It was like living two lives at once: between the internships and temp jobs that my friends were struggling through as well, I was helping my brother empty our childhood home, to get it ready for sale, which we had to do to pay the inheritance tax on our dad’s estate.

Home was empty, no longer a safe haven, and I couldn’t describe how this felt at the time to any of my friends.

Grief affected my sleeping, too, and I experienced vivid, technicolour dreams – they always began with me knowing that I was on a quest to find my mum or dad, running through empty London streets, adrenaline pumping through my veins. Then, with the logic of dreams, suddenly I’d be transported home, and there they would be; Dad getting ready for work or Mum putting the phone down to speak to me.

These dreams returned normal family life to me, if only for a few minutes before waking, and they were incredibly convincing. Now they are a well-known phenomenon but in the mid-2000s I thought that I was losing my mind.

The cruellest part of the dreams was that they convinced me each time that the parent who had seemed so alive in the dream (it was always mum or dad, but never both of them together) was still alive when I woke up – for one or two seconds.

Just long enough to grab my mobile phone. Then I would remember: they’re not going to be anywhere reachable. That was a cruel blow that I woke up to on many mornings for years.

What happens after active grieving has ended is mostly uncharted territory. There are no guides to Google. In late 2019, I joined a Whatsapp chat for orphans (you can apply to join here), and it’s a wonderful group that helped me get through the difficult 20th anniversary of my mum’s death in January 2020.

I did leave a few months ago as I didn’t feel right starting conversations about long-term grief. The group naturally attracts people who have been bereaved recently, but I needed to move on and explore my own two-decade-long experience with grief, and how being orphaned in my late teens, on the cusp of adulthood, might have shaped me.

Writing helps. I suppose I’m writing the explorations of long-term grief that I wish I could read.

I’m working on a novel, and I’m taking a show to the Brighton and Camden Fringes this summer, looking back on grieving in my 20s through the lens of revisiting Amy Winehouse’s career, as we get to the 10th anniversary of her death this summer. We were born in the same year, and her music scores so many of my own drunken nights out in Camden, north London.

I wasn’t able to write creatively in my 20s, but now I can see that my imagination was at work helping me process my grief, and that the grief dreams were the most obvious sign of this.

Strangely enough, I’m now finding it a mixture of sad and fun to look back on that time; despite everything, I was so young and energetic and full of hope.

At 38, I definitely have less energy, but I’m also much more aware of my own emotions, and I feel more like myself. I’m not waiting for a process to end before I can start living life the way I want to. I’m no longer anxious and I’m able to imagine the future, so I make more informed decisions.

I think if my parents were still here they would love the work I do, but, as people who decided to get married and have children themselves, they would worry about me being lonely.

I’m single and happy, for now. I became an aunt a few years ago, and the joy of loving my niece has been incredible, but I’m aware that parenting is very different and much harder.

Overall, being orphaned at 19 has probably made me more protective of my feelings and more reliant on myself than I would otherwise have been, because I know that no matter how much someone loves you, and vice versa, there is no such thing as forever.

Ultimately, I’ve learned that grief and love are the same song, but played in a different key. Eventually, we have no choice but to listen to both.

Metro.co.uk’s weekly The Truth Is… series seeks to explore anything and everything when it comes to life’s unspoken truths and long-held secrets. Contributors will challenge popular misconceptions on a topic close to their hearts, confess to a deeply personal secret, or reveal their wisdom from experience – good and bad – when it comes to romance or family relationships.

MORE: I don’t care what people say – family isn’t everything

MORE: Plainclothes police officers in bars won’t help anyone – my ex was one