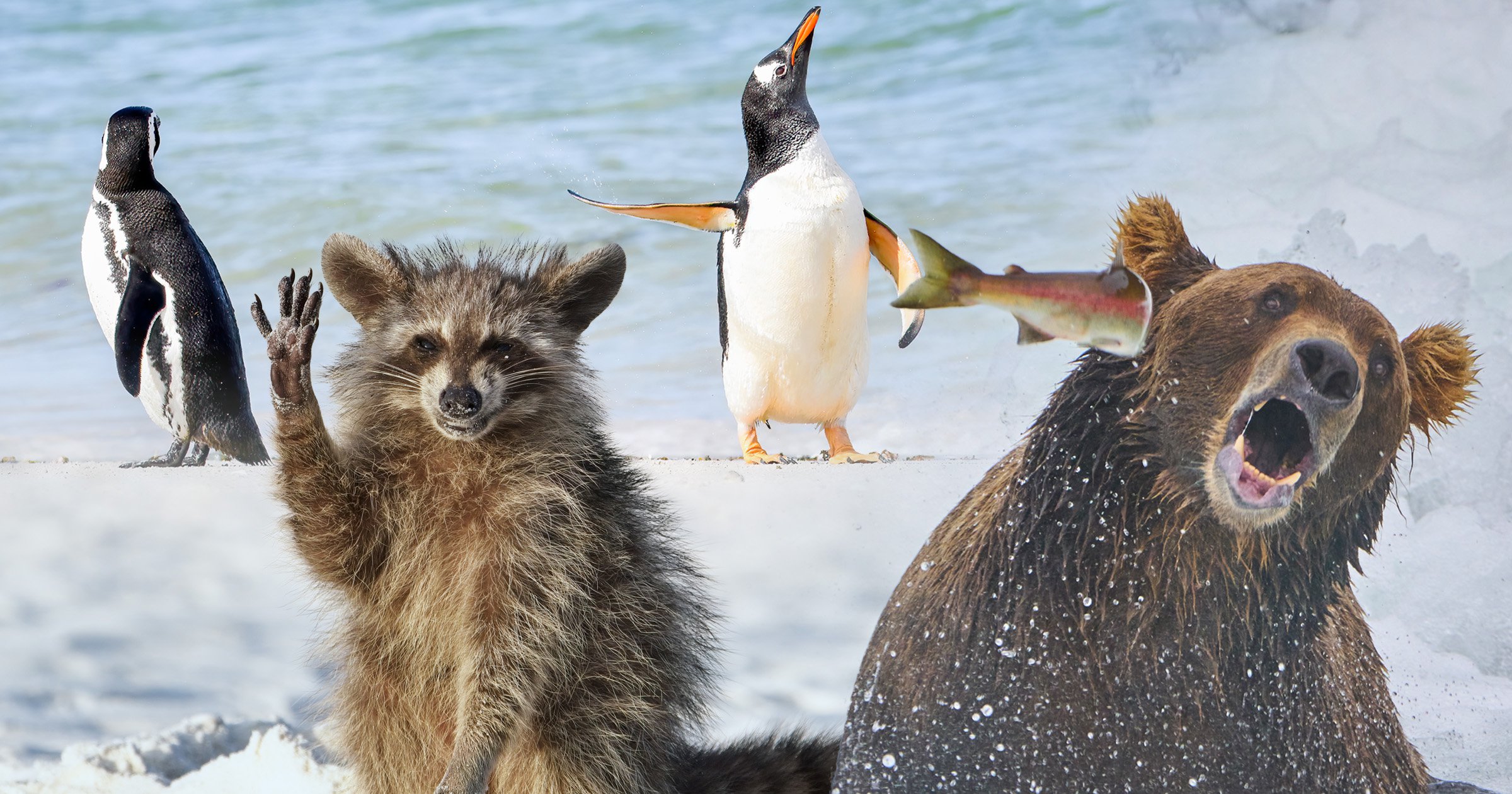 Things feel a bit gloomy at the moment.

So if you’re in need of a little comic relief, fear not, we’ve got you covered.

The finalists for the Comedy Wildlife Photo Awards have been revealed and they are guaranteed to make you smile.

Last year’s snaps made us laugh, and this year’s portraits don’t disappoint either.

Some of the hilarious images include a waving raccoon, a winking fox, a despairing mother monkey and an angry penguin.

The shortlist is made up of 40 standalone images and 10 portfolio entries, which have been selected from both professional and amateur photographers around the world.

The Comedy Wildlife Photography Awards was co-founded in 2015 by professional photographers Paul Joynson-Hicks and Tom Sullam who wanted to create a competition that focused on the lighter and more humorous side of wildlife photography – but also had an important role in promoting wildlife conservation at its core.

Some of our favourite snaps from this year’s bunch include a salmon whacking a bear in the face, a lion cub crashing into a tree, a sneaky owl, and a duck running along a row of terrapins.

Co-founder of the awards Tom Sullam said: ‘With so much going on in the world, we could all use a bumper dose of fun and laughter and this year’s finalists have definitely delivered that.

‘When you see these amazing photographs like the one of an elephant seal, trying to use his neighbour’s head as pillow (and we’ve all been there) or a wallaby at sunset, seemingly about to launch another wallaby into space, it makes you smile and wonder at the incredible animals that are on this earth with us, and we love that about the competition.’

The overall winner, category wins, and highly commended pictures, will be announced on December 8 – but the public can vote for their favourite in the Affinity Photo People’s Choice Award here.

Feast on the funny finalists below.