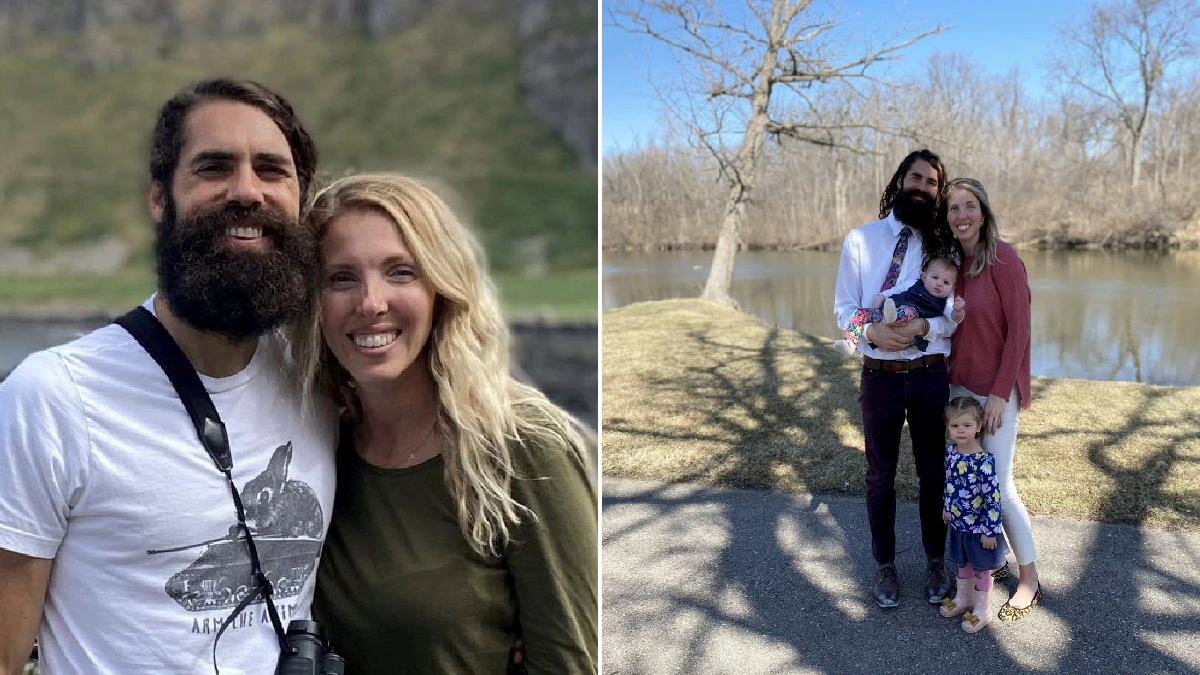 A straight woman and a man who identifies as gay or pansexual, say their marriage is strong as it’s not solely focused on physical chemistry.

Brynn Embley and her husband Matthew Nielson are members of the Church of Jesus Christ and Latter Day Saints – a faith that doesn’t condone same-sex relationships.

The unconventional couple have now been married for four years and have two children together.

Before the pair tied the knot, Matthew never had sex with anyone (including Brynn) so was unsure if he’d enjoy being intimate with a woman.

The 33-year-old said: ‘While I was more attracted to men, in general, there had been a few women to whom I was really attracted.

‘I had a strong motivation to try really hard to make it work with a woman so that I didn’t have to be lonely and celibate for the rest of my life.’

After a couple of dates, Matthew told Brynn he was gay – but the couple ended their relationship a few months in when he developed feelings for a man.

Matthew said: ‘I don’t think that I actually had a lot of emotional bandwidth at that time because I was still trying to deal with my strong feelings about another guy.

‘It didn’t feel fair to either of us to keep up the relationship if I wasn’t sure about that basic attraction.’

However, the following year, Matthew and Brynn picked things up again and tied the knot in December 2017. After the milestone event, the couple were finally intimate with each other – and enjoyed it.

Matthew, a postdoctoral researcher in psychology, said: ‘It was definitely a leap of faith, because I still wasn’t certain what sex with Brynn, or any woman, would look like.

‘But we trusted that the other elements of our relationship were there and if that part was more difficult, we could work on it together.’

Brynn, 35, who lives in Michigan, said: ‘We enjoyed kissing, and hoped everything else would at least be okay.

‘A lot of my previous relationships revolved around that chemical attraction, not having that be the driving force was refreshing.

‘I think that liking and matching with a person is so much more central to a long-term relationship.

‘And it turns out that the sex thing works great, so it all worked out.’

Now the pair are four years into their happy and monogamous relationship and  have two daughters together – one-year-old Guinevere and two-year-old Amandine.

Despite sex not being the strongest part of their marriage, the pair make it work with weekly feedback sessions.

‘It is still not the strongest part of our relationship, it is easy for me to wonder what I might be missing if I were in a relationship with a man,’ Matthew adds.

‘But that being said, we do enjoy having sex and being together in that way, which is a relief.’

While their religion teaches that marriage is only between a man and a woman, the couple say they want their children to be happy and secure in who they are and what they are drawn to.

Brynn adds: ‘Our goal is to support them whatever that looks like.

‘There are also people who assume things about our relationship that are just plain wrong.’

‘I really try not to focus on the negative or let negative comments get me down – but they do, and one way I combat that is by sharing.

‘We are so happy in this quirky, unique, sublime relationship.’