Not here for the hate. Isabel Gillies portrayed Kathy Stabler, the wife of Christopher Meloni‘s Elliot Stabler, for 12 years on Law & Order: SVU — but she never expected the backlash she’s been receiving.

Gillies, 51, was killed off during season 22, a story line that led to Meloni, 60, returning to the franchise for the show’s spinoff, Law & Order: Organized Crime. During the Thursday, October 30, crossover episode, it was revealed that Kathy had tried to get Elliot to end the romantic tension that he had for years with Olivia Benson (Mariska Hargitay). In fact, he shared that the letter that he gave Olivia in the beginning of the season was actually written by Kathy.

Following the episode, Gillies received a great deal of hate on social media — so much so that she penned a response.

“My feed, which is normally pretty sleepy, a retweeted article here, a few shoutouts about a recipe there, was a stream of eye-popping-bile posts, at me! My character, the deceased Kathy Stabler, was trending on Twitter,” the actress wrote in a blog posted on Tuesday, October 5. “Gliding over links and threads, memes and emojis, I started, well, crying. ‘KATHY STABLER IS BURNING IN THE DEEPEST PART OF HELL.’ Scroll, scroll…’YOU DESERVE TO BLOW UP!’ Scroll, scroll…’Good morning to absolutely everyone except Kathy Stabler’s ghost.’ Scroll, scroll… ‘This girl is the nastiest, skank bitch I’ve ever met!’ Met? I’m sorry, have we met?” 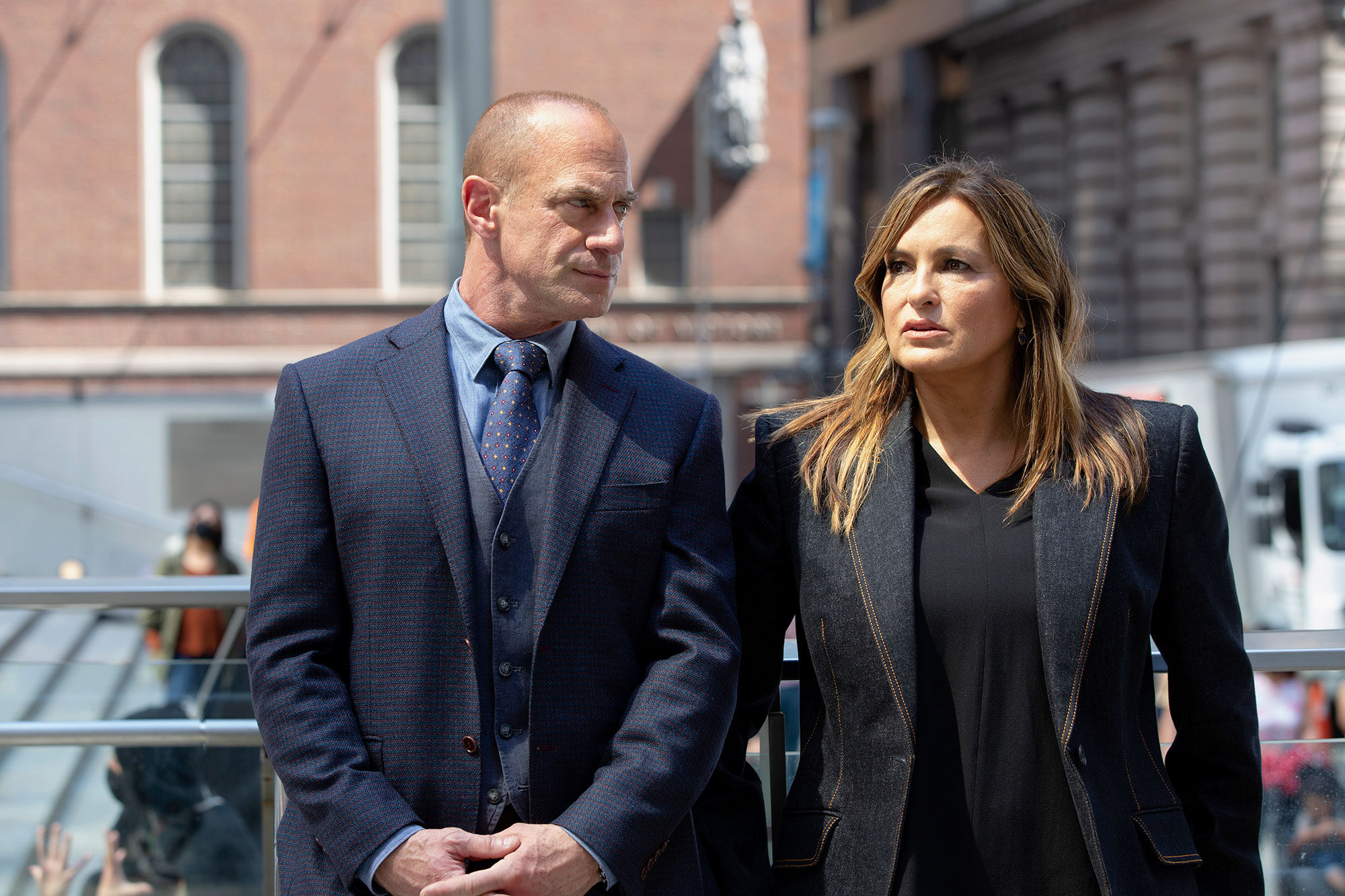 The Happens Every Day author went on to share that she has no interest in what happens in the show, although she respects the actors.

BFFs! Mariska Hargitay and Chris Meloni’s Sweetest Quotes About Each Other

“Some want Elliot and Olivia to get it on, and some don’t. There’s a divide, and even though Kathy Stabler has departed from this earth, she’s still smack in the middle of it. And there was this letter which to this day, I still don’t know what the heck was in it – truth – I don’t care,” Gillies wrote. “Anyway, I don’t watch Law & Order. And while I love Mariska and Chris, if their characters were falling for each other or not wasn’t my concern. Once they buried me, I continued on my life as Isabel Gillies, mom, wife, mahjong player.”

The Cozy author later admitted that she called her husband “in tears” after reading so many “personal attacks” and called Hargitay, 57, to ask for advice on how to handle it.

Shocking TV Exits Through the Years

“Mariska is one of the most empathetic, loving people on this earth. Hard to imagine she has much experience with vitriol, but sadly, she’s had plenty of it,” the Sex and the City alum explained. “Can we please all take it down a notch? No matter what our personal views are about TV love stories or climate change or the Senate parliamentarian, can we pause? There is the acronym T.H.I.N.K. Is it thoughtful? is it honest? Is it interesting? Is it necessary? Is it kind? I’m going to try to put everything I say or write through this little fail-safe. Goodness knows we’ve all been through the ringer.”

The producer retweeted the essay, adding a note of her own.

“You ask if we can we stop and think. You’re evidence that we can do both. You also answer to the question ‘Can we write? Can we use words intelligently enough to disrupt the noise?’ You can, @isabelgillies,” Hargitay tweeted on Tuesday. “And you do. You’re important and you have all my love.”