In an unusual pairing, Wildfang, a fashion label that challenges stereotypes and gender norms, has teamed with Nordstrom’s in-house BP brand to create a gender-fluid collection called BP + Wildfang.

Overalls, button-ups, blazers, statement T-shirts and accessories in a body-diverse size range up to 4X make up the BP + Wildfang collection. The line launches May 24 exclusively at 23 Nordstrom doors in the U.S. and Canada, and on nordstrom.com.

Prices range from $12 earrings to $89 coveralls, representing the low end of Nordstrom’s price spectrum and making the line affordable for the targeted Gen Z audience, a population between ages six and 24.

BP + Wildfang has been in the works for 18 months, and according to executives from both parties, the project extends beyond fashion to include gender knowledge training for Nordstrom employees, product style/fit research, social responsibility initiatives and marketing. The training has been happening for six months to help employees better serve customers, particularly those who will be shopping BP + Wildfang.

Nordstrom and Wildfang have a one-year agreement, with four merchandise drops planned, on May 24, then in August, October and December. Depending on results, the partnership could extend beyond a year.

“The fashion industry has not always been an inclusive place,” said Mcilroy. “It’s been exclusive. Frankly, this collaboration is trying to change that.” 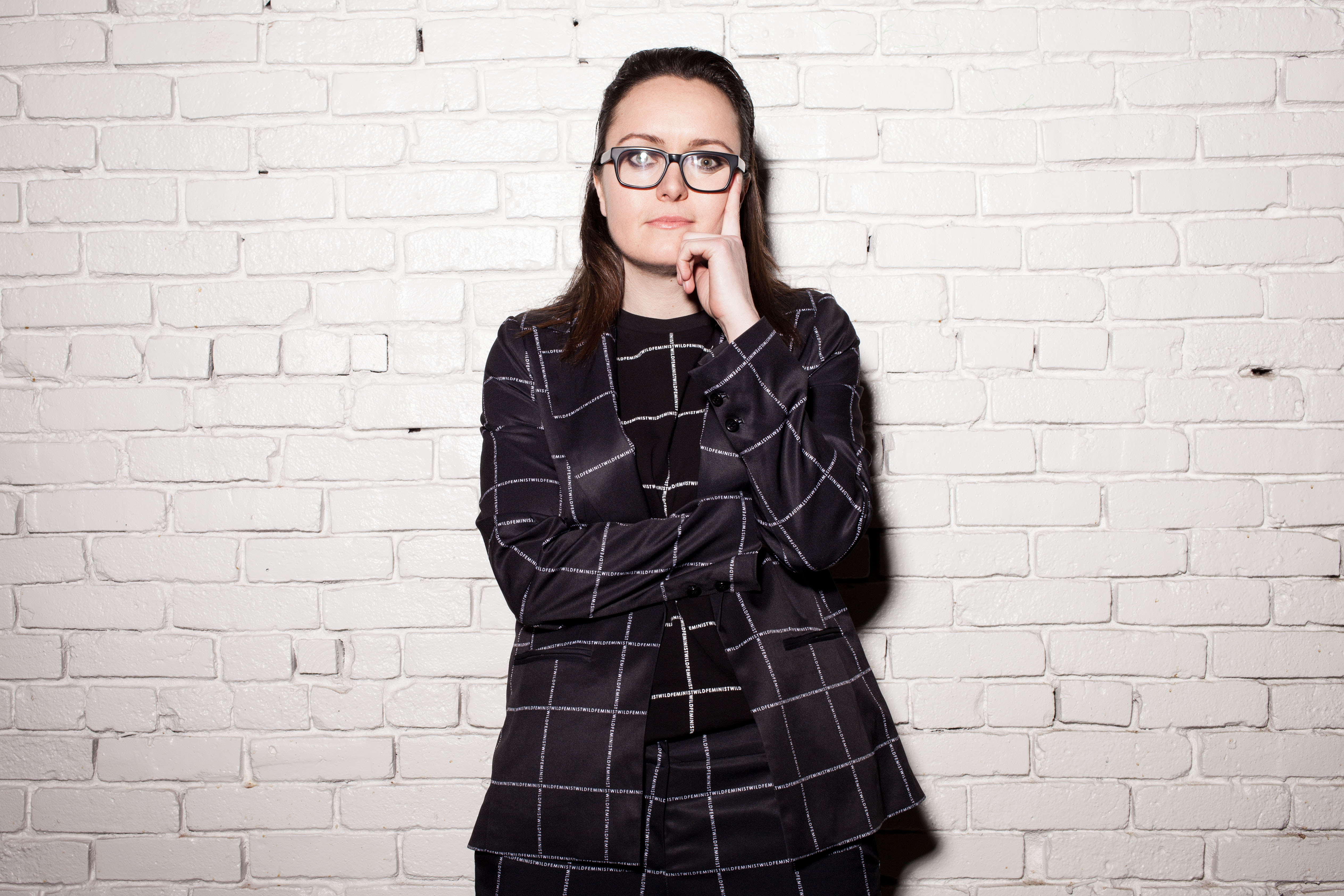 The gender knowledge training has been taking place either in person or virtually. “It touches all levels of Nordstrom staff,” said Mcilroy. Topics include creating an inclusive atmosphere, expression and customers changing identities. “There is a lot to learn,” said Mcilroy. “Gen Z is teaching us every day. It is so different from any generation in American history. It’s so fluid with how they identify themselves.”

At Nordstrom, “We are focused on being as inclusive as possible. We keep hearing from our customers that this is important,” Jen Jackson Brown, executive vice president and president of the Nordstrom Product Group, told WWD.

“BP is one of our top brands,” said Brown, describing the private label as targeting young adults with casual, easy sportswear, basics and trendier, at moderate prices. “But it started to become a bit transactional and we weren’t looking at customer values and serving them well. So we saw an opportunity to give BP more of a soul.”

One opportunity was by way of inclusion. “A year and a half ago, we started to work with Emma. She is a force to be reckoned with. We were really curious about her thoughts.”

Brown said the project started as a product collaboration. “Then Emma had some great ideas how to integrate more than that, to train our employees and create corporate responsibility initiatives. It’s an immersive partnership.”

She indicated that working with Wildfang reflects Nordstrom’s recent efforts to better serve communities and groups most often underrepresented. Five percent of sales from the BP + Wildfang collection will get donated to Year Up, which helps young people establish careers.

Last year, Nordstrom introduced BP Be Proud, the store’s first gender-inclusive collection, which is knit-based and has silhouettes for people of all gender identities. In addition, Nordstrom is giving a $100,000 grant to the Trans Lifeline x FOLX Hormone Replacement Therapy Fund, which helps individuals receive hormone replacement therapy. Seventy-five percent of funds are reserved for Black and Indigenous people, and people of color. Ten percent of BP Be Proud sales are donated to Trans Lifeline services. Between these efforts, Nordstrom hopes to give $350,000 in support of the transgender community. 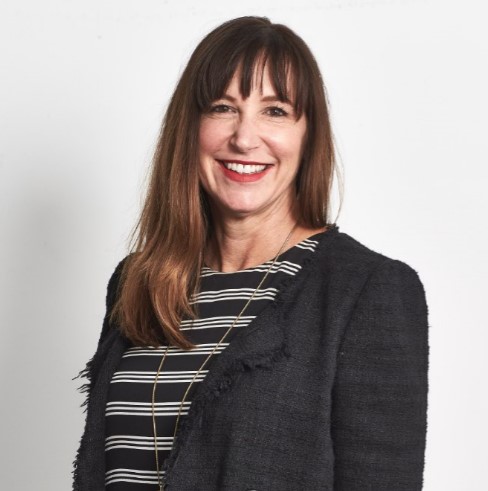 Mcilroy recalled a trip years ago to a department store when she felt jealous of the products in the men’s department and was disappointed the styles weren’t available to women. Sensing an underserved market for androgynous fashion, Mcilroy, along with Julie Parsley, former Wildfang chief operating officer, and Wildfang’s current creative director Taralyn Thuot quit their day jobs and pursued the idea of creating a safe, supportive, inclusive and inspiring space for women. They started Wildfang in 2013.

“We set out to create a home for badass women everywhere,” said Mcilroy. “It started with the ‘radical’ belief that a woman has the right to wear whatever the hell they want and be whoever the hell they want.…And speaking of rights, since our launch, we’ve given back over $500,000 to charities and organizations that support reproductive, immigrant and queer rights.”

Wildfang’s own collection targets women generally between ages 18 and 45 with “aspirational product at affordable prices.” Among the brand’s most popular items are coveralls, which Mcilroy said are versatile and easy to wear. Button-up shirts with buttons on the cuffs and locker loops reflecting a men’s tailored look and styles with bold graphics are also favorites.

“We have fun with clothing. It’s an important part of self-expression,” Mcilroy said.

The Wildfang collection is sold online, at the two Wildfang stores, in Portland, Ore., and Los Angeles, and in June will be sold at Nordstrom. A Wildfang store in New York closed due to COVID-19, but Mcilroy is considering a return to the city.

Whereas BP has projected a more classically feminine aesthetic, Wildfang is designed to be worn by anyone, regardless of gender identity. BP x Wildfang brings both energies together — masculine and feminine — and allows the consumer to play with it and show up in the world the way they want to. “You can wear BP + Wildfang and look super feminine or look super masculine. Or clash it and look something in the middle,” Mcilroy said.

“We look at gender norms and challenge them,” said Mcilroy, explaining the Wildfang philosophy. “It’s always been that a woman should dress a certain way, act a certain way, have certain types of jobs. These are awful stereotypes. We don’t believe in them. We tend to mess with them. The idea of exclusivity is something we are trying to change with every element of our BP + Wildfang partnership with Nordstrom. It’s a diverse group of people driving this line.” 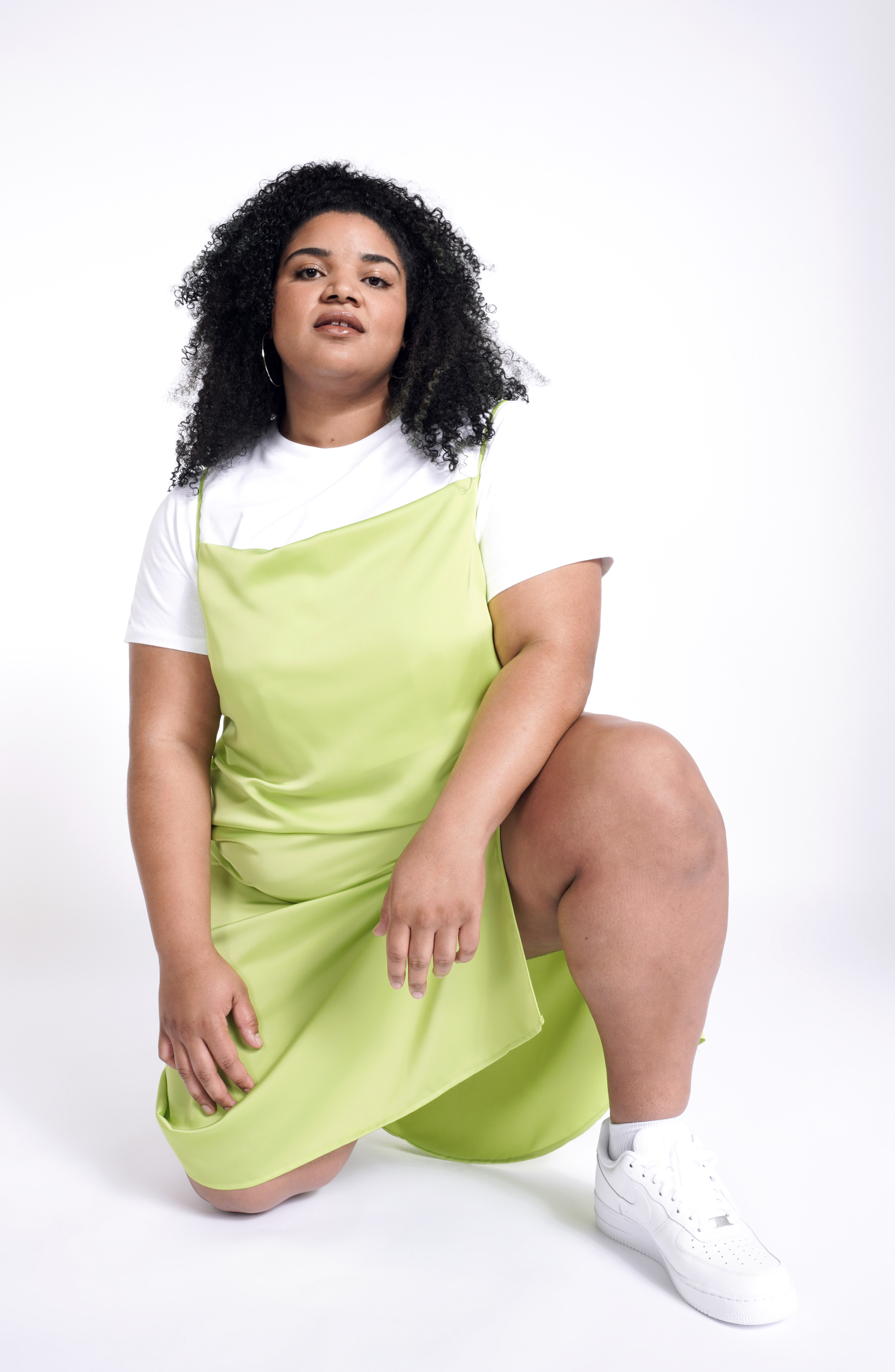 From the BP + Wildfang collection.