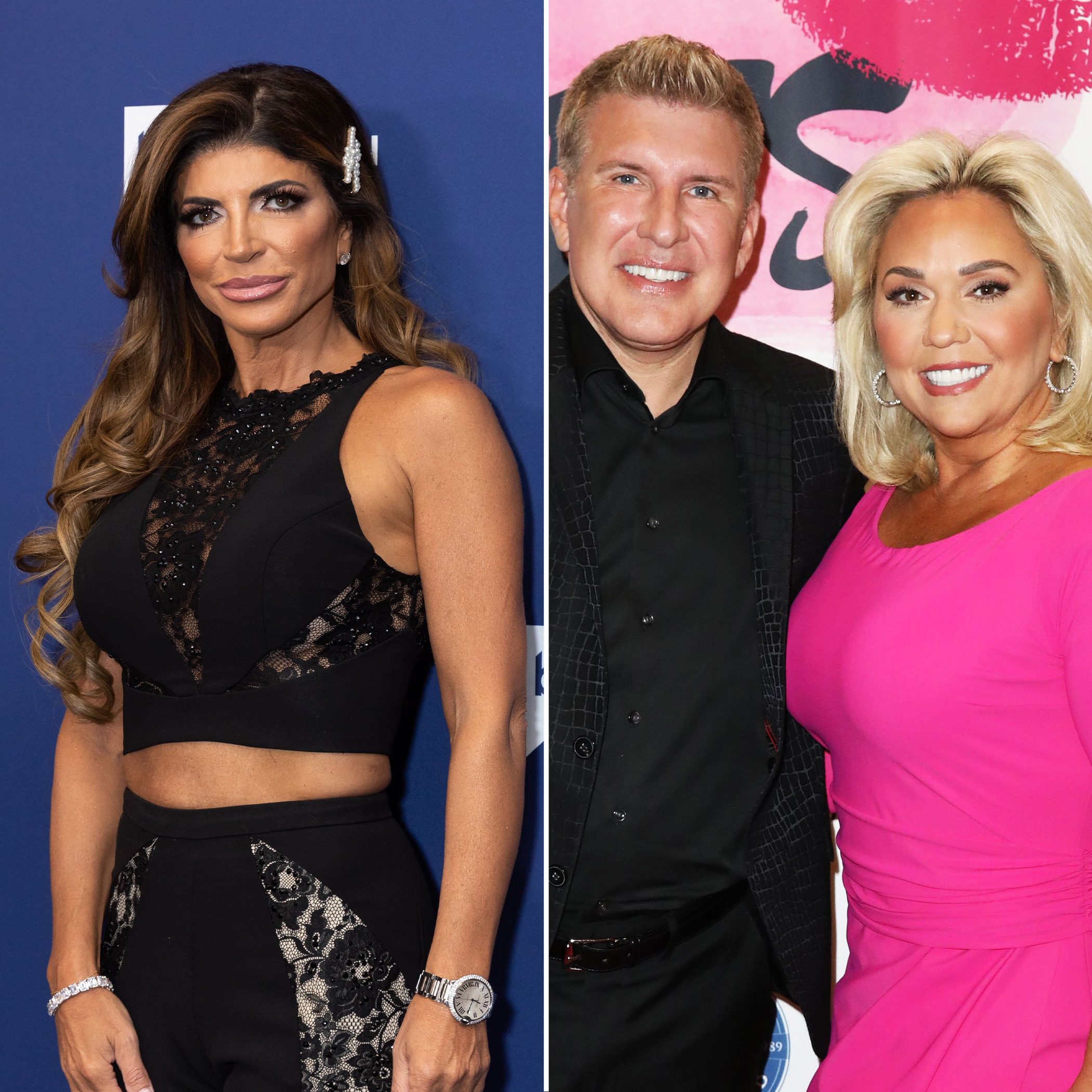 Real advice! Teresa Giudice offered words of wisdom to Todd Chrisley and Julie Chrisley as they prepare to begin their respective prison sentences for fraud.

While speaking with a TMZ photographer at LAX on Tuesday, December 20, the Real Housewives of New Jersey star, 50, advised Todd, 53, and Julie, 49, to “stand strong for their family and manifest while being in prison what they want when they come out … and just to be strong for their children.”

The Bravolebrity served an 11-month prison sentence for fraud herself in 2015. Her ex-husband, Joe Giudice, served 41 months.

“It’s going to be very hard but they have to make the best of it … they have to stay connected to their children and make it work,” the New Jersey native said of the Chrisley Knows Best stars, who were first charged with several counts of bank and wire fraud in August 2019. After pleading not guilty during their trial — which began in May — Todd and Julie were sentenced last month to 12 and seven years in prison, respectively. The duo will have to serve 16 months of probation as well.

Teresa, for her part, added that having her children visit her in prison “every week” helped her family get through the difficult period. The reality TV personality shares daughters Gia, 21, Gabriella, 18, Milania, 16, and Audriana, 13, with Joe, 50.

“The thing is my children were young … but based on their schedule, at least, go once a month,” Teresa advised.

Mention It All! Real Housewives’ Legal Troubles Through the Years

Todd and Julie reflected on staying strong for their kids during a November episode of their podcast “Chrisley Confessions” — their first time speaking out after receiving their sentences.

‘Chrisley Knows Best’ Get to Know the Chrisley Family

Todd added: “Yesterday doesn’t matter. Today is what we have. Tomorrow belongs to God, because we’re not promised tomorrow. What God calls us through, he will walk us through.”