A SPOT of blood on the sheets or in your knickers after sex – is it something to worry about?

Bleeding after sex is pretty common because there are so many reasons for it. 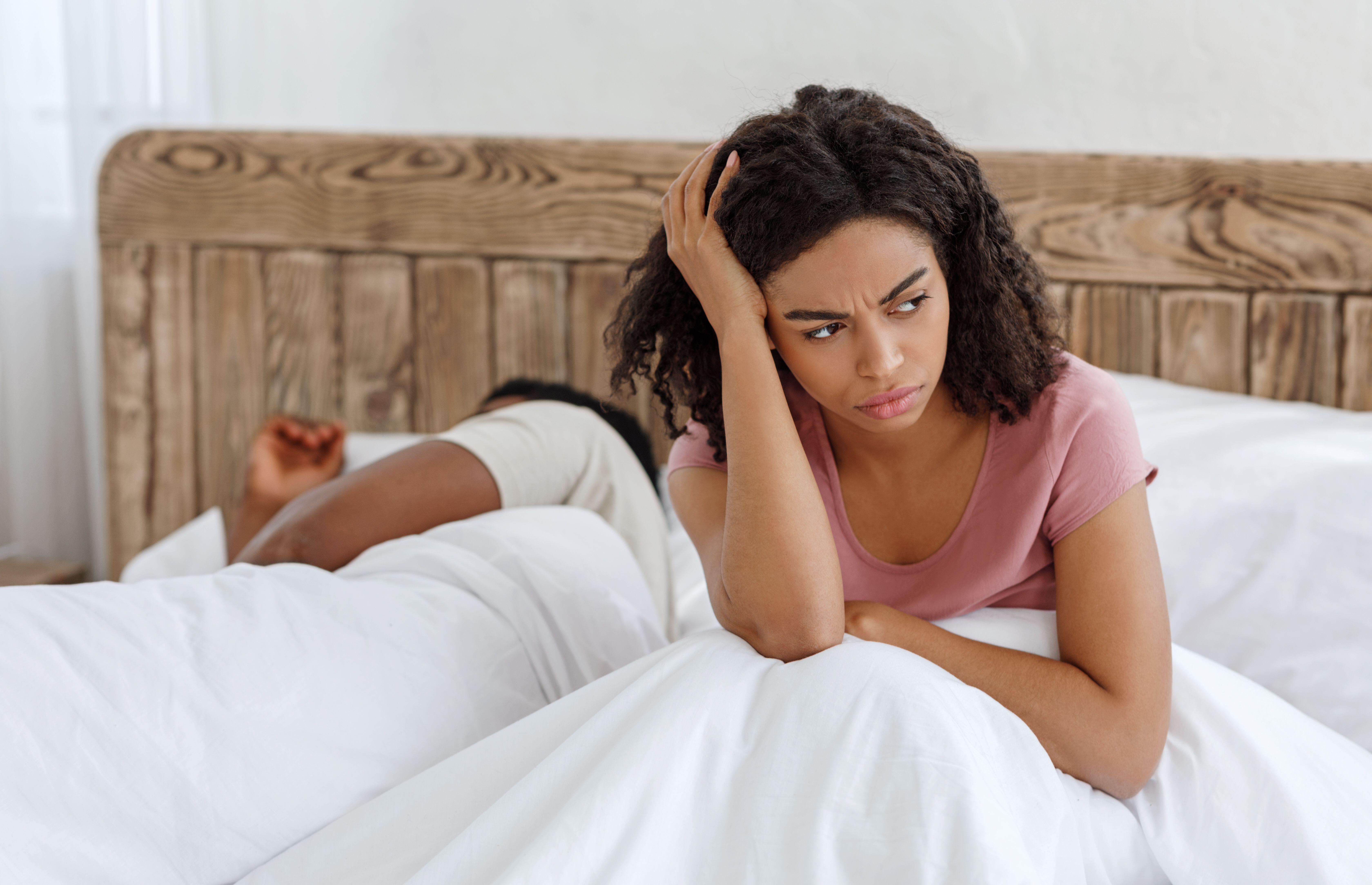 It could simply be because you’ve had a hot steamy session without enough lubrication.

On the other end of the spectrum, in rare cases, bleeding after sex can be a sign of cervical or vaginal cancer.

In any case, you should see your GP if you are concerned about bleeding after sex.

Your GP may do some tests to get to the bottom of the problem, and often it can be treated with simple medicines.

So what could be the causes?

One of the most common symptoms of a sexually transmitted infection in women is unusual vaginal bleeding.

It’s a tell-tale sign of chlamydia, gonorrhoea and mycoplasma genitalium – which can cause pelvic inflammatory disease (PID).

Because STIs often go unnoticed, showing no symptoms until it’s too late, it reinforces the importance of getting regular check-ups.

And if you do have odd symptoms, such as random bleeding or unusual discharge, lumps, a rash, itchiness or pain, then see your GP straight away.

If there is bleeding after or during sex, it may be down to a polyp – a blob of tissue attached to the lining of the womb or cervix.

One in ten women will have a polyp in their lifetime but the cause of these is unknown, according to the NHS.

Polyps usually start in the uterus but can move down towards the vagina, where they can be knocked.

They usually affect women of menopausal age, but young women get them too, with risk factors including high blood pressure and obesity.

While polyps are usually no cause for concern, and can easily be removed, the growths could become cancerous or cause issues with fertility.

Fibroids are non-cancerous growths that develop in or around the womb, ranging from the size of a pea to a melon.

They are different to polyps due to the tissue they are made from.

Around one in three women develop them at some point in their life, usually between the age of 30 and 50, and more commonly in women of African-Caribbean origin.

However, many women with them have no idea. If symptoms do show, bleeding during sex could be one of them.

Felice Gersh, MD, an obstetrician and gynaecologist, and founder and director of the Integrative Medical Practice of Irvine in Irvine, California, told Health: “Fibroids can cause bleeding when they are all or partially within the uterine cavity. They have a lot of blood to them and with the bouncing movements of sexp, they can begin to bleed.”

There are medications for fibroids to relieve the symptoms. But if they don’t help, you may need surgery.

Vaginal dryness during sex, and potentially bleeding, may just be a result of things moving a little too quickly in the bedroom.

The NHS says “damage to the vagina, such as tears caused by childbirth, or by dryness or friction during sex” can cause bleeding.

But sometimes dryness can be an ongoing problem for women, causing pain during sex, itchiness and urinary tract infections (UTIs).

It’s a common problem for women going through the menopause, although there are treatments available to stop it from happening.

Women who have had cancer treatment, are breastfeeding, taking antidepressants or contraceptives, may also be familiar with vaginal dryness.

Ah, the trials and tribulations of birth control.

Sometimes, giving a new type of contraception can cause the body to go into chaos as it adjusts to a new normal.

You may notice bleeding between periods using the pill, called spotting, because the body is adjusting to having a thinner womb lining as a result of a change in hormones.

Women who take oral contraceptives are also more likely to get a cervical ectopy – a raw graze-like area at the opening of the cervix.

The NHS says: “Unexpected vaginal bleeding, spotting or blood streaked discharge, often during or following sexual intercourse, are common if you have a cervical ectopy.

“This is because the raw area can be irritated by the penis during intercourse. Bleeding may not happen every time and commonly occurs up to 12 hours following intercourse.”

Contraceptives are also a reason for vaginal dryness, as described above.

Yeast or bacterial infections, like thrush and bacterial vaginosis, are uncomfortable and often embarrassing.

They often kill your sex life – but if you are still enjoying intercourse, bleeding may show up as a symptom.

In fact, you may not notice you are having problems down there until you have sex, as the act can trigger symptoms including a smelly discharge, pain, itching or blood.

Bleeding would be a result of inflammation and irritation internally, which is likely rare.

Dr Gersh said: “If the cervix is infected and becomes inflamed (aka, cervicitis), there could be some small amounts of blood seen after sex, due to the rubbing.”

If there is anything to warn you not to ignore bleeding after sex, it’s knowing that it could be the sign of a potentially deadly form of cancer.

Most commonly abnormal vaginal bleeding – between periods, during or after sex or after the menoapuse – is the first sign of cervical cancer.

In the UK, nearly 900 women die every year of cervical cancer – most commonly diagnosed in those in their 30s.

Cervical cancer is preventable (nearly 100 per cent of cases), but you must turn up to your NHS smear tests. They are offered to all women aged 25 to 64 for free.

The rarer vaginal cancer can also cause unusual bleeding.