BUSINESS bosses, lawyers and marketing and sales directors are the highest paying jobs of 2021, according to official data. 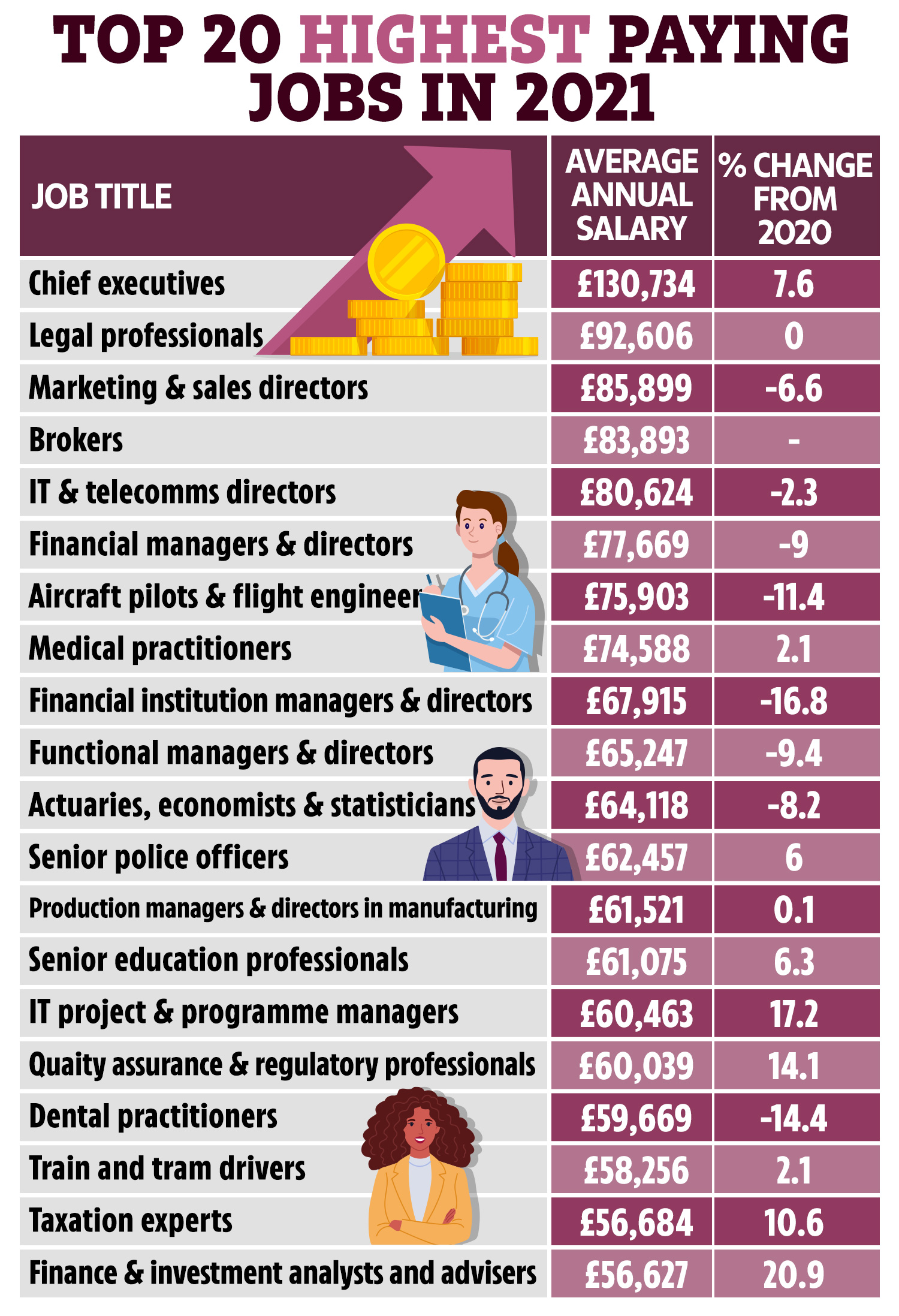 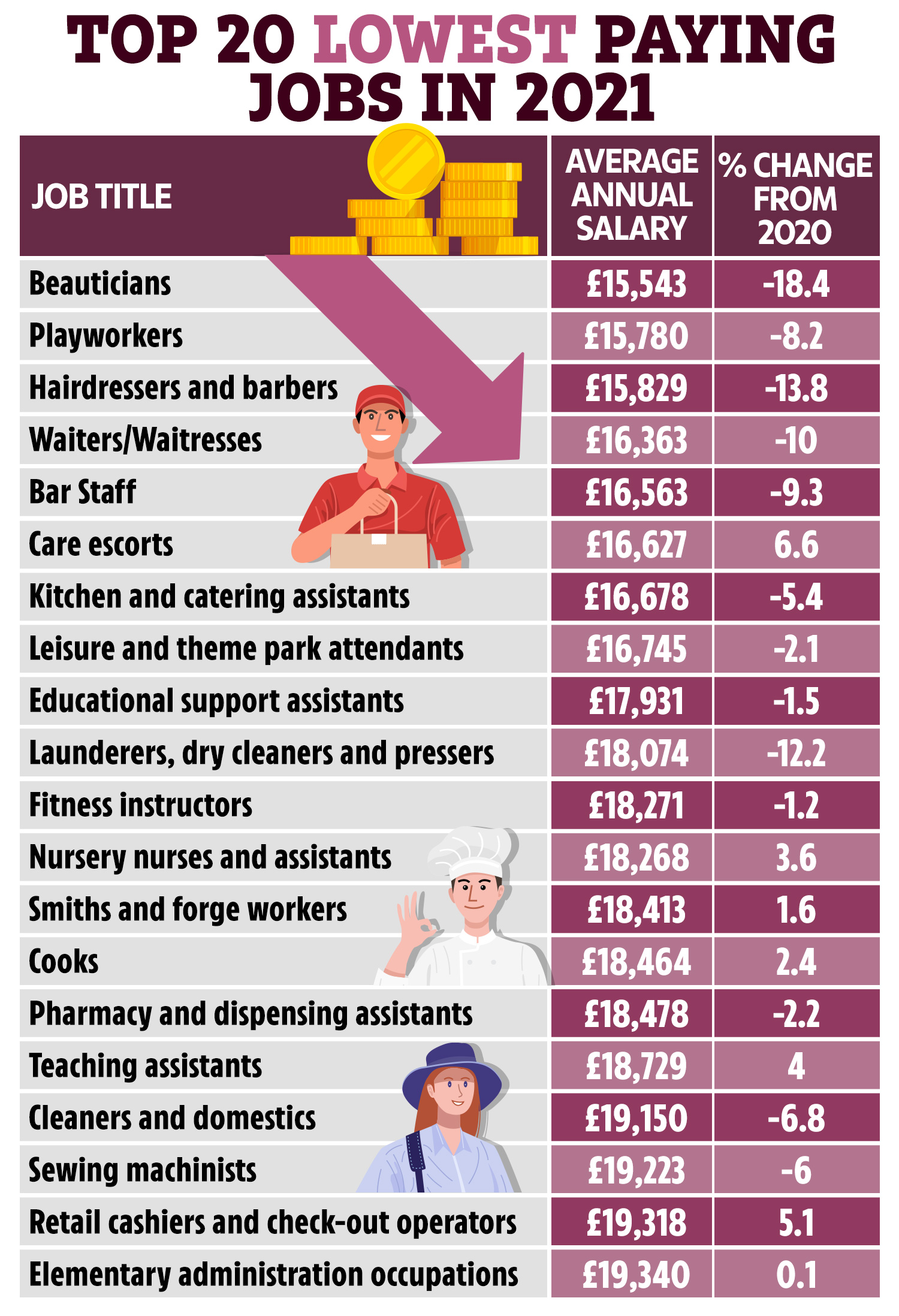 Legal professionals were next on the list, earning an average of £92,606 – unchanged from last year.

Marketing and sales directors were paid an average of £85,899 in 2021, 6.6% less than last year, according to the Office for National Statistics.

Meanwhile, many of the lowest paid jobs were in sectors that were hit hard during the coronavirus pandemic.

However, experts said the rise partly reflected the fact that more men were furloughed in 2020, which skewed last year's figures.

Other changes during the pandemic, including more flexibility on working from home, could help close the gap as it will help women juggle work and childcare more easily.

Sarah Coles, senior personal finance analyst at Hargreaves Lansdown, said: “The gender pay gap widened in the year to April, but it’s not as bad as it looks.

"On first glance, a year of the pandemic appears to have reversed trends that saw a decade of progress on the gender pay gap.

"However, on closer inspection, figures show that changes during the pandemic could hold the key to closing the gap much further and faster in future."