In the most recent “Dear Polly” advice column in New York Magazine's The Cut, a woman writes that she is 35, has spent ten years looking for love on dating apps and that she is emotionally exhausted and tired of being the go-to person among her coupled up friends for hilarious "dating anecdotes."

The woman estimates she has gone on close to 100 first dates.

The sentiment, the exhaustion, and Polly/Heather Havrilesky's typically searing/rallying response in which she implores the woman to forget the apps and instead try to find a way to live life on her terms, will ring true for many people who've tried to find a partner in the past decade. 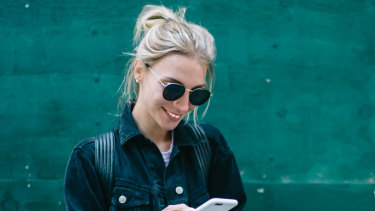 Yet according to the latest How Couples Meet and Stay Together study by Stanford University, 39 per cent of heterosexual couples met through online dating or apps. This is up from 22 per cent since 2009.

As Emine Saner reported in The Guardian, romantic prospects tend to be strangers now, not friends of friends, or people you meet through work or university like we might have pre the internet and dating apps.

“The rise of online dating has displaced every other way of meeting to a certain extent,” Michael Rosenfeld, a professor of sociology and lead researcher of the study tells Saner.

“When we last looked at this with data from 2009, friends were still by far the most popular way heterosexual couples met partners. I have been a little bit surprised at how much the internet has displaced friends.”

Between the endless swiping, the buffet of choice dating apps offers, the lacklustre first dates, the weirdos, dating right now is not for the faint hearted.

Then you only need to look at the survey finding one in 10 people check their phone during sex and the very real prospect of tonight sitting next to your partner on the couch while you both simultaneously scroll through Instagram and not speak to each other to know relationships are impacted by technology too.

Relationship and dating expert Dr Nikki Goldstein has a word for it: "technoference."

"[It is] interference in personal and intimate connections and communications due to the attention given to technology, mostly handheld devices. It’s definitely a new issue affecting relationships, dating lives and happiness levels in Australia," she says, spotlighting a recent survey of 1320 people by the SKYN condom brand on their attitudes toward sex, dating and relationship.

While Dr Goldstein doesn't think banning dating apps or social media is the answer, she says finding balance when it comes to technology and your dating and romantic life is key.

"[W]e should celebrate the technology that brings us together …it’s the negative impacts we also need to be mindful of and how to not only be aware of where those are but how to counterbalance them. We don’t have to ditch the phones to save intimacy," she says.

Instead Dr Goldstein counsels people and couples to address why technoference might have seeped into their lives and addressing the underlying issues — not feeling seen perhaps, or not communicating needs effectively.

"It’s common for someone to talk about a disconnect from their partner, not feeling important anymore or that they are not getting enough attention. It might also be that there feels like there is a lack of intimacy in the relationship. Many of these concerns could be linked with someone’s overuse of technology and devices so that instead of focusing on their partner, talking to them more, being more intimate with them, they are tuned in to something else," she says.

"Think of it nearly as an affair with technology."