Before we go any further I want to say there’s no Captain America in this article, no Spider-Man, and only the slightest hint of Wolverine.

And for me, a Marvel comics geek, that’s perfect.

Reading the X-Men comics I was always more interested in the background characters: the oddballs stood behind the big names, the new recruits – the ones with B-list potential.

So when a movie about The New Mutants, the X-Men’s first junior team, was shot in 2017, I was pretty excited.

And while it’s been a long wait for me it was even longer for Josh Boone, the man who made the movie.

“I got a reminder on my phone recently from set,” the director and writer tells Radio 1 Newsbeat.

“It was a photo saying ‘three years ago’ and I was like, ‘screw you!'”

Here’s the history. The New Mutants was made in 2017 by Fox Studios (now 20th Century Studios), which owned the rights to Marvel’s X-Men franchise. Every X-Men movie you’ve seen has been made by that studio.

But shortly after The New Mutants was made, Disney – which by then owned Marvel – bought Fox Studios, meaning X-Men movies belonged to Marvel again. And Marvel has plans for a whole new franchise.

Reshoots of Josh’s film were planned, which is normal for most movies – although there are suggestions a lot was asked of Josh and his cast and crew to get the film ready for release.

The merger meant the reshoots never happened. What’s in cinemas now is what was filmed during the original shoot three years ago.

“We were just in a perplexing circumstance that most people don’t have to deal with,” Josh says.

“I feel like we did it. But oh my God, there were a lot of bumps and bruises.

“You’re holding on to it as it gets smaller and smaller and then eventually you’re like, ‘I can’t believe we made this’.” 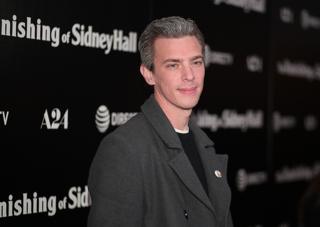 Josh wrote the movie with childhood friend Knate Lee. The two had been obsessed with comic books as kids, including X-Men and New Mutants.

They pitched the movie as the first part of a superhero/horror trilogy, with its cast of teenage characters also allowing for young adult elements, all set inside the world of the X-Men.

“Once you start to find what the movie is, the budget comes in hard, you start to realise you’re gonna have to cut your dream of it in half,” Josh says.

“Not in a bad way, just in a ‘reality of Hollywood’ way that any director who goes to make a movie eventually has to do.

‘I’ll choose my next project wisely’

Josh says his experience making The New Mutants was very different to making 2014’s award-winning The Fault In Our Stars, which he’s probably best-known for.

When early audiences loved that film, Josh says the president of the studio told him “you’ll never see me again” and approved the movie for release.

“That was blessed circumstances and this was like, the opposite.”

After making it through the merger, The New Mutants was delayed again in 2020 because of coronavirus.

Coincidentally, Josh’s next project is a TV adaptation of Stephen King’s book The Stand – about a strain of flu which wipes out most of the world’s population.

“That we had just made that and a pandemic happened was already so weird,” he says.

“And now we’re releasing a movie about kids in quarantine? And I’m just like – I don’t know – I’ll choose the next project more wisely.”

Who are The New Mutants?

Casual Marvel fans probably won’t be too familiar with characters like Cannonball, Magik, Wolfsbane, Moonstar or Sunspot – who are actually never referred to by their X-Men codenames in the film. But the fact there’s no mainstream favourites in the The New Mutants shouldn’t put superhero movie fans off.

After all, Marvel’s Guardians of The Galaxy proved you can start a billion dollar franchise with a tree and a talking rodent among your main characters.

Here we have outsiders too. The New Mutants is about a group of young, super-powered teenagers, locked away in a facility for their own protection, fighting nightmarish monsters and a giant creature called Demon Bear.

Among the cast is Maisie Williams (Game of Thrones), Charlie Heaton (Stranger Things) and Anya Taylor-Joy (The Witch, Peaky Blinders).

It also includes the first LGBTQ+ storyline in a major Hollywood superhero movie, with Maisie’s Rahne – who can turn into a wolf – and Blu Hunt’s Dani, who creates illusions, providing a love story.

Josh says it’s “weird” not to have more of this in mainstream movies, but blames Hollywood needing to sell its work to “homophobic territories” around the world.

“It’s worth pushing harder and trying to get that stuff through,” he says.

“This seemed a good vehicle to do it, especially since there are so many kids in their teen years struggling with their sexuality or in abusive homes.

“Even the most popular kid in school probably still feels a bit like an outsider and like they don’t belong, because I just think that’s the experience of being a teenager.”

It’s Maisie’s character Josh seems to relate to most closely. She mirrors some of his upbringing in America’s Bible Belt during the 1980s.

He says his parents became involved in an evangelical Christian movement during his childhood that “swept up” parts of America at the time.

“Stephen King books got burned in the fireplace, Christian tapes were copied over with Guns & Roses so they wouldn’t know what they were stored on,” he adds.

“So it was trying to find ways to bring some of those elements into it that were personal.”

One of the co-creators of the comics has criticised the film for whitewashing some of its characters and even spelling his name wrong in the credits.

But despite all the bumps in the road – which now make Josh’s trilogy plans seem unlikely – he’s hopeful the characters he’s brought to screen might still find a home in the future.

“I’m super curious to see what Marvel’s gonna do with the X-Men franchise,” he says.

“If they’d let us make some more, that’d be great. If they carry on the characters in some way, that would be great. I think we’ve got one of the best casts under the sun.

“It all ended up well because I think we all really love the movie.”