Meghan, the Duchess of Sussex, has remained publicly silent amid criticisms and name-calling in the press since her wedding to Prince Harry last year.

But the duchess gave a sign that she is aware of the negativity in a conversation she and Harry had with singer Pharrell Williams at the London premiere of “The Lion King” Sunday night.

Williams was heard on camera praising Harry and Meghan for their relationship, saying to them, “[I am] so happy for your union. Love is amazing. It’s wonderful. Don’t ever take that for granted, but what it means in today’s climate, I just wanted to tell you, it’s so significant for so many of us. Seriously … We’re cheering you guys on.”

Meghan reached out and touched Williams’ arm as she thanked him and said, “They don’t make it easy.”

Harry then whispered a reply in Williams’ ear that made both him and Meghan laugh.

Williams finished the conversation by saying, “So you understand the significance. It’s beautiful.” 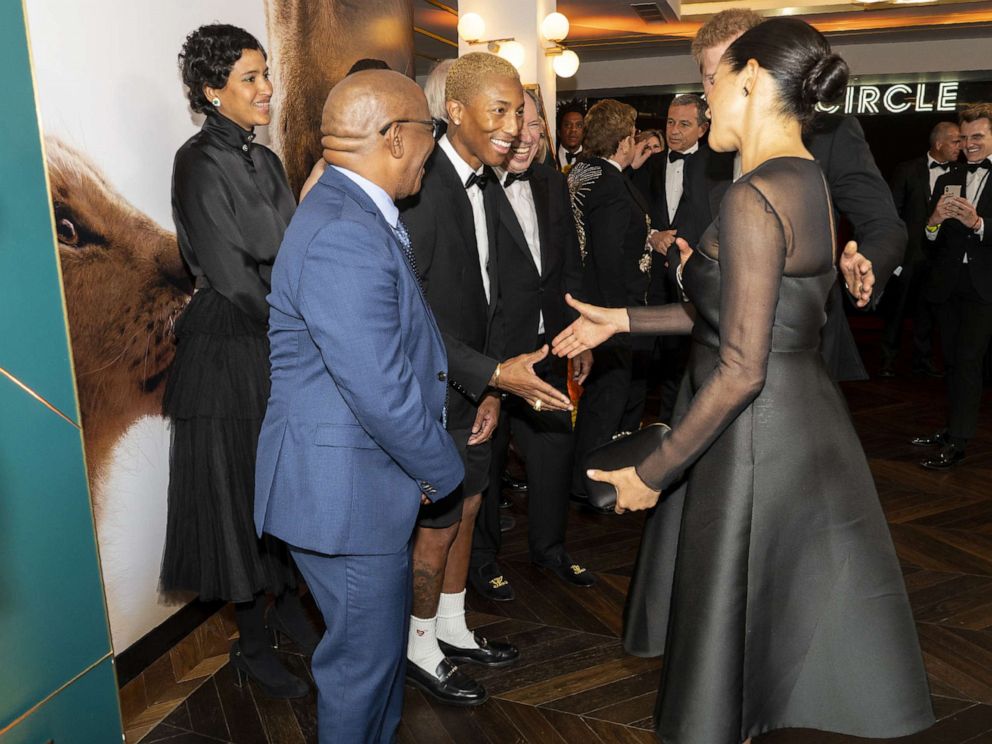 Meghan’s remark that “they don’t make it easy” came just a few days after she faced backlash for an appearance at Wimbledon to support her friend Serena Williams. She was accused of having extra tight security that left rows of empty seats around her and her friends and saw security guards appearing to chastise people who had cameras near her.

In February, five of Meghan’s close friends spoke anonymously in a rare interview with People magazine to stand up to what they called “global bullying” of the duchess.

“Meg has silently sat back and endured the lies and untruths,” one of the friends, described as a former costar of Meghan’s, told the magazine.

“We worry about what this is doing to her and the baby,” the costar said of Meghan, who was pregnant at the time with her first child, a son she and Harry named Archie. “It’s wrong to put anyone under this level of emotional trauma, let alone when they’re pregnant.”

Meghan has been dubbed “Duchess Difficult” by the British tabloids and faced rumors of a feud with her sister-in-law Kate, who is married to Prince William.

She was also criticized for her and Harry’s decisions to keep details of Archie’s life private, like his christening and his birth.