After several weeks with no confirmed sightings, Washington officials said this week that three more Asian giant hornets have been spotted in the state. Only two of the hornets — dubbed “murder hornets” — were captured.

The hornets were spotted by a local resident southeast of Blaine, a city in Whatcom County. The Washington State Department of Agriculture (WSDA) said this week that two of the hornets were captured and a third was photographed attacking a wasp nest.

WSDA shared photos of the captured hornets on Facebook, displaying them next to a yellow jacket to show off their truly terrifying size.

The new sightings bring the total number of murder hornets found in the state to 12 since they were first spotted in Whatcom in 2019, according to The Bellingham Herald. The 2019 sightings marked the first time the hornets were found in the U.S. 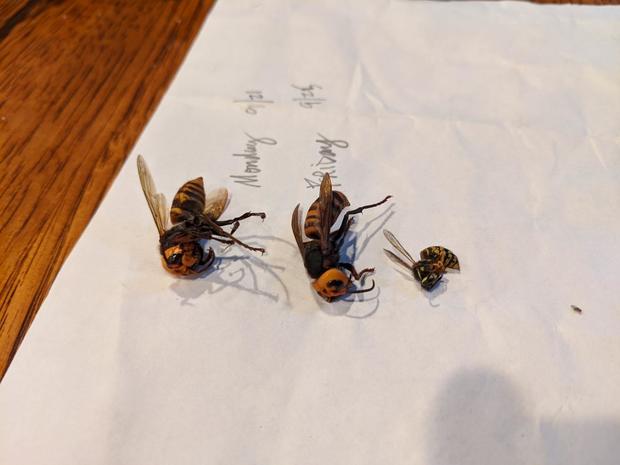 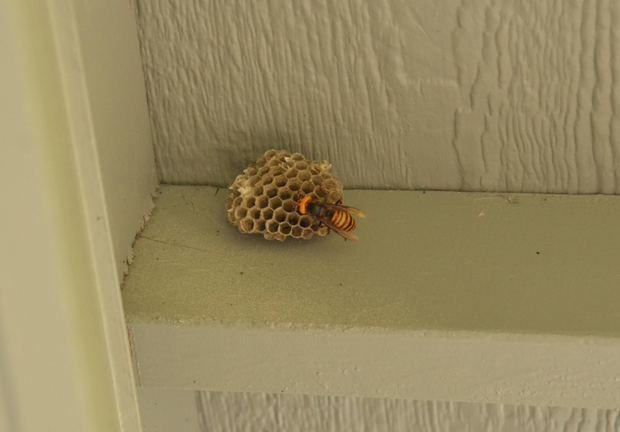 Officials said after previous sightings that they have set up traps in the area to try to catch live hornets, tag them, track them back to their colony and destroy them before the invasive pests become established in Washington state.

After capturing their first murder hornet in July, officials said they aimed to eradicate them from the state before they started to reproduce in mid-September. “If it becomes established, this hornet will have negative impacts on the environment, economy, and public health of Washington State,” WSDA said.

The Asian giant hornet, Vespa mandarinia, is the world’s largest hornet species. They have large yellow-orange heads, prominent eyes and are between 1.5 to 2 inches long.

The hornets, which are often confused with the European hornet, are known for their painful stings. They will attack people and animals if they feel threatened and officials warn people to be extremely cautious if they spot one.

They also pose a massive threat to the honeybee populations, especially in late summer and early fall. Murder hornets can decapitate bees and destroy hives in a matter of hours — known as their “slaughter phase” — which would also have a catastrophic effect on the crops that the bees pollinate.