Shedding more light on the situation. It’s been more than a year since Tom Bergeron and Erin Andrews were cut from Dancing With the Stars and while fans were shocked by the decision, Bergeron, 66, wasn’t caught that off guard.

Everything Tom and Erin Have Said About Their ‘DWTS’ Exits

“In all candor, the show that I left was not the show that I loved,” he said on a recent episode of the “Bob Saget’s Here for You” podcast. “So, the end of the season that turned out to be my last season [in 2019], I kind of knew. So I took everything out of my dressing room that I really wanted. … It was kind of obvious that we were kind of butting heads.” 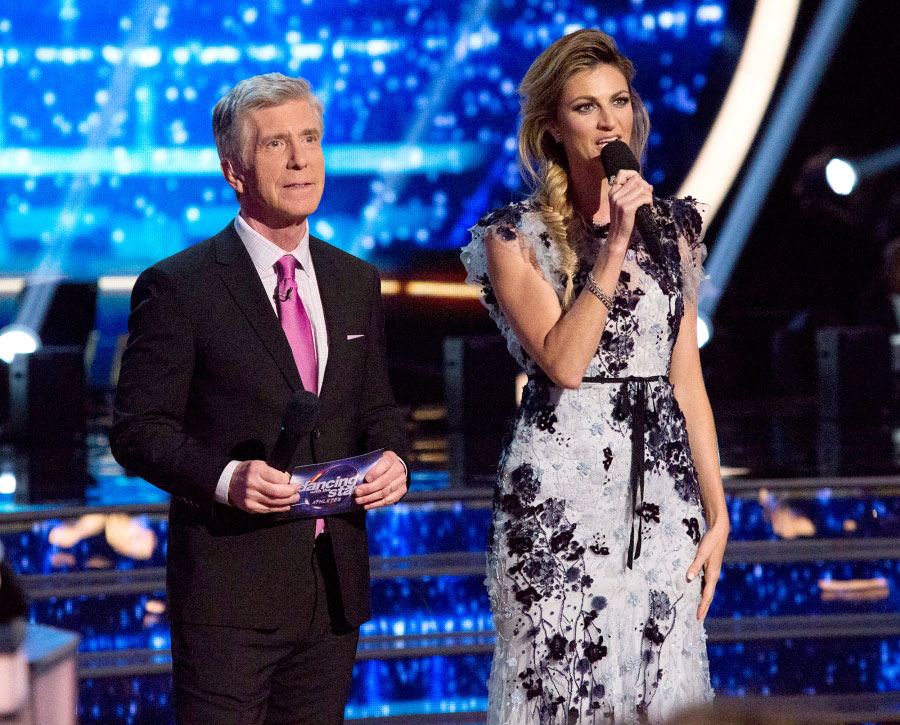 The comedian went on to say that he “wasn’t surprised” that season 29 was his last, adding, “I think Erin and I had more fun getting fired than anyone.”

Bergeron’s final episodes featured Sean Spicer, who was White House press secretary during Donald Trump‘s administration. His casting was a decision that the former America’s Funniest Home Videos host spoke out against at the time.

Most Controversial ‘Dancing With the Stars’ Contestants

“A few months ago, during a lunch with DWTS‘ new Executive Producer, I offered suggestions for Season 28. Chief among them was my hope that DWTS, in its returning following an unprecedented year-long hiatus, would be a joyful respite from our exhausting political climate and free of inevitably divisive bookings from ANY party affiliations,” Bergeron tweeted in August 2019. “I left that lunch convinced we were in agreement. Subsequently (and rather obviously), a decision was made to, as we often say in Hollywood, ‘go in a different direction.’”

In September 2020, executive producer Andrew Llinares spoke out about the choice to replace the longtime cohosts.

“I think it’s all about evolution. I think any show like this that has been on many, many seasons needs to continue to evolve,” he told reporters during a panel at the time. “I think changing the host was all about evolution, it was about making the show feel fresh, making it feel new [and] kind of make it reach out — maybe to a new audience as well, as well as the audience that’s been there for years.”

Biggest ‘Dancing With the Stars’ Controversies Through the Years

At the end of his latest interview, the Massachusetts native added that he didn’t want to sound like “a whiny millionaire” to the listeners.

“It’s so self-absorbed. I mean, look. I had great fortune,” Bergeron said on the podcast. “I mean, I had two network shows running simultaneously for the better part of a decade and a half.”