Tom Hiddleston and Zawe Ashton are engaged after 3 years together

Tom Hiddleston and his fiancée, Zawe Ashton, are expecting their first child together.

A source confirmed to Page Six that Ashton is pregnant after the actress debuted her baby bump on the red carpet at the premiere of her new movie, “Mr. Malcolm’s List,” in New York City Wednesday night.

Ashton – who plays Julia Thistlewaite in the period drama based on the novel of the same name – glowed as she made her way down the red carpet in a gold, off-the-shoulder, empire-waist beaded gown made of chiffon.

Page Six has reached out to reps for Hiddleston and Ashton for comment.

Though Hiddleston was not present at the premiere, Ashton was joined by co-stars Freida Pinto, Sope Dirisu, Theo James and Sianad Gregory, as well as director Emma Holly Jones.

Earlier this month, Hiddleston, 41, finally confirmed he was engaged to Ashton, 37, after months of speculation.

“I’m very happy,” he told the Los Angeles Times on June 14, three months after the former “Betrayal” co-stars sparked engagement rumors at the 2022 BAFTA Awards. At the time, the actress was photographed wearing a diamond ring on that finger.

While the duo did not previously address their relationship status publicly, we later confirmed that they were engaged.

Hiddleston previously dated actress Susannah Fielding from 2008 to 2011, as well as Taylor Swift in 2016. Even after he split from the Grammy winner, he told GQ she was “an amazing woman.” 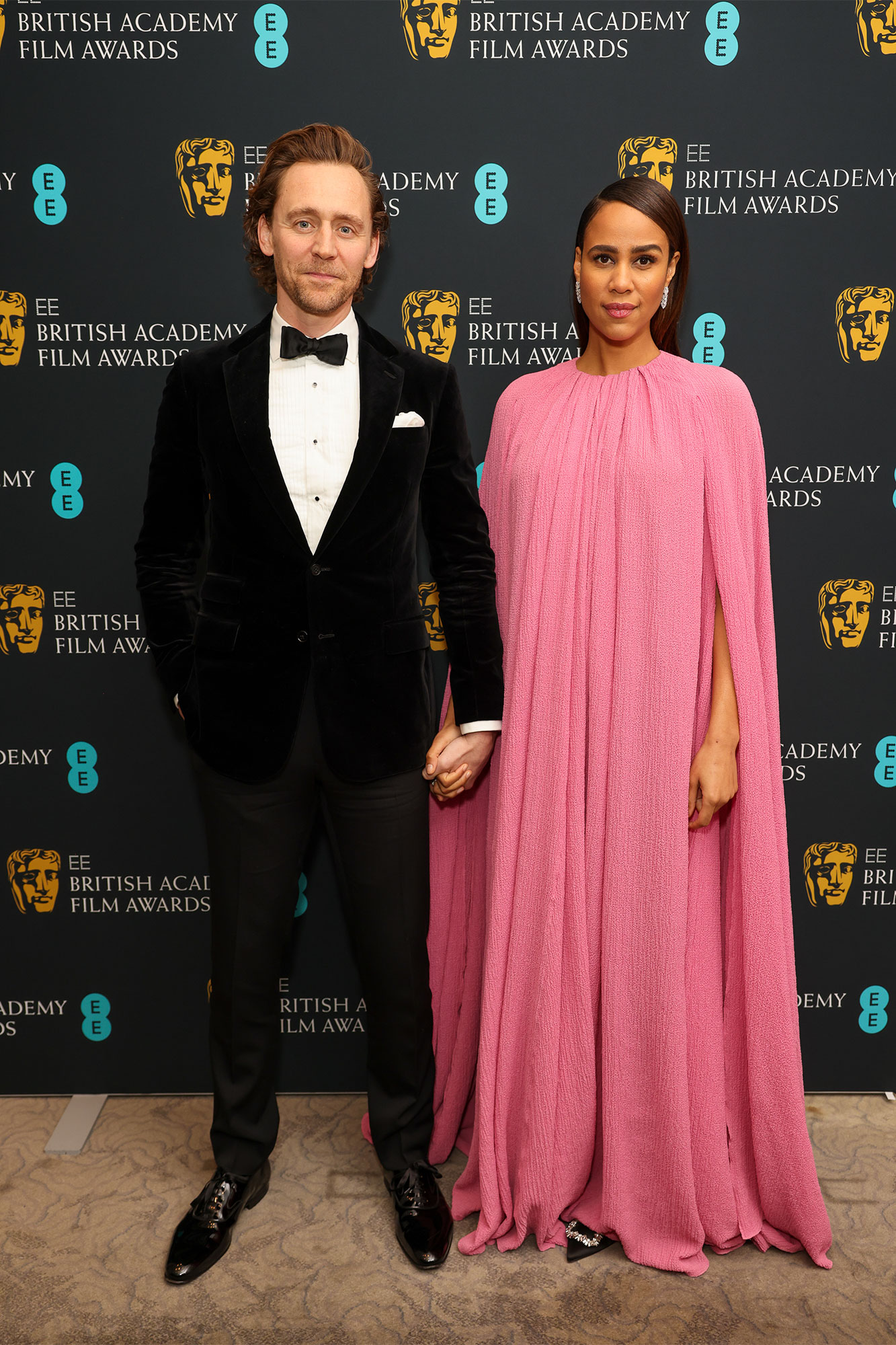 The “Loki” star later clarified in a February 2017 interview that his brief relationship with Swift was “of course … real,” adding, “She’s generous and kind and lovely, and we had the best time.”

The actor noted that he wanted a “regular” relationship with the singer-songwriter, who is now dating English actor Joe Alwyn.