TOM UTLEY: How daft to claim calling someone a nerd is a hate crime… for the geek shall inherit the earth 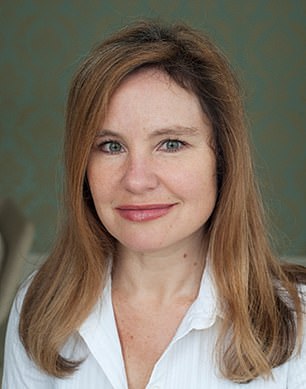 Sonja Falck, senior psychotherapy lecturer at East London University has claimed someone who uses terms such as ‘geek’ or nerd’ should be prosecuted for a hate crime

My award for the most sublimely silly suggestion of the week, in a more than usually crowded field, goes to the academic who insists that calling someone a ‘geek’, a ‘nerd’ or even a ‘boffin’ should be punishable as a hate crime as serious as the worst racial, homophobic or religious abuse.

Take a bow Sonja Falck, a senior psychotherapy lecturer at East London University. After eight years’ research (where did she find the cash in the years of austerity when essential services were cut to the bone?), she has concluded that such terms are divisive and humiliating to clever people, making them feel ‘like they’re a misfit and don’t belong’. They are the ‘last taboo’, she says.

For good measure, Dr Falck adds that victims of ‘anti-IQ slurs’ feel the same distress and isolation as other minorities facing verbal abuse. She therefore thinks that those whose IQs are in the top two per cent of the population — and we are asked to believe, hard though this may be, that she is among them — should have the same legal protection as other persecuted minorities.

I confess that when I first read this story, I was convinced it was an elaborate hoax, intended to wind up newspaper columnists like me who believe the idiocies of identity politics and the cult of victimhood have already gone much too far.

More from Tom Utley for the Daily Mail…

As a man who prides himself on being a bit of a crossword geek, it occurred to me that perhaps Sonja Falck could be an anagram of something meaning the equivalent of April Fool in a foreign language. But try as I might, the only coherent result I could get from rearranging the letters in her name was ‘Alf Jackson’.

Now, for all I know, there may exist a notorious prankster by that name. But apart from an Australian rules footballer who died in 1964 and a half-brother of the music genius Prince, I can find no trace of a famous Alf Jackson on the internet.

So I have to conclude that Dr Falck actually exists — and that she really does hold the supremely fatuous views attributed to her in this week’s papers.

Various thoughts spring to mind. The first, of course, is how insulting it is to the victims of real hate crimes — bullied for no better reason than the colour of their skin or a physical or mental disability — to be told that their plight is no worse than that of bright children described by their schoolmates as swots, brainiacs or eggheads.

To be fair to Dr Falck, we all know from our own schooldays that teachers’ pets are not always the most popular kids in the class. Indeed, high-achievers on the autistic spectrum, who often lack the social skills needed to muck in with their contemporaries, tend to get a particularly hard time.

But as most of them are surely bright enough to realise, any taunts they may suffer spring in large measure from classmates’ envy of their abilities. Unlike less fortunate victims of abuse, meanwhile, they have the comfort of knowing they’re highly likely to have the last laugh.

After all, we live in a world increasingly ruled by the likes of those billionaire arch-geeks, Mark Zuckerberg of Facebook and Bill Gates of Microsoft.

And what about Dominic Cummings, the genius behind Vote Leave and Boris Johnson’s election campaign? You have only to read his erudite blogs — crammed with research and provocatively original thoughts — to realise that here is a man who was almost certainly described by his schoolmates as an egghead, a know-all, a smartarse or a dweeb.

Schooldays aside, Dr Falck appears to miss the point that for many of us, words such as boffin, geek and brainbox are terms of endearment, reserved for people we hold in high respect.

How else can she explain the extraordinarily widespread appeal of BBC2’s Only Connect, that ultimate geekfest which positively celebrates nerdiness? 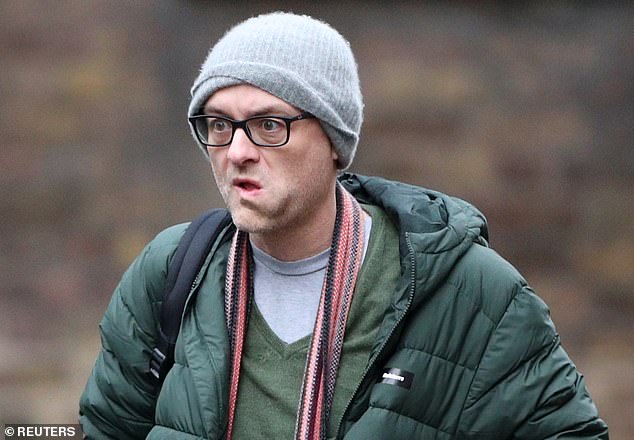 Dominic Cummings, the genius behind Vote Leave and Boris Johnson’s election campaign? You have only to read his erudite blogs — crammed with research and provocatively original thoughts — to realise that here is a man who was almost certainly described by his schoolmates as an egghead, a know-all, a smartarse or a dweeb

Week after week, I watch this most complicated quiz-show in dumbstruck awe of the contestants’ brilliance, thinking myself a latter-day Einstein if I manage to get a single question right.

Yet again and again, the whizzkids of all ages on the opposing teams identify the most obscure connections between apparently unrelated pictures, tunes, mathematical equations, etc.

But then I write as a poor fool, now entering my 67th year, whose ability to retain a fact or thought for more than three seconds at a time has all but completely disintegrated.

Take yesterday morning, when I hobbled down to the kitchen in my dressing gown, settled myself at the table and picked up my newspaper . . . only to realise that I’d left my reading glasses in the bedroom. As I set off to fetch them, I told myself that I might as well turn off the central heating while I was upstairs. It was a mild morning, after all — and I calculated that by doing so, I could earn a few brownie points from Mrs U, who believes strongly in saving the pennies and the planet.

So up the stairs I trudged, switched off the heating and returned to the kitchen, where I settled myself at the table and opened my newspaper . . . Only to discover — damn, damn, damn! — that I’d forgotten to fetch my wretched specs!

Yet there sit the contestants on Only Connect, apparently remembering absolutely everything that has ever entered their phenomenal brains, whether the greatest hits of Madonna, the real names of El Greco and Tintoretto or the sequence of stations on London Underground’s Northern Line.

If I call them brainboxes or supergeeks, I mean it as high praise, tinged with more than a dollop of envy.

By what stretch of anyone’s imagination could this be described as a hate crime, punishable by a fine and the threat of imprisonment?

Would the producers of the BBC’s Eggheads also face prosecution over their choice of name for the programme?

Of course, many will argue that I’m tilting at windmills, since there’s not a chance this hare-brained idea will ever find its way on to the Statute Book. But Dr Falck is ready with her own answer.

‘The N-word was common parlance in the UK until at least the 1960s,’ she says, adding: ‘Other insulting slurs about age, disability, religion and gender identity remained in widespread use until relatively recently. Society turned a blind eye to their impact by passing them off as harmless banter. It is only with the benefit of hindsight and academic research that we realise how wrong we were.’

I pray that she’s wrong, and that those who rule over us will never be idiotic enough to add mild playground taunts to the ever-lengthening list of words we’re not allowed to say. But in a week when an industrial tribunal has ruled that it’s OK to sack people for suggesting there are only two sexes, male and female, how can we be sure?

At the terrifying rate we’re going, there may come a time when we’re banned from saying anything at all without risking an appearance in the dock. Still, I reckon we’ll be safe for a while, under a Prime Minister whose own choice of language, let’s face it, has occasionally been less than politically correct.

As I wish all my readers a very happy Christmas, let me end with a piece of advice to clever children who dislike being described by the words Dr Falck condemns.

Boris Johnson himself is a bit of a geek who can recite huge swathes of Homer’s Iliad from memory, in the original Ancient Greek. So why not take a leaf out of his book — and cover it up by pretending to be a buffoon?