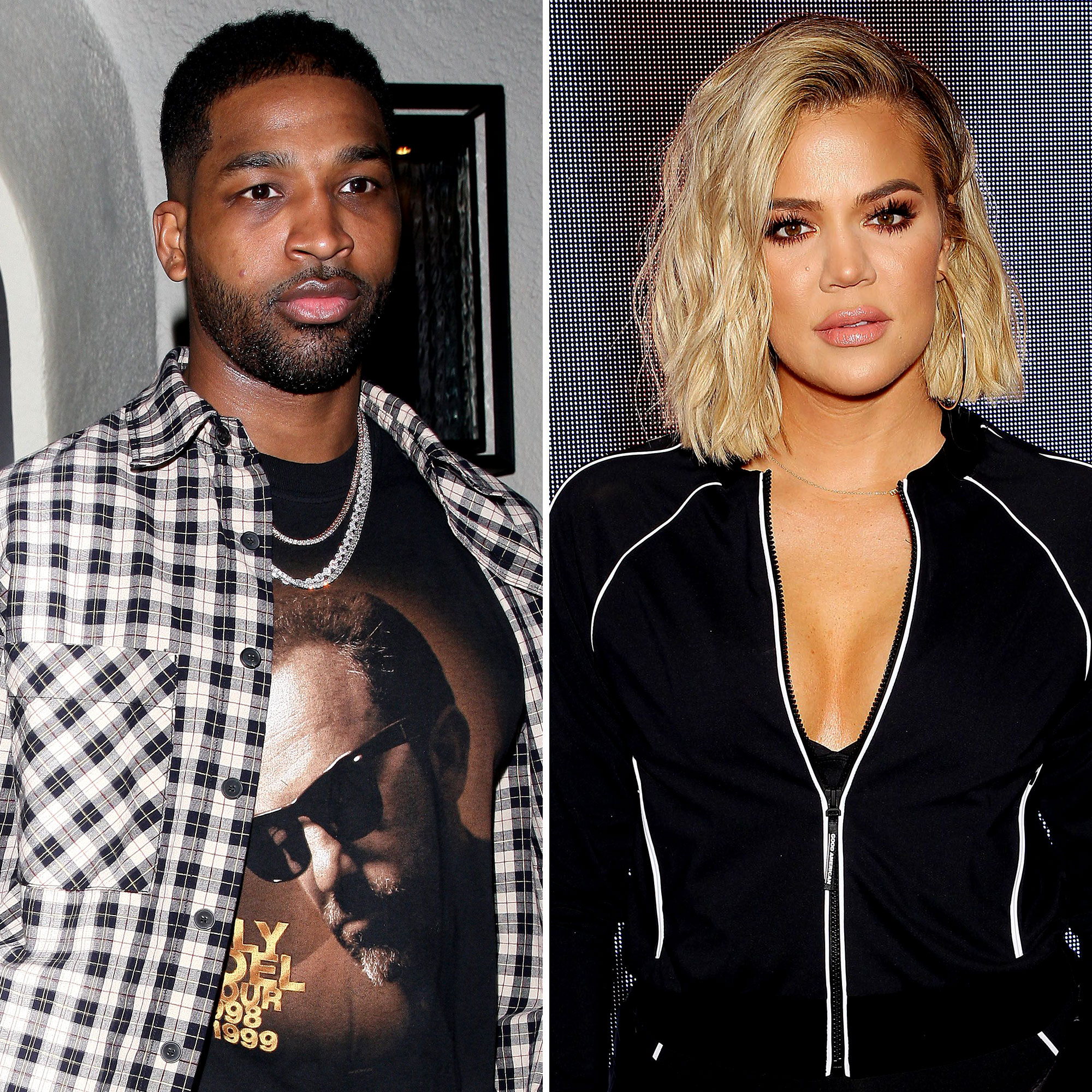 During a new episode of Hulu’s The Kardashians, which premiered on Thursday, May 19, Khloé, 37, reflected on how her sisters have maintained bonds with their ex-partners.

“We have a very loyal strong bond in our family. We are great coparents, and we are great at blending families. We have learned that from my mom and my dad,” she told Tristan, 31, during a joint workout session. “Like Scott [Disick] is never leaving and Kanye [West] is never leaving. Looks like you are never leaving. We are all here forever.”

The athlete jokingly responded, “More like you are never leaving me.” Khloé pointed out that it is “a beautiful thing” to maintain their connection, adding, “We are family whether you like it or not.”

On Thursday’s episode, Tristan got honest about defending his relationship with Khloé after a fan attempted to heckle him during a game. “It was directed at you,” he told his then-girlfriend, noting that it was about Khloé’s dating history. “‘She talks to different basketball players and you’re just the next one.’ I was like, ‘Listen here man, enjoy the game with your girl because you are coming here to see me. You are not going to keep talking about my family like that.’ Got his ass out of there.”

The Good American cofounder, for her part, was confused about the insults, asking, “He called me a whore and said I date basketball players. I have had six boyfriends and three of them have been in the NBA. Thank you. How is that my problem?”

As the twosome enjoyed their morning workout, Khloé gushed about their evolving relationship over the years. “Tristan is very protective of his family. He doesn’t like people talking about any one of us,” she told the cameras. “It is really cute and how I think everyone should be. You just are supposed to protect your family.”

Tristan Thompson’s Drama Through the Years: A Timeline

Fans have previously witnessed ups and downs between Khloé and Tristan unfold on Keeping Up With the Kardashians. The reality series followed the former couple after they started dating in late 2016 and when they welcomed their daughter, True, less than two years later.

Days before Khloé gave birth, the Canada native was accused of cheating with multiple women. The pair stayed together at the time. They later called it quits after Tristan kissed Kylie Jenner‘s former best friend Jordyn Woods in 2019.

Tristan and Khloé gave their relationship another try in August 2020 after spending time together amid the ongoing coronavirus pandemic. Us Weekly confirmed that the on and off duo pulled the plug on their romance less than one year later, but they quietly got back together during fall 2021. While filming the first season of The Kardashians, news broke that the NBA player was being sued for child support by Maralee Nichols. In Tristan’s court response, he acknowledged that he hooked up with the fitness model, 31, in March 2021 — while he was still dating Khloé.

After requesting a DNA test to confirm the paternity, the professional basketball player publicly acknowledged his now 5-month-old son, Theo, with Maralee. He also shares a 5-year-old son with ex Jordan Craig.

Following the drama, the Kardashians executive producer Danielle King opened up about filming such emotional exchanges on screen.

“Well for that particular moment, my crew was there. We were there to film something else early in the morning and the morning that news broke, we legitimately just happened to be there. We have that moment on camera,” she exclusively told Us earlier this month about Kim Kardashian calling Khloé with the news. “And I know sometimes it’s tough for the audience to kind of grasp like ‘Oh, did they go back and did they capture this?’ But there were so many moments that we genuinely captured just because we’re almost always there. There’s almost always a camera going.”

New episodes of The Kardashians air on Hulu Thursdays.