The British icon, who turned 70 in September, said she came across some ‘awful’ snappers in the early years of her career – one of which made her weep after he told her to cut her fringe short.

Dame Lesley Lawson, more commonly known as Twiggy, admitted she was ‘very insecure and timid’ as a young model – but was never ‘hit on’ because her father insisted on her boyfriend attending her photoshoots.

Speaking about #MeToo, she said she counts herself lucky that carpenter Norman made sure Justin de Villeneuve, who later became her manager, accompanied her to every job, which she believes protected her from falling victim to predatory men in the business. 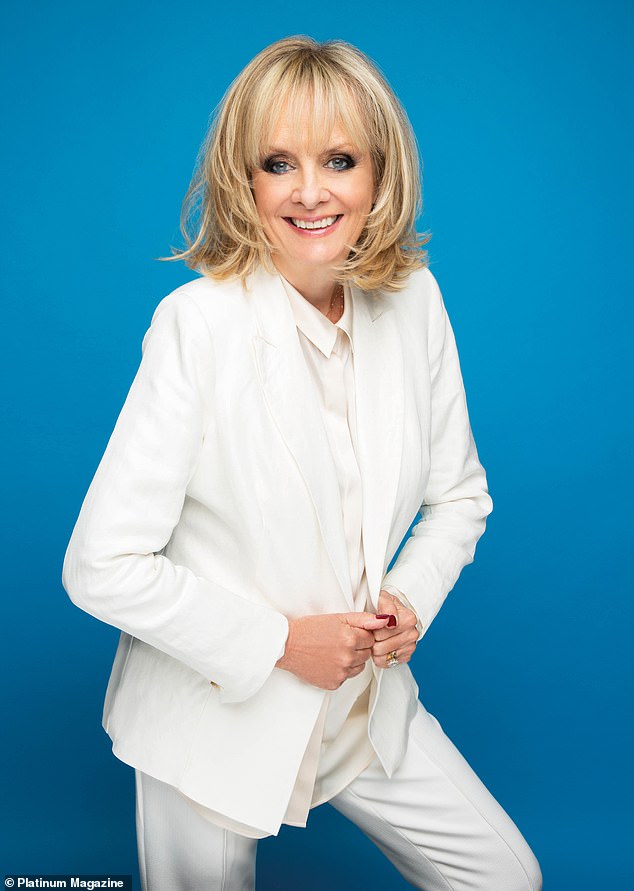 She told Platinum magazine, of which she is the January cover star: ‘Now all this has come out about all these men that have done awful things, it never really happened to me because I always had this person with me.

‘I was never hit on at all. I was lucky because I was so innocent and green.’

She added: ‘I met a couple of horrible photographers, including one really famous one, very early on.

‘He told me, “You’re far too young, come back to me when you’re a woman,” and I went outside and cried my eyes out. He was awful.’

Twiggy and Justin de Villeneuve met as teenagers and became a couple. When her career as a model took off, he became her manager and helped her climb to fame, before she cut ties with him in 1973.

The British icon, who turned 70 in September, said she did come across some ‘horrible’ photographers when she was younger (pictured left in 1965 and right in 1966) – one of which made her weep after he told her she was ‘too young’ and should come back when she was a woman 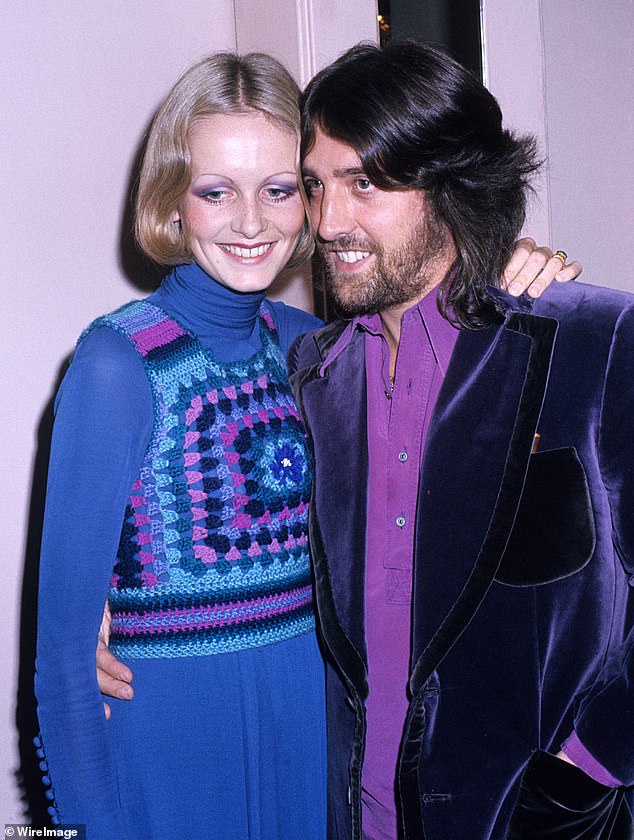 Speaking about #MeToo, Twiggy said her carpenter father Norman’s insistence that her boyfriend at the time – Justin de Villeneuve (pictured together), who later became her manager – accompanied her to every job protected her from falling victim to predatory men in the business

Twiggy went on to marry American actor Michael Witney in 1977 and welcomed their daughter Carly in 1978.

They remained married until his sudden death in 1983 from a heart attack. She met her current husband Leigh Lawson in 1984 and married him in 1988 in New York after working together on the film Madame Sousatzka.

Leigh adopted Twiggy’s daughter, who took his surname, and the couple now live in London with a home in Southwold, Suffolk.

The model revealed she never makes New Year’s Resolutions, admitting: ‘Maybe I should try to be nicer to people.’ 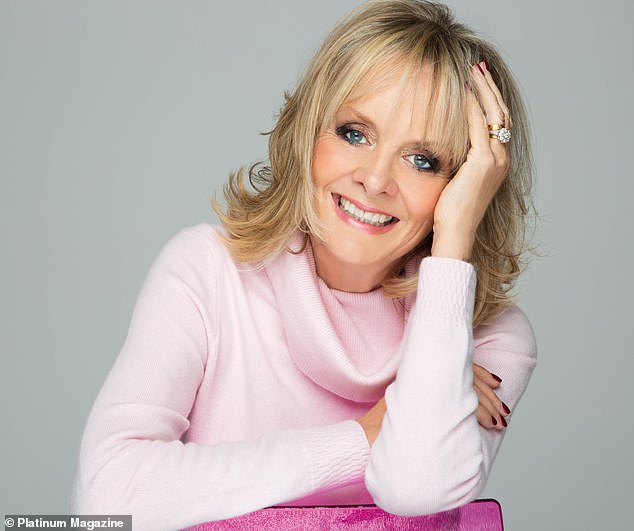 She went on to reveal she’s ‘a bit bossy’ but ‘not pushy’, adding: ‘I wish I was more pushy, actually.

‘When I was younger, I was very insecure and timid and I wouldn’t say boo to a goose.

‘Actually, I walked out on a big shoot for a glossy American magazine because they wanted to chop my hair off up here [top of her forehead].

‘Not even a fringe, they wanted a tuft! I said, “Why?” And they said, “Because it’ll look great for the shot.” I said, “No, absolutely not.” The photographer said, “How dare you, I want it cut” and I burst into tears and left.’ 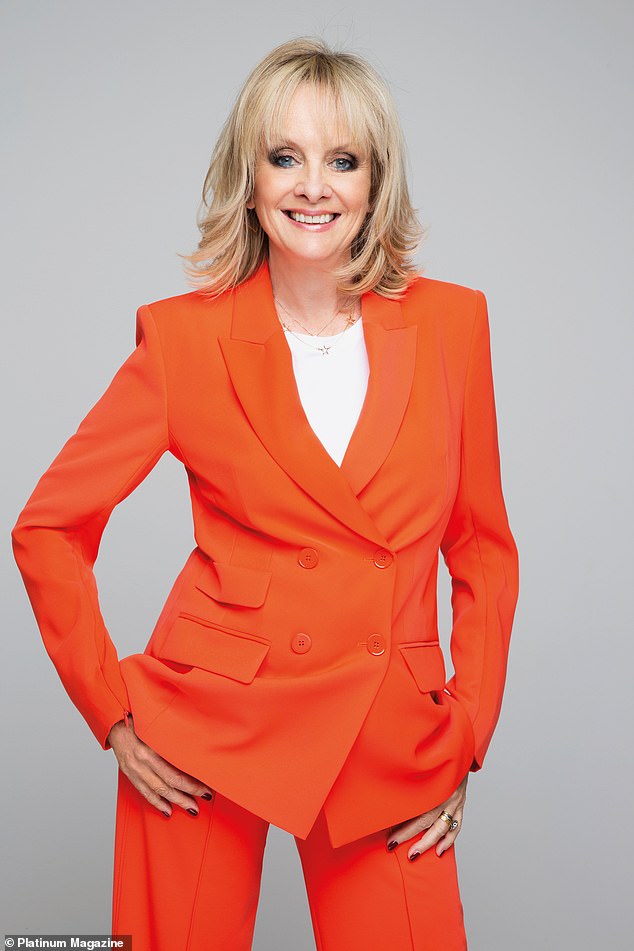 Despite being renowned for her incredible slender figure and swinging sixties fashion, Twiggy claimed she wouldn’t go out in a mini skirt now as she thinks she’s ‘far too old’

Despite putting her foot down, Twiggy said she was able to pick and choose what she wanted to do work-wise because she became so well-known at a young age.

She admitted she was ‘very lucky’ – and as ‘shocked as everyone else’ as she didn’t ask for it to happen.

After modelling, Twiggy enjoyed a successful career as a screen, stage, and television actress, winning two Golden Globe Awards for her role in The Boy Friend in 1971. 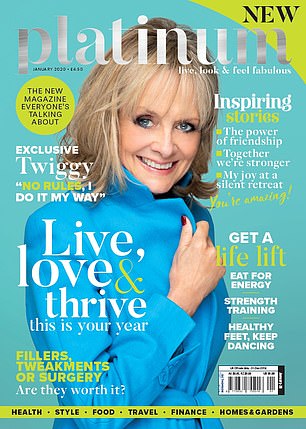 In 1983, the starlet made her Broadway debut in the musical My One and Only, for which she earned a Tony nomination for Best Actress in a Musical.

Despite being renowned for her incredible slender figure and swinging sixties fashion, Twiggy claimed she wouldn’t go out in a mini skirt now as she thinks she’s ‘far too old’.

She rarely wears dresses, preferring skinny jeans, and is more comfortable in trainers, revealing she ‘can’t walk in high heels’.

‘I think you should wear what you feel is appropriate for you,’ she told the magazine.

‘When I think [I’m] 70, I think, “Oh, that sounds ancient!” But I feel exactly the same as I felt in my twenties. I just feel grateful that I’m healthy, touch wood.’