The chateau must go! Tycoon is ordered to demolish £48million French palace he built illegally in ‘final’ ruling following 15-year battle with his British millionaire neighbours – but he’s not ready to give up

A £48million mansion nestled in the hills above the French Riviera must be demolished after a court ruling brought a 15-year legal standoff to an end.

Property tycoon Patrick Diter built a 32,000 sq ft Italianate palace, dubbed ‘Chateau Diter’, on the site of what was once a modest 2,000 sq ft farmhouse without first obtaining planning permission.

The building work started in 2005 and in 2009 a group of disgruntled neighbours, led by British millionaires Stephen and Caroline Butt, took Mr Diter to court, deciding the ‘building frenzy had to stop’.

In 2015 an appeal court in Aix-en-Provence ruled that the chateau must be demolished. Only the small original house was spared.

Now, in the latest installment of the property saga, la Cour de Cassation, France’s highest judicial court, has upheld the previous ruling that the chateau must be demolished and the countryside restored to its original state. 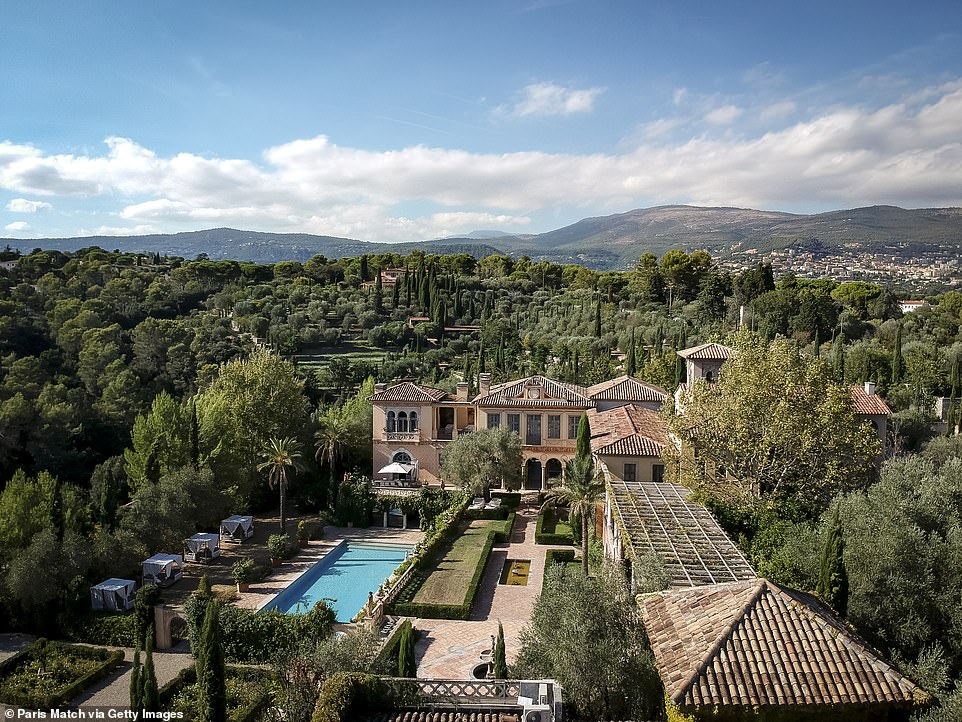 Palace: Patrick Diter built a 32,000 sq ft Italianate palace (pictured) dubbed ‘Chateau Diter’, on the site of what was once a modest 2,000 sq ft farmhouse without first obtaining planning permission. In the latest installment of the property saga, la Cour de Cassation, France’s highest judicial court, has upheld the previous ruling that the chateau must be demolished 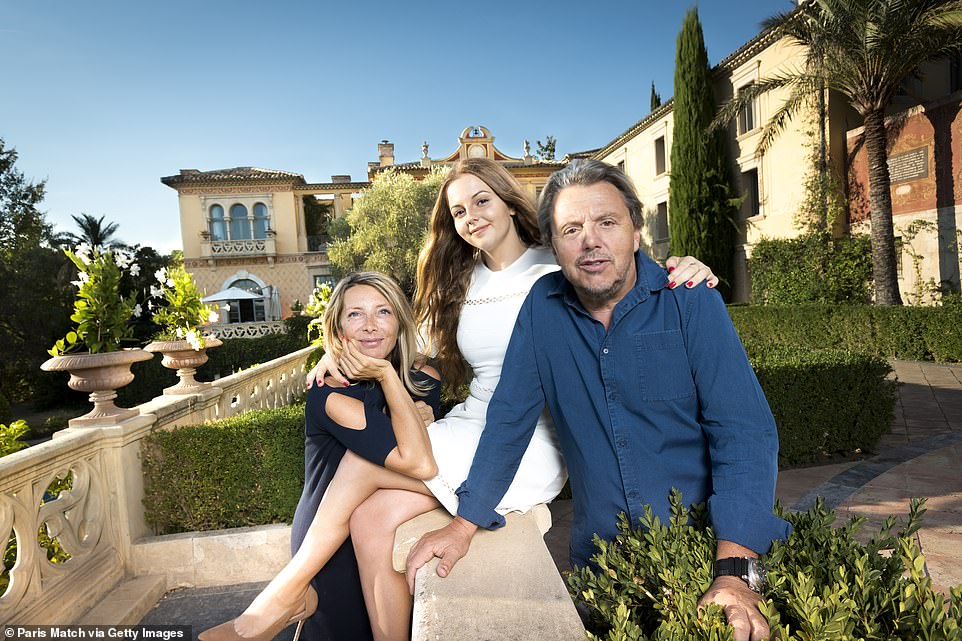 Determined: However, Mr Diter has still not given up hope of keeping his castle and has even hinted he might take his case to the European Court of Human Rights. Pictured, Patrick Diter with his wife and her daughter at the chateau

However, Mr Diter has still not given up hope of keeping his castle and has even hinted he might take his case to the European Court of Human Rights, according to AirMail. 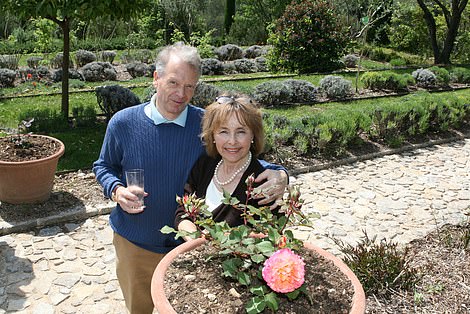 His lawyer Philippe Soussi said: ‘This decision is not the epilogue of this affair. Even the idea of demolishing Château Diter, which is an architectural masterpiece, is unimaginable and foolish. We’re going to fight to avoid this.’

The lawyer for the neighbours has a different view. Virginie Lachaut-Dana insisted ‘la Cour de Cassation’s decision is definitive under French law and cannot be overturned by a European court.’

A local official also dismissed the idea, saying: ‘That’s ridiculous. Nobody has violated Patrick Diter’s human rights. His rights have been taken into account every step of the way during this legal journey.’

The chateau has 18 bedroom suites, two helipads, a swimming pool, a cellar with wine tasting room, a bell tower, a Roman colonnade, hand-painted murals, centuries-old fireplaces and an orangery — to name but a few of its features. It has hosted the X-Factor, millionaire weddings and late night celebrity parties. 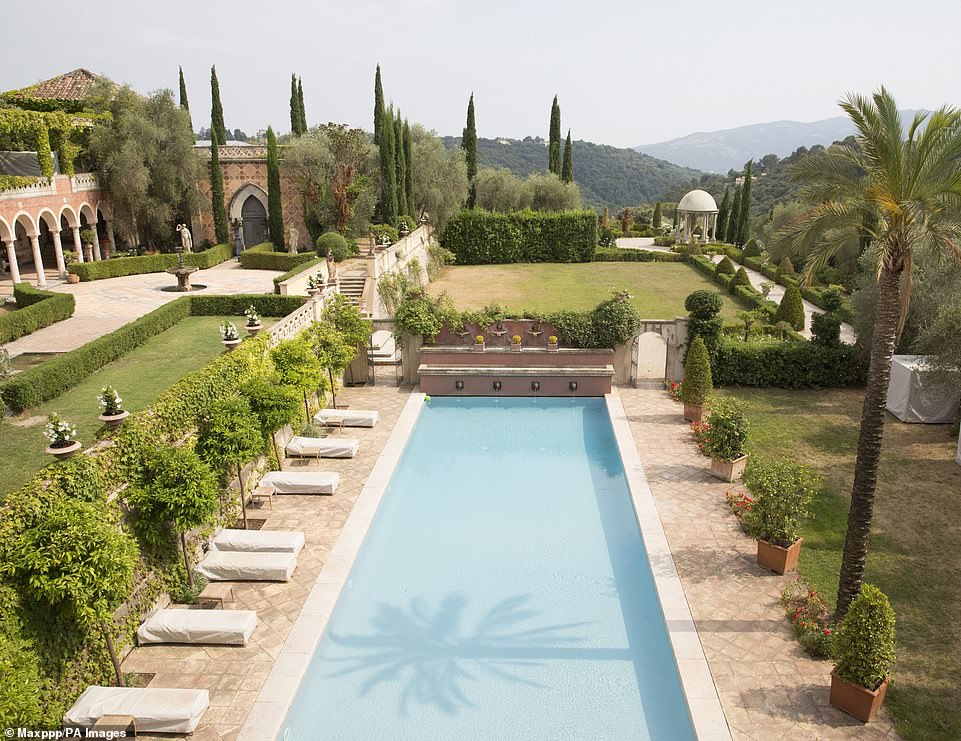 The Tuscan property, which boasts three pools and two helipads needs to be torn down because it was constructed in a protected wooded area 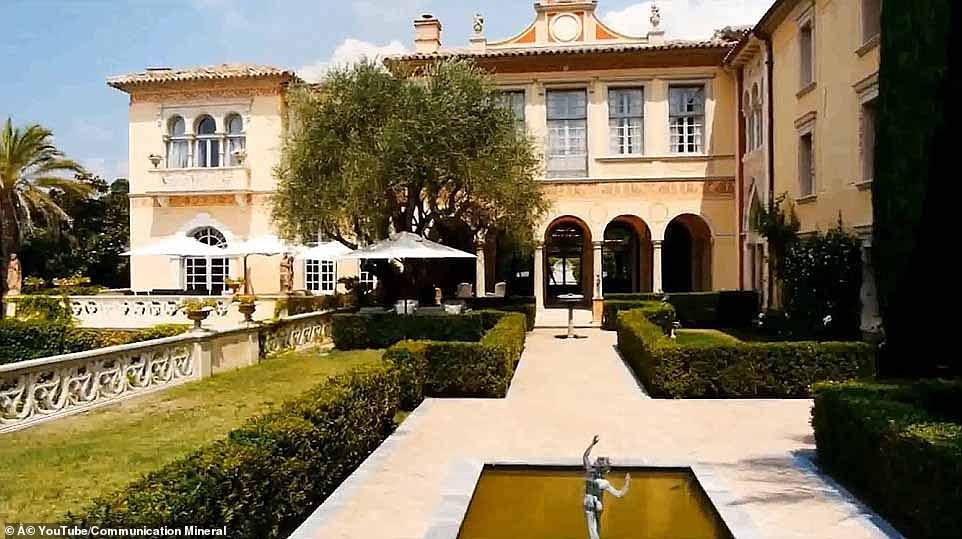 The site used to be home to a 2,700 sq ft farm until it was developed into a renaissance castle with sprawling grounds and enough space to play host to 2,000 revellers 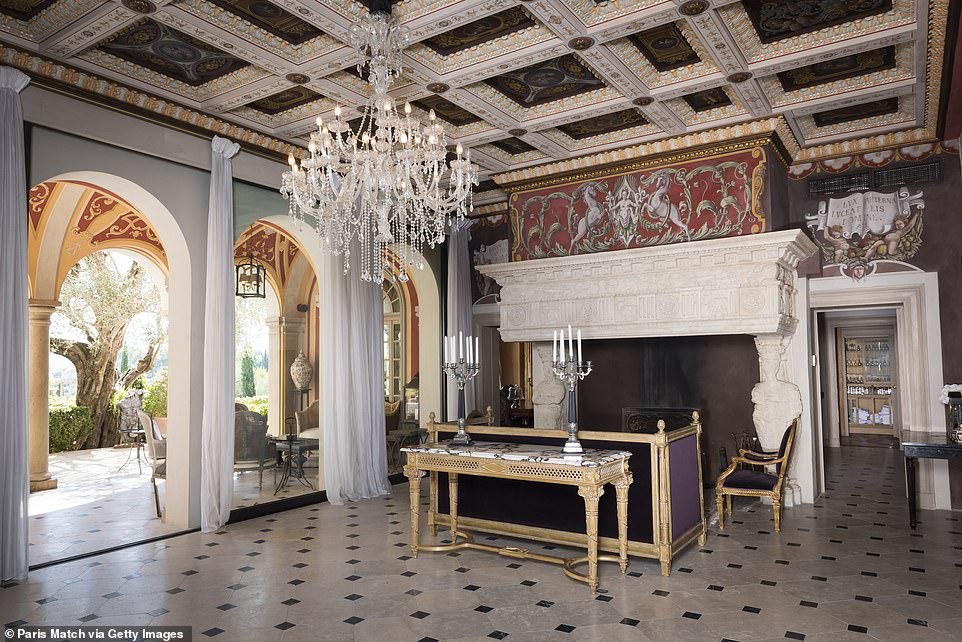 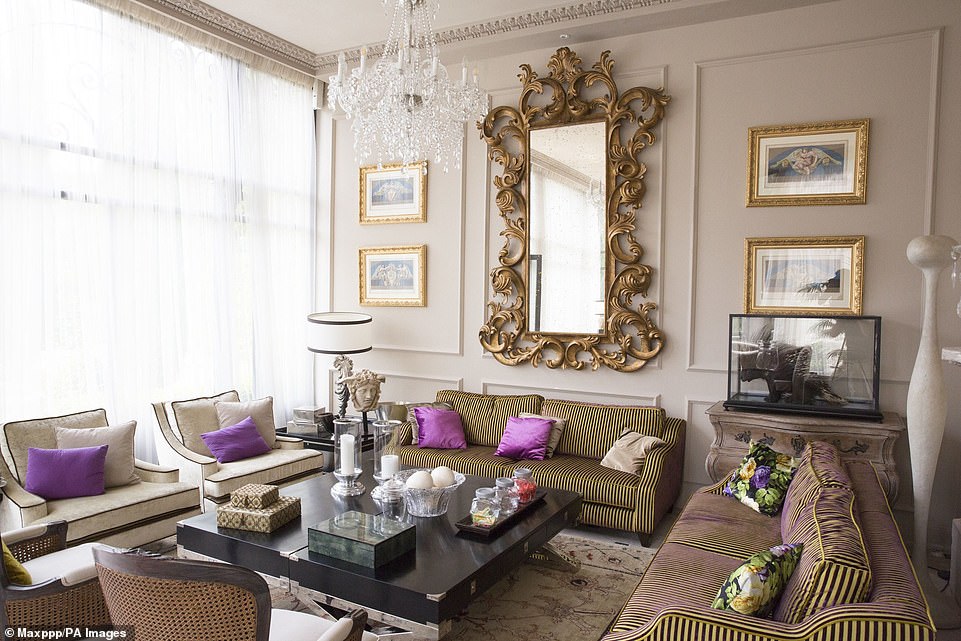 The entire property will need to be demolished within 18 months or Diter will face daily fines. Pictured: One of the lavish mansion’s many grand living rooms

When Simon Cowell landed his helicopter at the property in 2017 after renting it for an episode of The X-Factor, he told staff it was ‘the most beautiful property I have ever seen’.

But the Butts and other neighbours disagreed. Speaking to MailOnline in 2019, Mrs Butt said: ‘Sometimes the music is so loud we cannot sit out on the terrace. You can’t sleep and he has had parties that go on until 5am. It means you cannot enjoy your own home.’

The Butts own the neighbouring 20-acre estate, which includes a six-bedroom house with an astroturf tennis court and gardens designed by the noted landscape architect Russell Page.

Her French retreat was, said Mrs Butt, ‘absolute magic with wonderful views’ until January 2005, ‘when every time we turned up there was another piece of building coming up’. 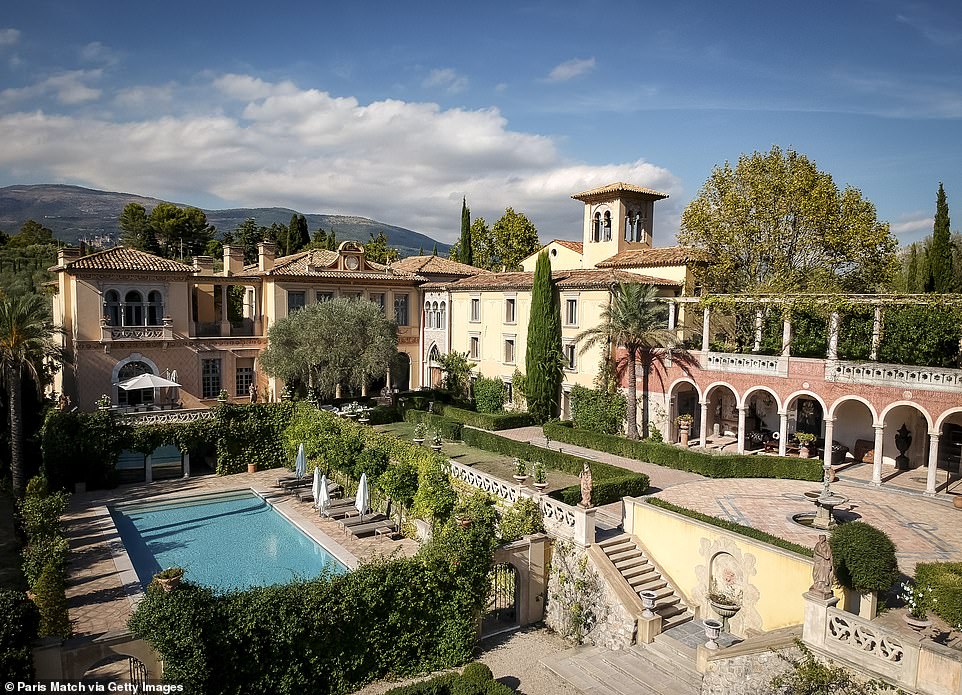 One of the swimming pools at the Chateau Diter with archways, staircases and Renaissance-style statues around the edge

In 2009, with the support of neighbours, the Butts decided that ‘the building frenzy had to stop’.

It marked a deterioration in relations between Mr Diter and the Butts, who were once on good terms.

Mr Diter bought the estate of Saint-Jacques du Couloubrier for 1.5 million euros in 2000. He settled with his family in the farmhouse and in 2001 sold most of the land and the main house to the Butts for three million euros.

Mr Diter has said the development of his house ‘has his heart’. He replanted thousands of trees destroyed by a fire, collected fireplaces, stonework and doors from around Italy, France and Monaco, drove bulldozers, dug the land.

He also filed for a building permit for an extension. Having obtained a verbal agreement from the mayor’s office in 2006, Diter was too impatient to wait for the permit and began work. The permit arrived a few months later 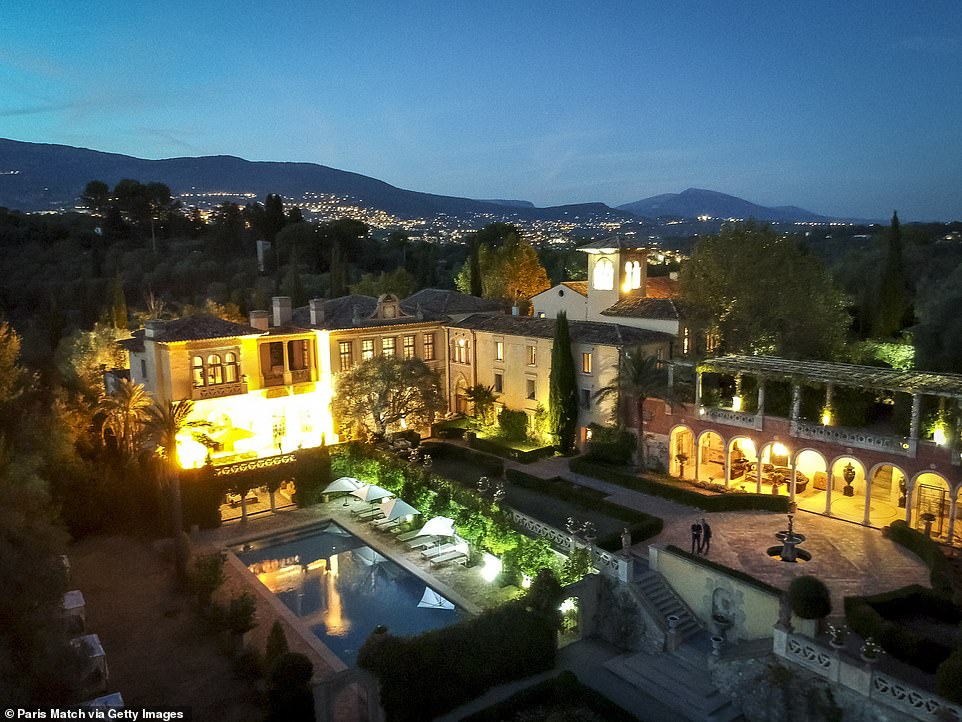 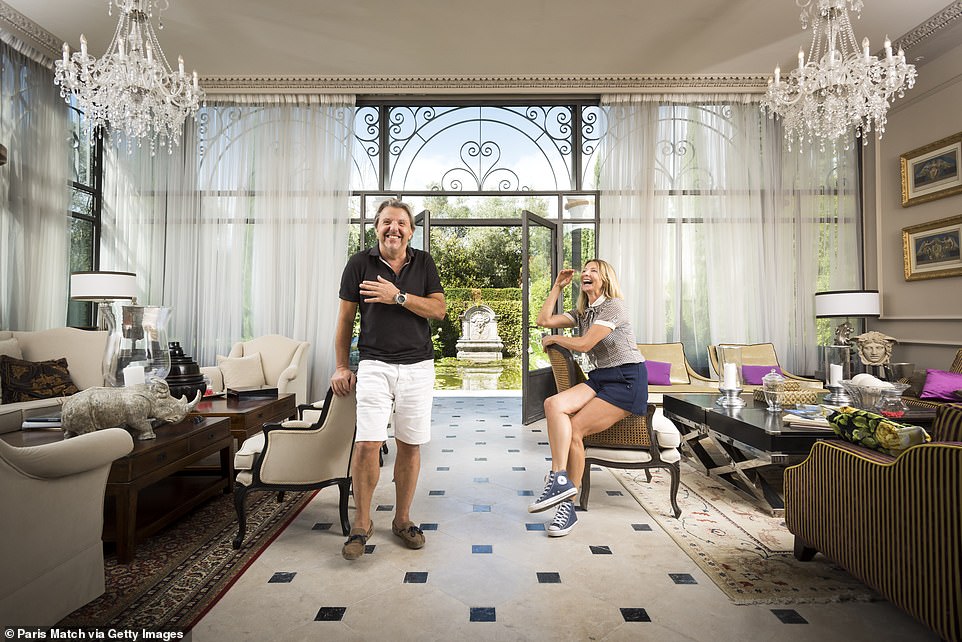 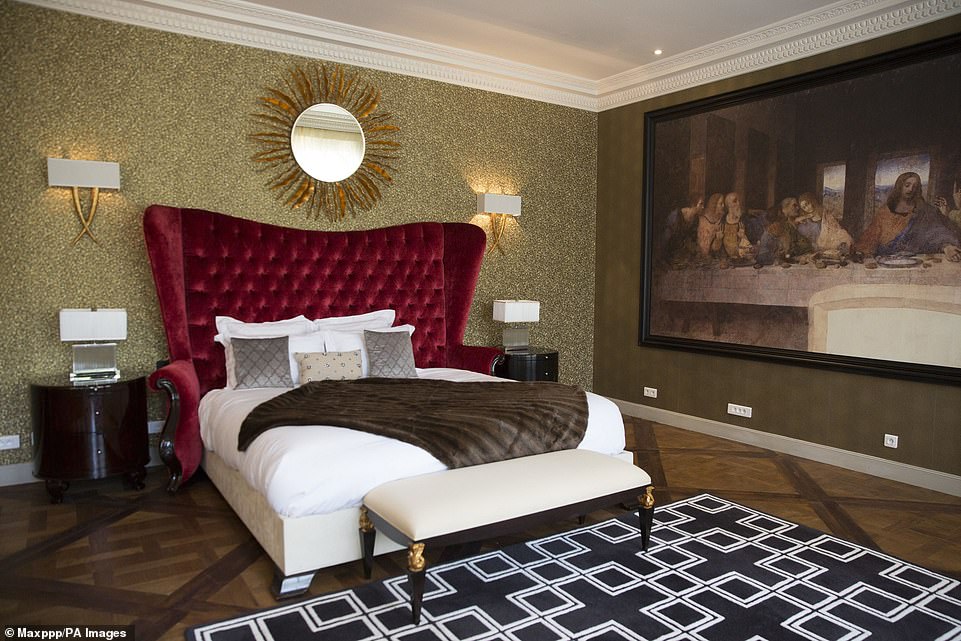 Comfort: As well as reception rooms, the mansion has a range of bedrooms and plush bathrooms for guests to relax in after lavish parties 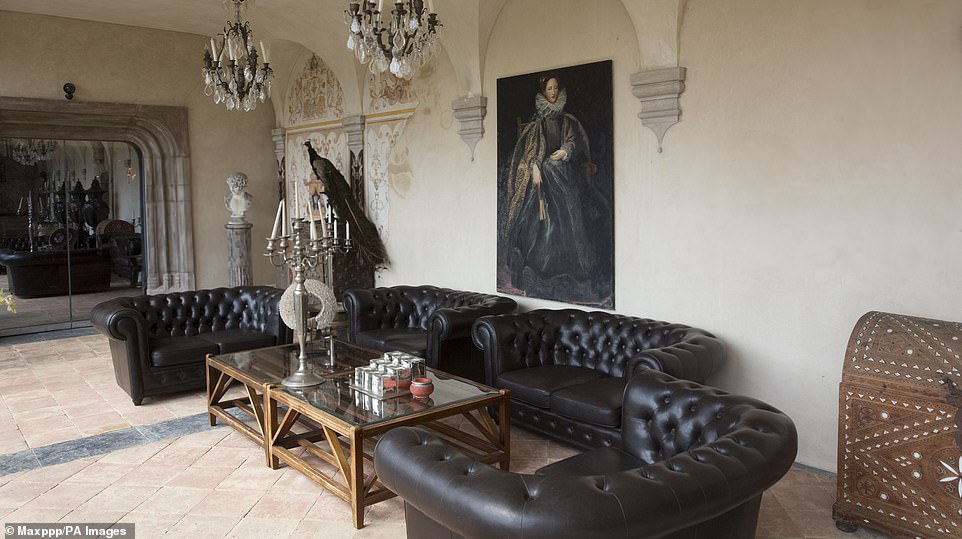 Decadent: Once a humble farmhouse the site was transformed into a beautiful mansion with green gardens by businessman Patrick Diter

Mr Diter had actually constructed 90 per cent of his chateau, having been granted two permits, before Mrs Butt began her legal action in 2009.

Among those said to have hosted weddings at the chateau are Italian rugby player Mirco Bergamasco and tycoon Kimi Grover who wed his son Kunal to Ria Dubash with many stars of the Bollywood film industry in attendance.

It was also hired out by a TV crew to be used in episodes of The Crossing, a crime series starring Donald Sutherland.

However not all local residents dislike the chateau. Perfumier France Dieu, whose family have worked here for three generations, said in 2019 the chateau brought ‘value and sparkle’ to the region.

In addition to its ruling, the Court of Cassation also issued Diter fines totaling $550,000—both to him personally and to his real-estate companies, according to AirMail. 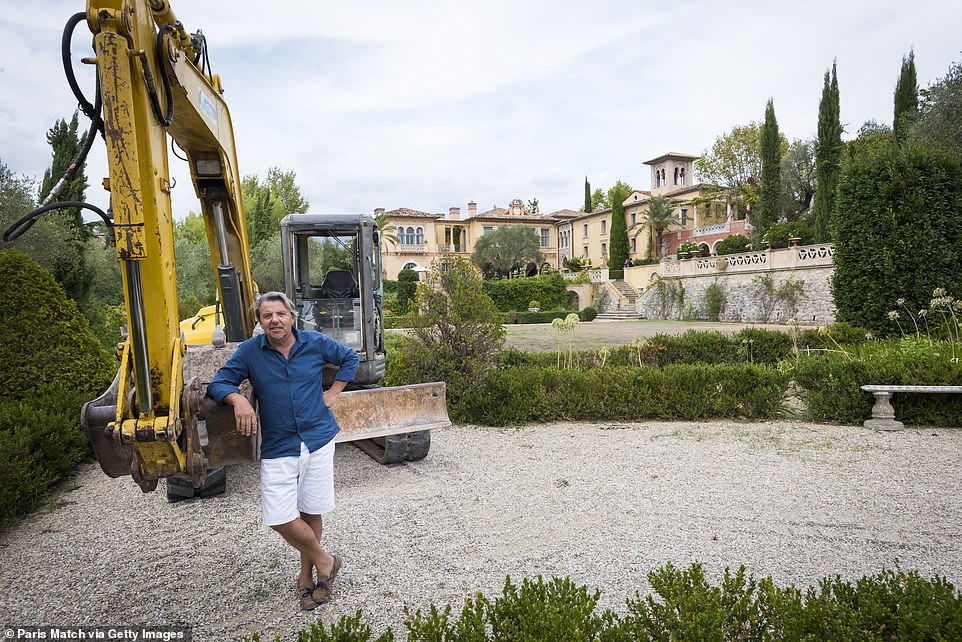 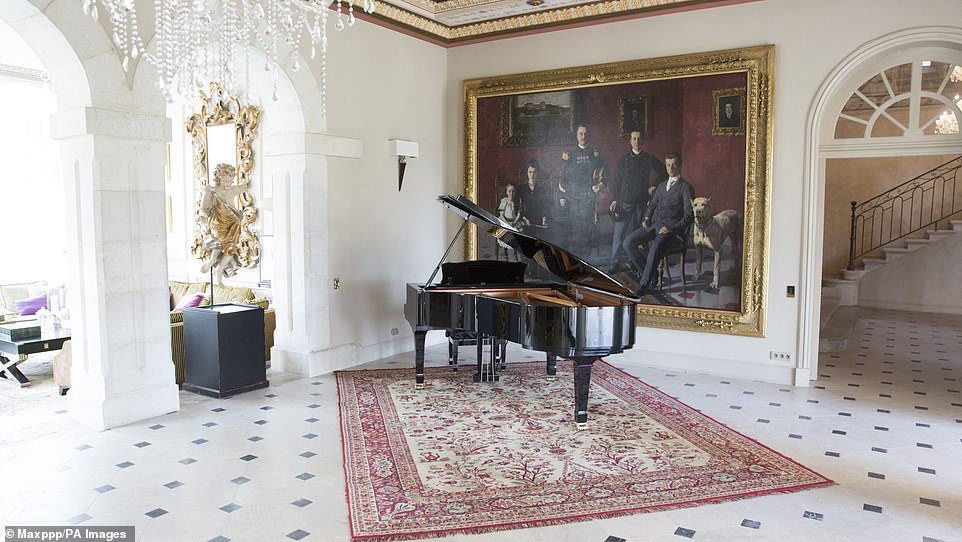 Lavish: The chateau has many antique-filled reception rooms and lounges and can host 2,000 people for a wide range of events RITA Ora pushed the fashion boundaries in Sydney today as she stepped out in an avant-garde ensemble that resembled a...