The British teenager heading for Hollywood stardom: Skateboarding-mad Archie Barnes, 14, has already eclipsed his Emmerdale star mother Helena Calvert by appearing in The Batman and The Dig despite not attending stage school

Robert Pattinson may grab the headlines as the latest incarnation of Gotham City superhero in 2022 film The Batman…but the movie also introduces another stellar British talent tipped for the top – South London teen Archie Barnes.

It’s a fleeting part…but the teenager, who attends an independent school in Croydon rather than a dedicated stage school, has already got an impressive back catalogue behind him – with his breakout role coming last year in The Dig, in which he starred alongside Ralph Fiennes, Carey Mulligan and Lily James in the film based on the real-life 1939 excavations at Sutton Hoo.

In Gotham City, Barnes has managed to spark a raft of conspiracy theories that the youngster is being teed up to play Robin, Batman’s famous sidekick, in future movies – although director Reeves has denied a new Robin has been found. 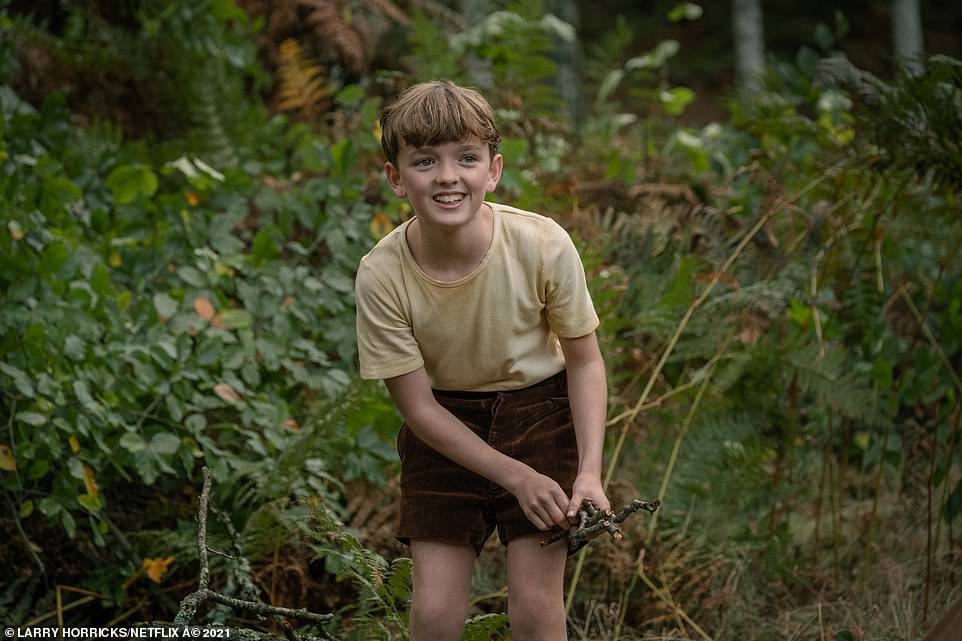 The film that caught The Batman director Matt Reeves’ eye – Archie Barnes, 14, who lives with his parents Olly Barnes and Helena Calvert, and his two siblings in South London, took a starring role in 2021 film The Dig alongside Ralph Fiennes, Carey Mulligan and Lily James 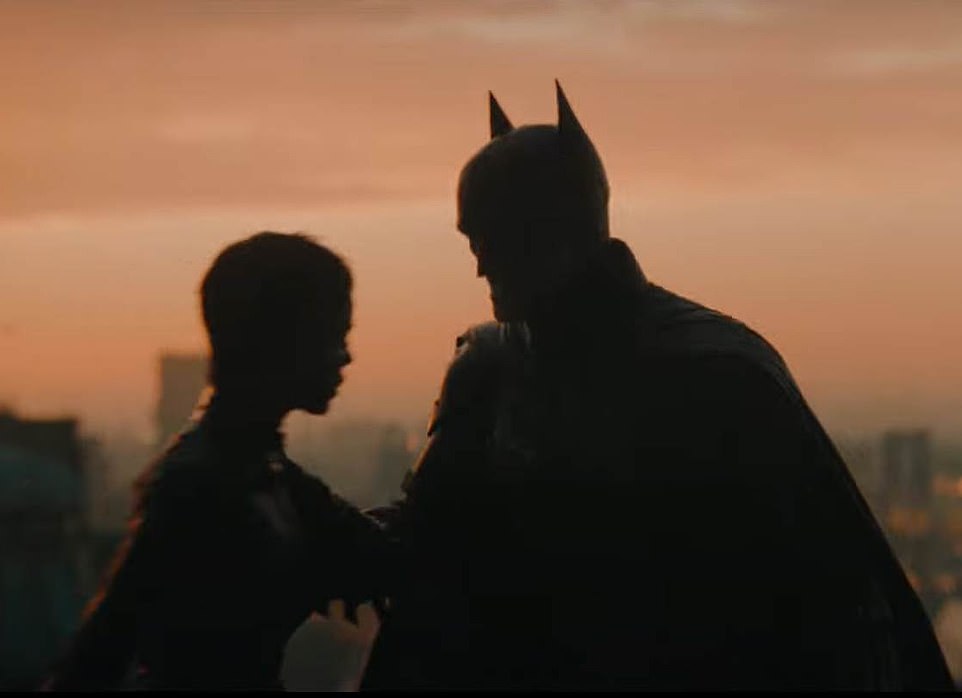 The teenager’s latest movie role sees him taking on the part of the Mayor of Gotham’s son in The Batman, starring  Zoe Kravitz opposite Robert Pattinson in the follow-on from Christopher Nolan’s 2012 trilogy 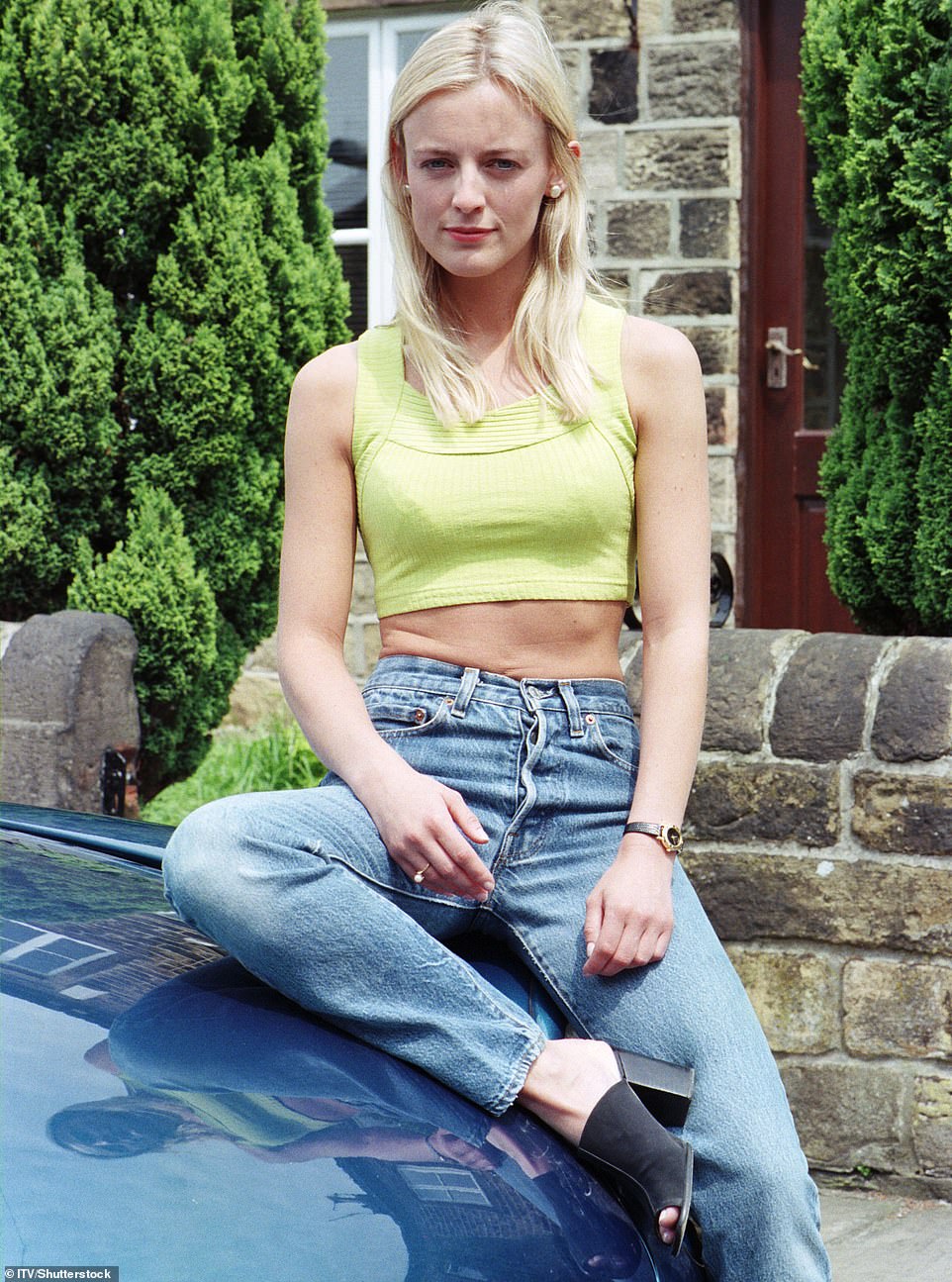 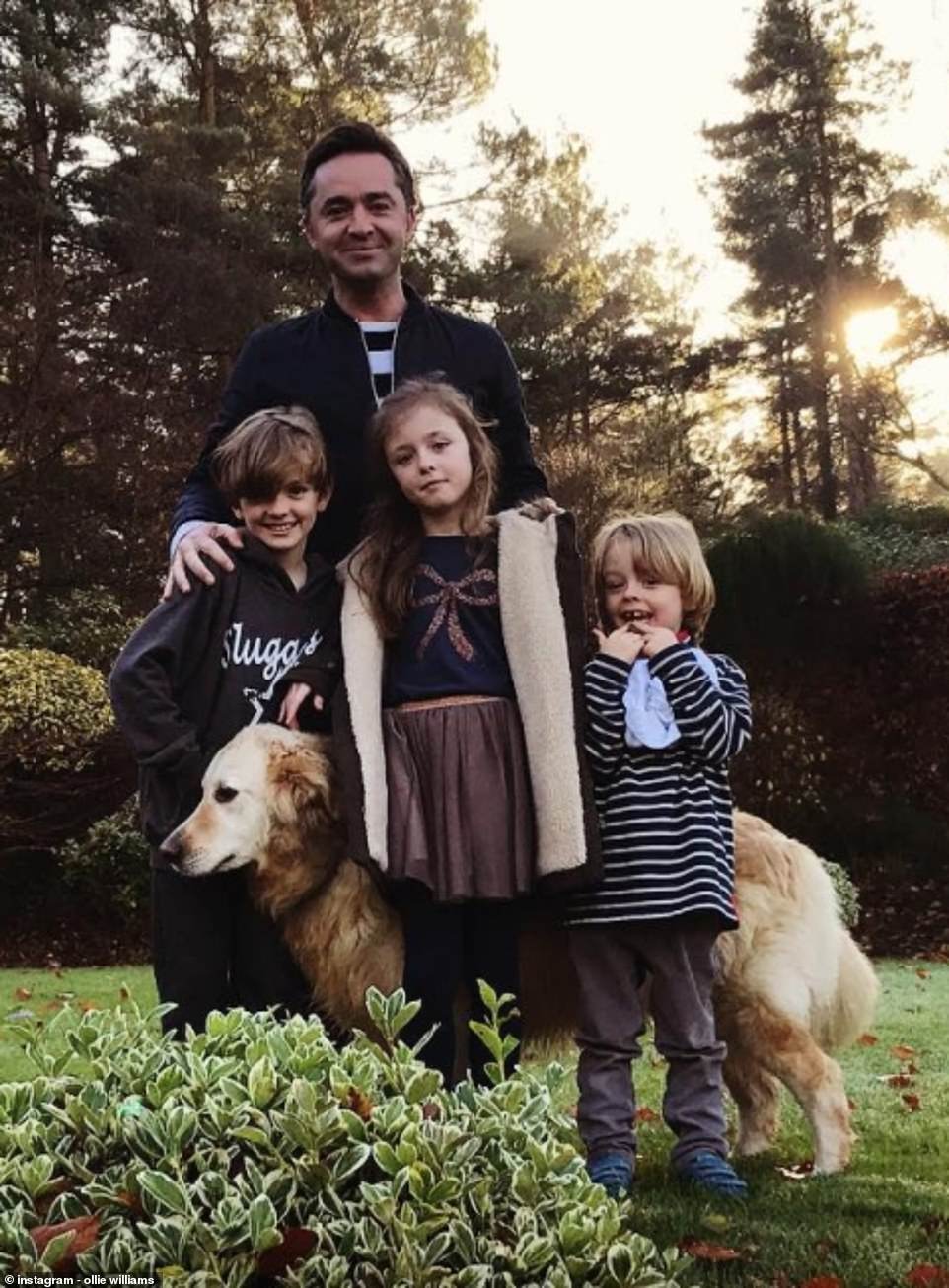 LA-bound? Archie pictured with his father Oliver ‘Olly’ Barnes, who is the founder of Tik Tok style music app Voisey, which encourages collaborations between singers and songwriters 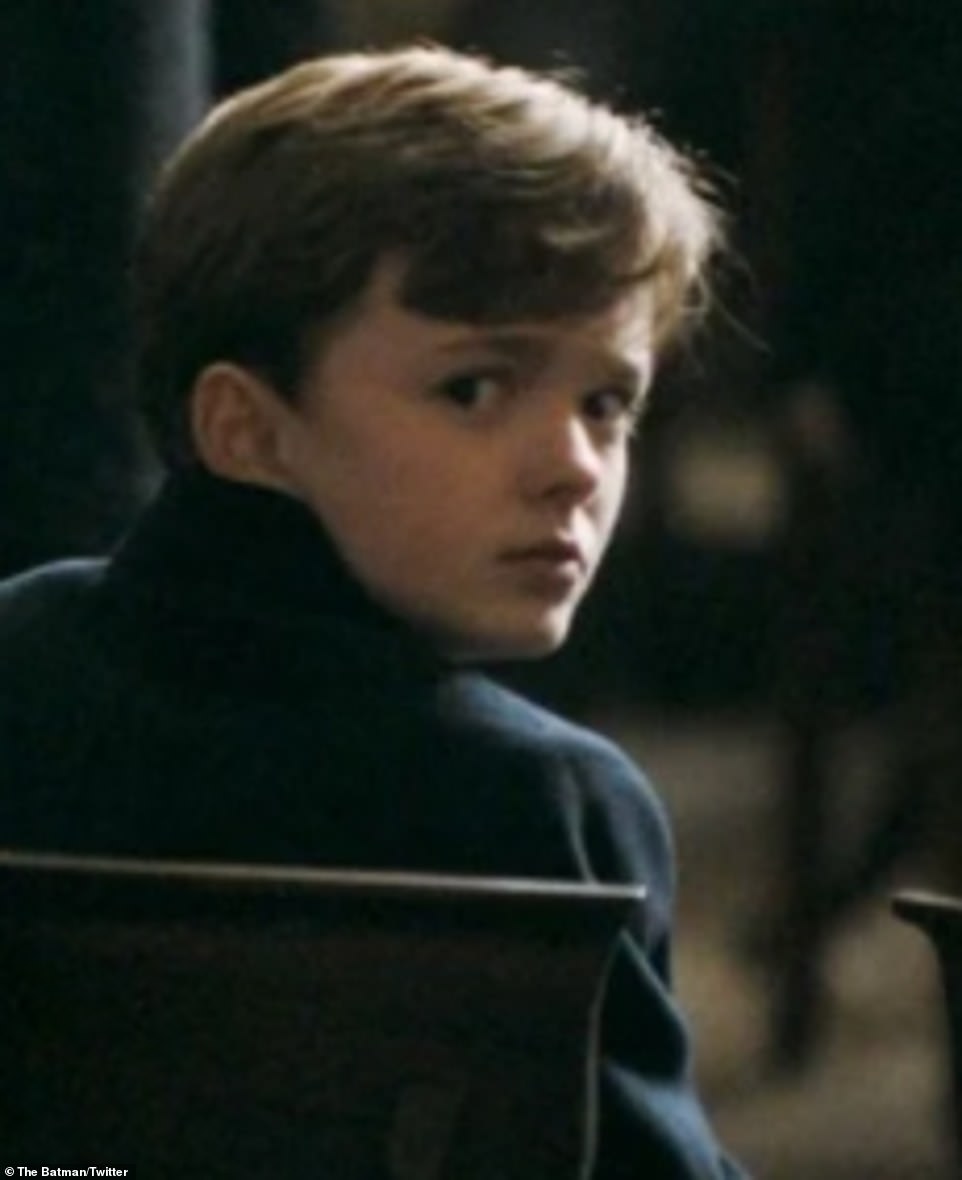 Short but sweet: Archie role in the March 2022 film The Batman is a brief one – but his appearance was enough to spark a raft of conspiracy theories that the youngster is being teed up to play Robin, Batman’s famous sidekick

The Batman, which sees Zoe Kravitz opposite Pattinson as Selina Kyle, or Catwoman, was released in the UK on March 4th and sees Barnes’ name on a cast list that includes Paul Dano as Edward Nashton/Riddler, Andy Serkis as Alfred Pennyworth and Colin Farrell as Penguin.

Skateboarding-mad Barnes, who has a brother and a sister, shot much of his role in the film during the height of lockdown; he would be whisked to Warner Bros Studios in Hertfordshire to shoot his scenes, he told The Telegraph last year.

The teenager, who has been tipped to follow the likes of Eddie Redmayne and Benedict Cumberbatch as a major British export, has already carved out an impression stage career, treading the boards in London’s West End while juggling his studies.

In 2019, he performed with American acting legend Sally Field in All My Sons at The Old Vic in 2019 and before that was seen in a Hammersmith Lyric production of Bugsy Malone. 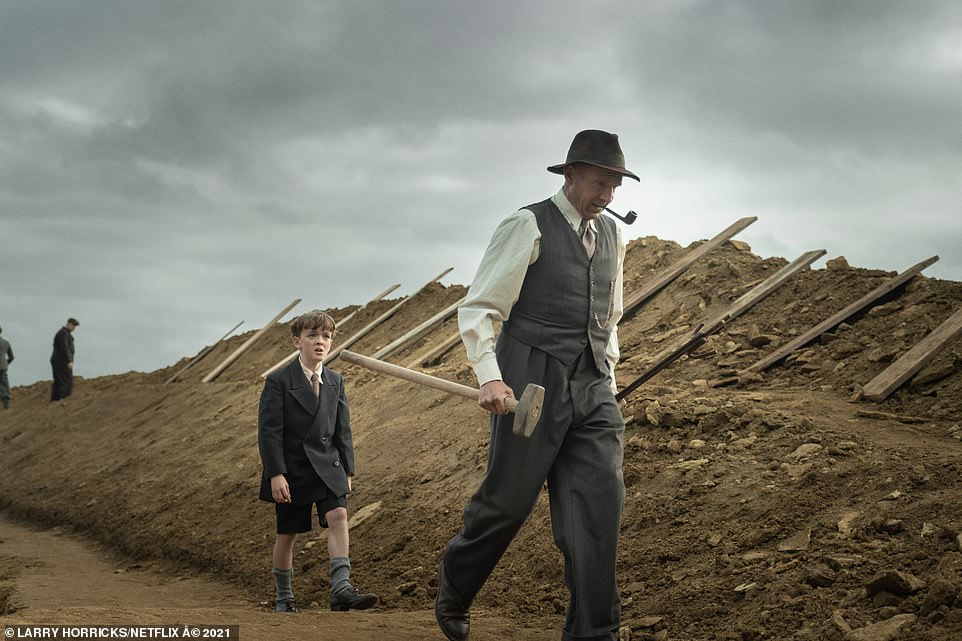 With his co-star in The Dig, Ralph Fiennes, who played Basil Brown and shared some emotional scenes with the youngster. The British actor told him afterwards that he was destined to be a star, saying: ‘Oh Archie, you should definitely be an actor.’ 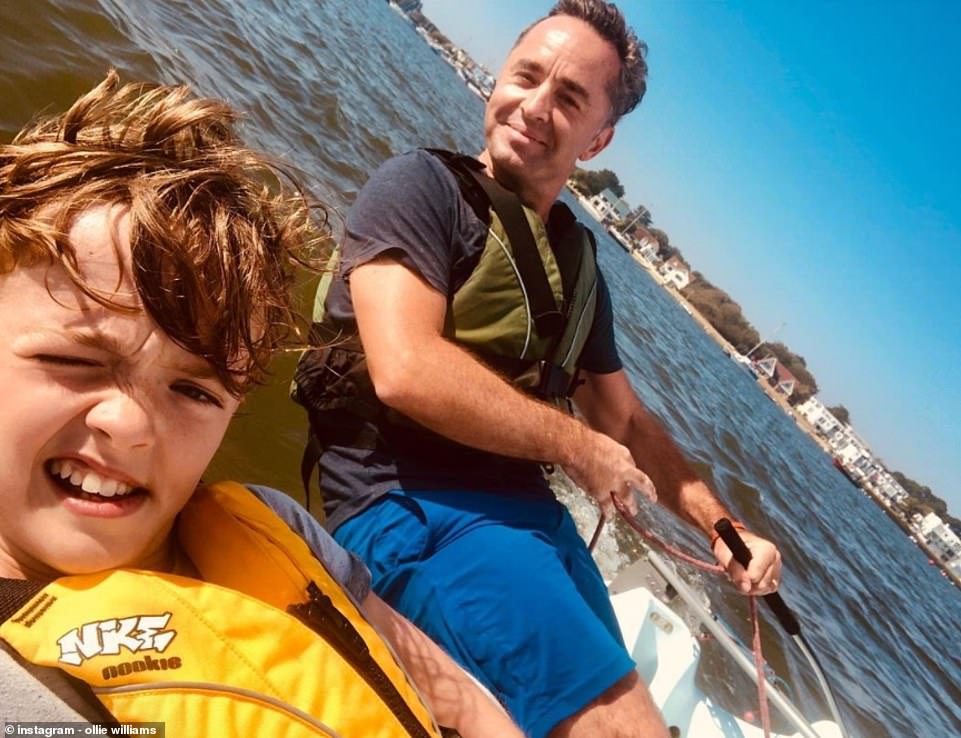 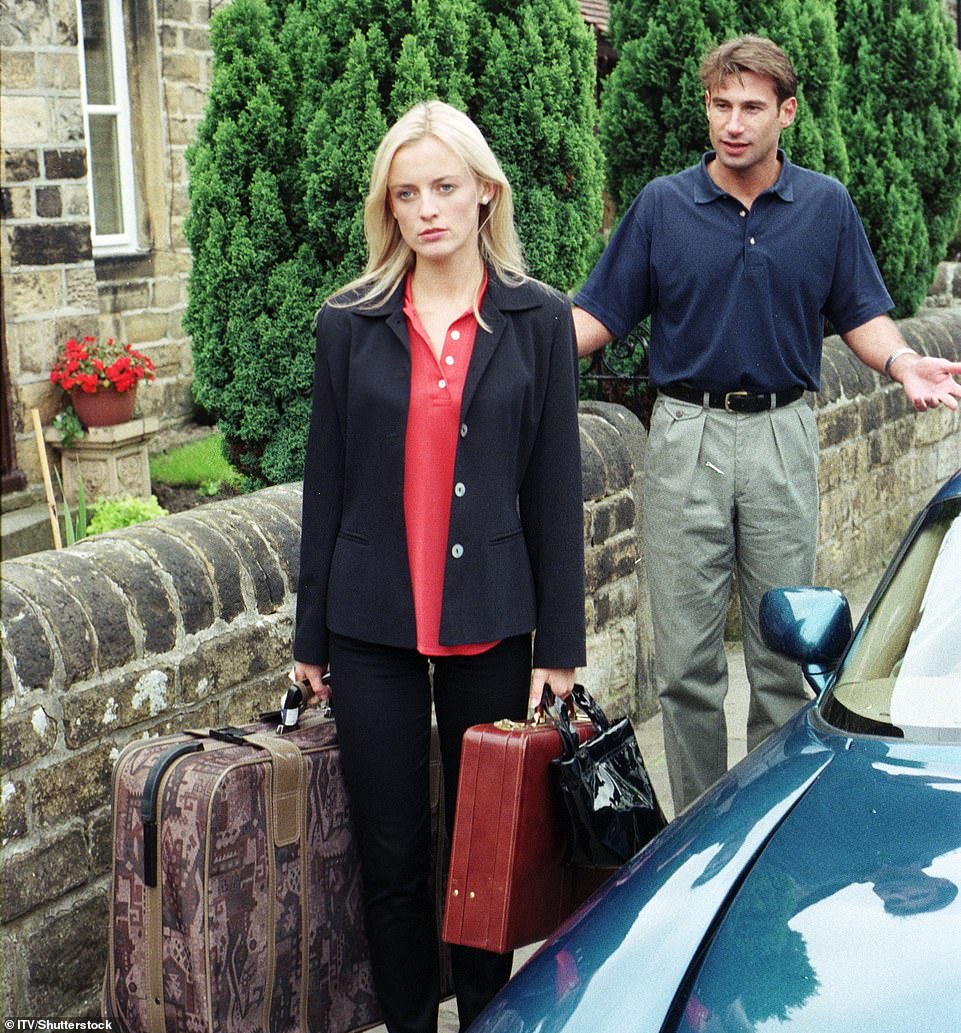 Inspired by his mum’s scenes in The Woolpack? Helena Calvert playing Faye Clarke opposite Paul Opacic on the set of Emmerdale in 1996, played by Steve Marchant 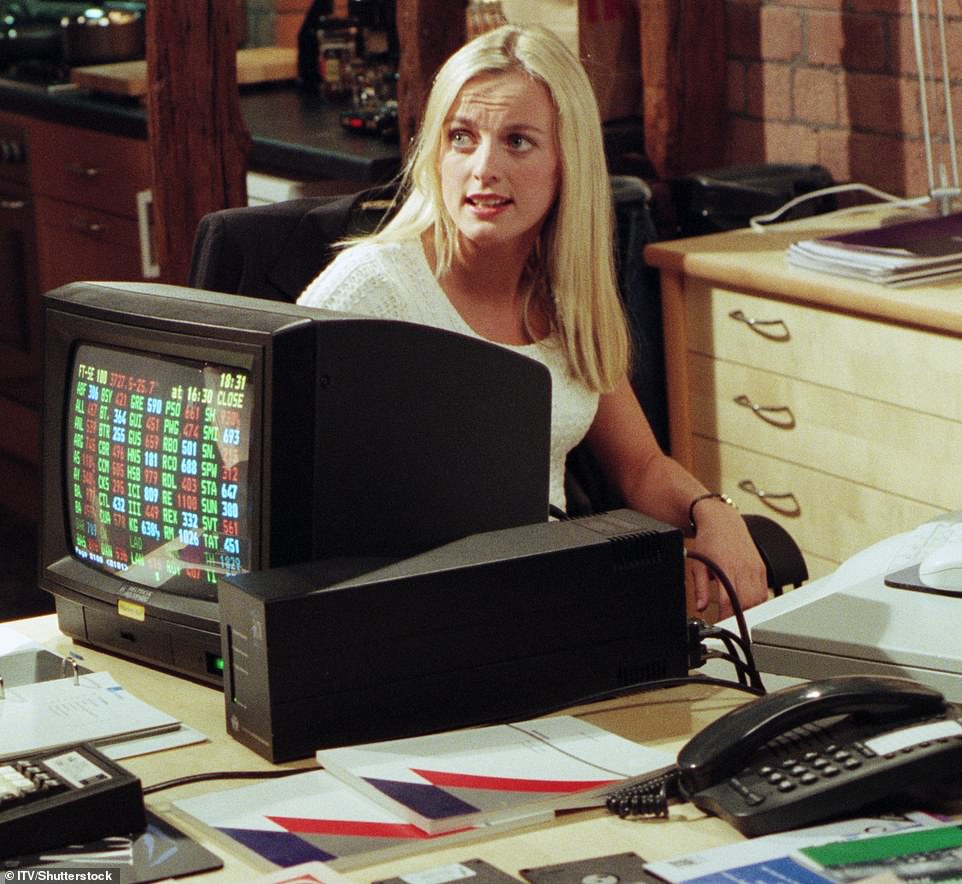 Helping hand: It is Calvert who has helped her son, who was born nine weeks early at Guy’s Hospital in London, get a leg-up in Hollywood, taking him to castings, including the one for The Dig, which has become his film breakthrough role

However, it was The Dig that likely caught the eye of the casting directors behind The Batman, the youngster was widely praised for his ’emotional’ acting.

Speaking with The Telegraph last year, he said he used the death of his late grandfather in 2020 to inspire him to get emotional on set, looking at photos of his granddad before the cameras rolled.

He told the newspaper: ‘He was the best grandad. We were able to give him a lovely funeral the week before lockdown in March.’

His co-star in The Dig, Ralph Fiennes, who played Basil Brown, told Barnes afterwards that he was destined for a career on stage and in the movies, telling the youngster: ‘Oh Archie, you should definitely be an actor.’ 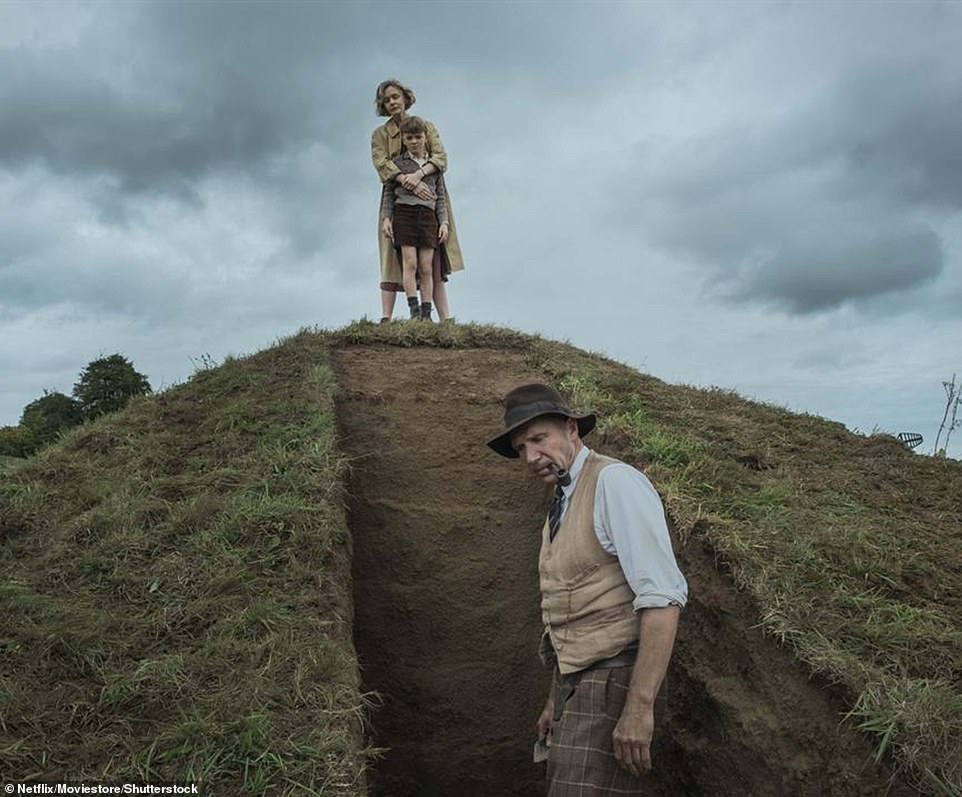 Carey Mulligan played the young actor’s fictional mother in The Dig, which was based on the real-life 1939 excavations at Sutton Hoo 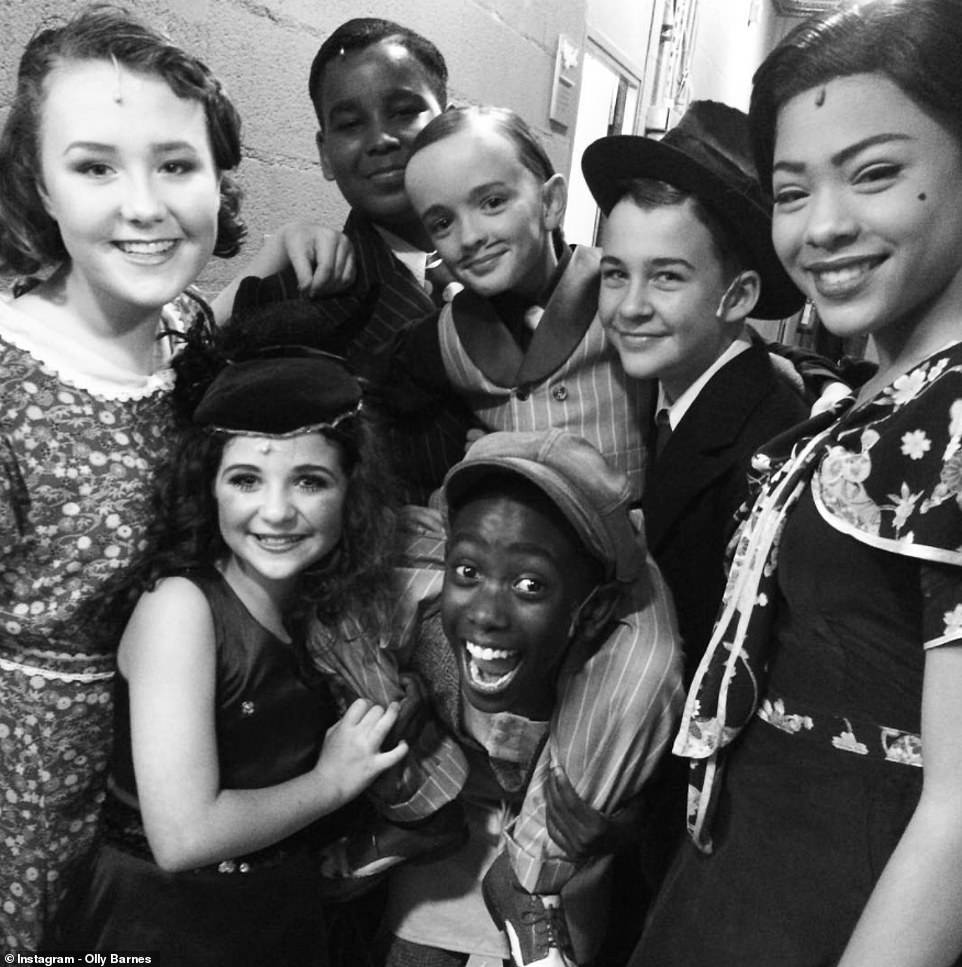 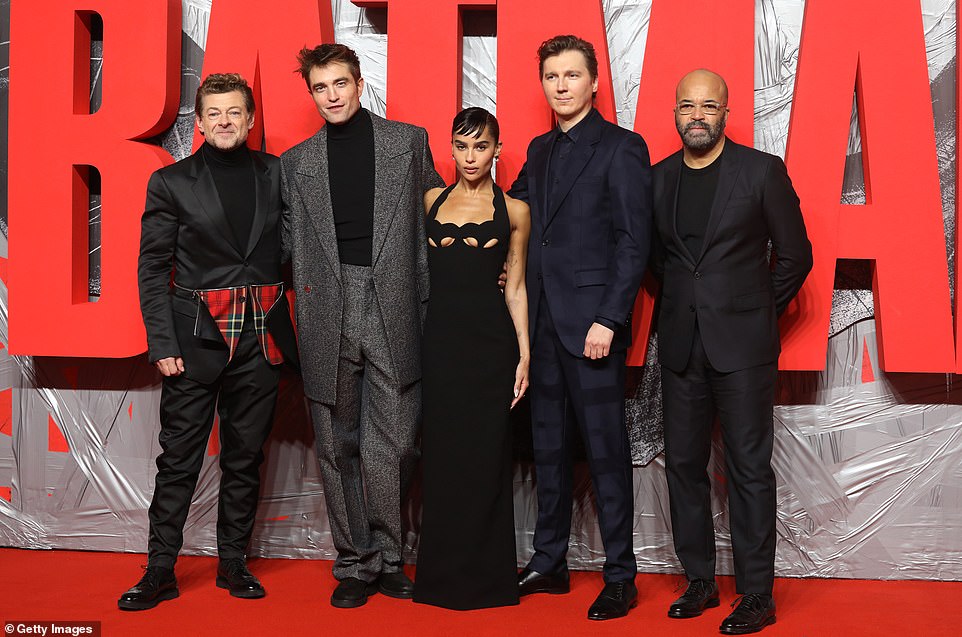 The cast of The Batman – including from left, Andy Serkis, Robert Pattinson, Zoe Kravitz, Paul Dano and Jeffrey Wright, at BFI IMAX Waterloo in February

Acting is clearly in his veins; his mother Helena Calvert enjoyed small screen success with roles in some of Britain’s most popular TV shows including Holby City, Emmerdale, Heartbeat and Goodnight Sweetheart.

Eagle-eyed fans of Emmerdale will remember Calvert appearing twice in different roles in the ITV soap, first as Faye Clarke in 1996, and then returning for a brief stint as Mrs Palmer in 2019.

There’s glamour too on Barnes’ father’s side – Oliver ‘Olly’ Barnes is the founder of Tik Tok style music app Voisey, which encourages collaborations between singers and songwriters.

It is Calvert though who has helped her son, who was born nine weeks early at Guy’s Hospital in London, get a leg-up in Hollywood, taking him to castings, including the one for The Dig, which has become his film breakthrough role. 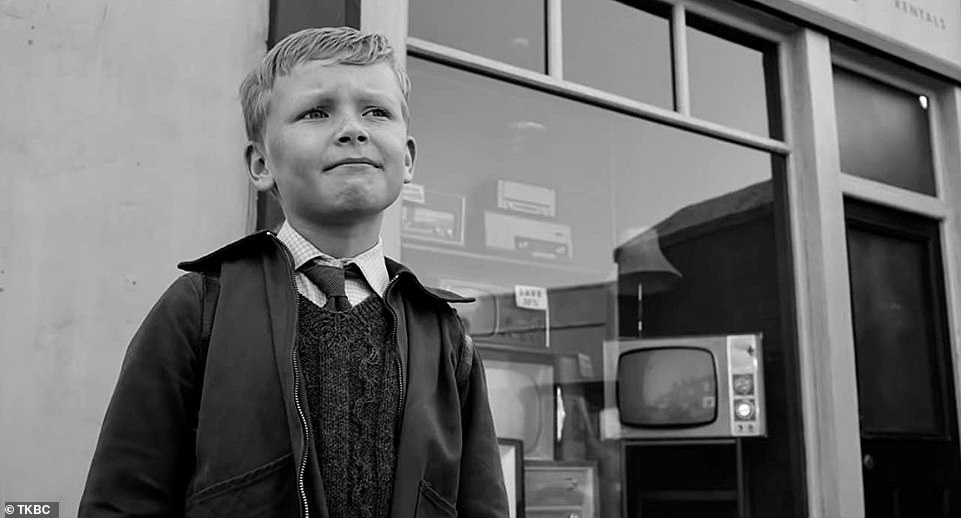 All eyes are on the UK’s young talent: Jude Hill, who grew up in a village 25 miles from Belfast, has been hailed as ‘a natural’ by actor Sir Kenneth Branagh after starring alongside him in Belfast 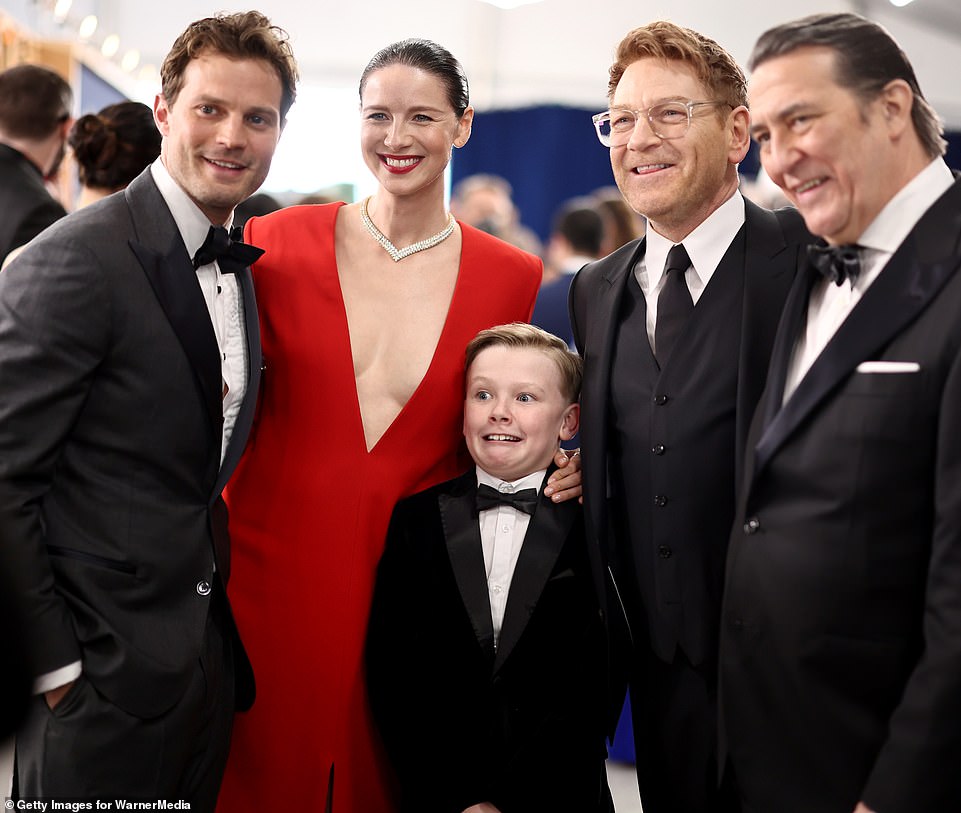 The blonde-haired boy from the village of Gilford, about 25 miles south-east of Belfast in County Down, attended his local village primary school, taking drama lessons and reading poetry in his spare time before shooting to fame in the movie, with more Hollywood roles thought to be forthcoming for the young star.