Kate Middleton and Meghan Markle have established themselves as style mavens in the British royal family, but it didn’t start with them. For generations, the public has admired, followed, and disapproved of the fashion choices of the family’s women, children, and men. From Queen Elizabeth’s brightly colored frocks, to Kate Middleton’s maternity wear and Princess Beatrice’s bold hats, there’s been a lot to talk about.

Since Meghan Markle joined the family, she’s indirectlystarted what’s been dubbed “The Markle Effect,” causing retailers to sell outof pieces that the duchess has been seen wearing. In addition to that, it’srecently been announced that she is launching an apparel line for charity.

The royals just keep inspiring the fashion world, and now, there’s a university course devoted to the royal wardrobe. 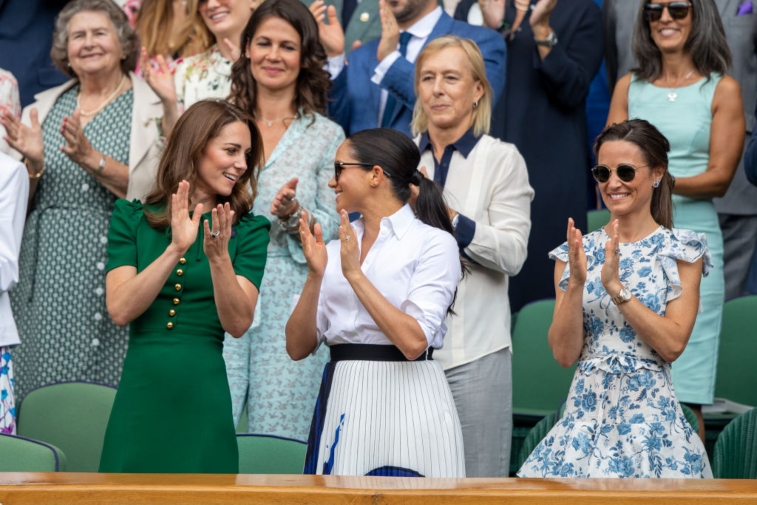 Who’s offering the course and how much does it cost?

No one should worry about spots selling out because the courseis free. The University of Glasgow has assembled the five-week online offeringtitled “A History of Royal Fashion” in collaboration with Historic RoyalPalaces, and it’s open to anyone who wants to learn. A description on the course website statesthat Historic Royal Palaces is a charity “that looks after the Tower of London, HamptonCourt Palace, Banqueting House, Kensington Palace, Kew Palace and HillsboroughCastle.”

It is available through FutureLearn, a London-based digitalplatform where users can find courses from multiple universities. For an extra $54,participants will have access to “A History of Royal Fashion” as long as it’s availableon the site. If you decide to take the free version, access is granted for 7weeks. The start date for this one has already passed, but FutureLearn notes thatthe majority of their courses run again, so register anyway if you’reinterested.

What the classes cover

Students will travel as far back as the 16th centuryto examine how royal fashion intersected with power, wealth, and diplomacy. Weekby week, the class will explore the history of the Tudors, Stuarts, and Georgians,leading up to the era of the Victorians and the modern-day Windsors.

Sally Tuckett, one of the course lecturers, spoke to Insider and gave an example of what is being taught about royal fashion history:

“The course gives a small insight into each royal family through history. For instance, Henry VIIII’s wife, Catherine of Aragon, made his shirts even when Anne Boleyn was on the scene. It shows how politics weighed heavily on fashion, and how it was part of the rivalry. It shows how there’s so much more to fashion than clothing.”

Modern royals close out the course

The course will cover more than history. Participants will learnabout fabric, textiles, and design, and will have the opportunity to sketchtheir own designs. After studying the style nuances of today’s royals (who arecelebrities in their own way), users can tap into inspiration from KateMiddleton, Meghan Markle, Princess Diana, and their other favorites.

For those of you who would prefer to learn about royal food instead, FutureLearn also offers this: “A History of Royal Food and Feasting.” Rather than learn style, students will have the opportunity to experiment with royal recipes. Start dates are not listed yet, so there is time to sign up for the email list. If you’re a royal superfan, go ahead and indulge in both courses.