The ABC has issued an apology after a pre-broadcast version of Tracey Spicer's documentary Silent No More inadvertently revealed the names and faces of rape and domestic violence survivors without their consent.

An embargoed copy of the documentary, which explores the #MeToo movement in Australia, was distributed to journalists late last month via the ABC's media portal. The version that was uploaded failed to blur the names and details of three women who appeared while the camera lingered on a computer screen. 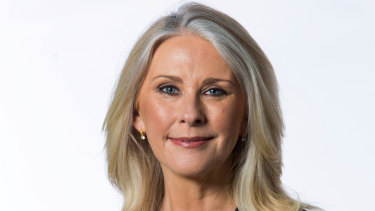 Tracey Spicer is the presenter of Silent No More, a three-part documentary series exploring Australia’s Me Too movement soon to air on the ABC.

The women in question had messaged Spicer after the former newsreader asked the public to come to her with information about sexual misconduct in the Australian media. Spicer is a Walkley Award-winner and a member of the Order of Australia.

A joint investigation by BuzzFeed and News.com.au found one of the women who had her name and details appear on screen was "aghast" that her details were distributed to journalists without her knowledge or consent.

"I am really concerned that [the offender] and people around him could tell him," she told the online news outlets. "There is a duty of care if you're using people's stories."

An ABC spokesman said it was always the broadcaster's intention to blur the women's names and details prior to broadcasting the series on ABC TV and iView later this month.

"The ABC sincerely apologises for any harm or upset this has caused them or their families," he said. "We removed the program from our media portal as soon as we became aware of the error. The welfare of those who have suffered sexual abuse or harassment is of utmost importance to the ABC and we wish to assure them that Silent No More will treat these issues with respect and care while shining a light on the need for positive change in this area."

Spicer said she was "utterly gutted about what has occurred".

"As a participant in this documentary, I was assured survivors' identities would be fully protected," she said. "I apologise deeply and unreservedly to those whose names were visible in that initial version of the program. I'm relieved that the ABC has swiftly moved to take it down and that no one is identified in the broadcast version."

The documentary's production company, Southern Pictures, has also apologised to the women in question.

"We wish to assure everyone that the final version of the program will not identify anyone without their explicit consent which was always our intention," a spokesperson said. "Our first priority is our duty of care to those impacted by sexual harassment and #MeToo, along with supporting the work that is being done to address the issue of sexual harassment."

Silent No More, which is a three-part series, will air on the ABC from Monday, November 25 at 8.30pm.