It’s been a long time coming, but Riverdale season 6 is finally bringing fans the Chilling Adventures of Sabrina crossover they’ve been waiting for.  The premiere set a spooky vibe for the season. But when will fans get to see Sabrina Spellman make her Riverdale debut? 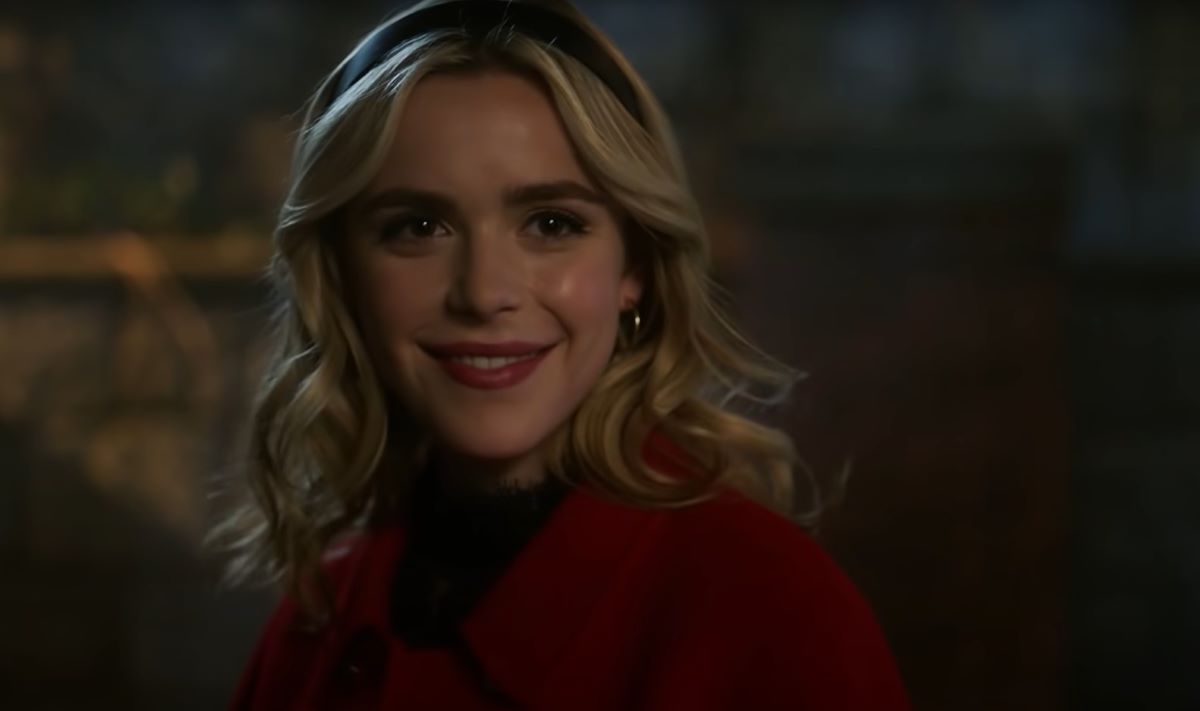 Ever since Netflix canceled Chilling Adventures of Sabrina, fans have been hoping to see their favorite teen witch pop up in Riverdale. Luckily, the wait is nearly over.

The Riverdale and Sabrina crossover will come in season 6, episode 4, titled “The Witching Hour(s).” If the show doesn’t take any breaks, the episode should air on Tuesday, Dec. 7, at 9 p.m. EST on The CW.

Kiernan Shipka portrayed teen witch Sabrina Spellman in all four seasons of Chilling Adventures of Sabrina. The actor will reprise her role on Riverdale when Sabrina comes to help Cheryl Blossom (Madelaine Petsch) perform a dangerous and potentially deadly spell.

“The episode she’s in is amazing,” Riverdale and Chilling Adventures of Sabrina showrunner Roberto Aguirre-Sacasa told TV Line. “It’s a very Cheryl/Madelaine [Petsch]-heavy episode. They had such an amazing rapport, and it felt so natural… It felt both like [it was] worth the wait, and ‘Why didn’t we do this sooner?’”

So how are ‘Riverdale’ and ‘Sabrina’ connected?

So why is Riverdale getting a Chilling of Adventures of Sabrina crossover? Both shows are based on Archie Comics written by the showrunner. The latter was initially supposed to air alongside Riverdale on The CW. But it was scooped up by Netflix, where it stayed for four seasons.

Aguirre-Sacasa has been teasing a crossover for quite some time. And in his chat with TV Line, the showrunner suggested season 6’s spooky tone was the perfect way to bring Sabrina in.

“Obviously, we’ve flirted with horror and things like that in the past, but mostly it’s been about crime and suspense and pulpy stuff,” he said. “So when The CW asked us if we would be interested in doing a five-part event [the show is calling it ‘Rivervale’], I love those things and we’ve never gotten a chance to do them, so we said yes.”

“We were asking ourselves, ‘What haven’t we done, and what do people always ask us about?’” Aguirre-Sacasa continued. “And we hadn’t yet ever gone into supernatural horror or overt horror, and it’s something that we’re asked about all the time from our fans, and even from the cast — So it felt like, ‘Oh great, this is definitely the time to do it.’”