Preparing for a change. After news broke that Emily VanCamp was leaving her role as Nic on The Resident, executive producer Peter Elkoff is weighing in on her exit.

Shocking TV Exits Through the Years

“We didn’t have conversations because of the circumstances of her personal life,” Elkoff told Entertainment Tonight on Tuesday, September 21, when asked whether VanCamp, 35, had a say in how her character would be written off.

Ahead of the season 5 premiere, Elkoff explained that he made the decision not to give too much away about how the Revenge alum’s time on the medical drama is set to end.

“I don’t want to give any sense [of what happens],” he shared with ET. “I want it to be unexpected for the audience and want the audience to get to that place organically without any foreknowledge. So I guess I’m not going to say anything.”

In August, Deadline reported that VanCamp would not be returning to the series, which she’s had a lead role on since its 2018 debut. Days prior, she announced the birth of her first child with husband Josh Bowman.

“Welcome to the world our sweet little Iris,” the actress wrote alongside several Instagram photos throughout her pregnancy and a pic of her daughter holding her hand. “Our hearts are full.”

Although Elkoff is aware that fans are worried about the future of the show — especially since Nic and Conrad (Matt Czuchry) finally got married and welcomed their daughter, Georgina, at the end of season 4 — he believes that there are many more stories that can unfold.

“It’s always [nerve-wracking] when characters depart,” he noted to ET on Tuesday. “And we always hope that when we cast new characters, that they will engage the audience. And it’s still early. We had a shortened season [last year], so we didn’t really get to string their stuff out too long, but I think there’s some great stuff.” 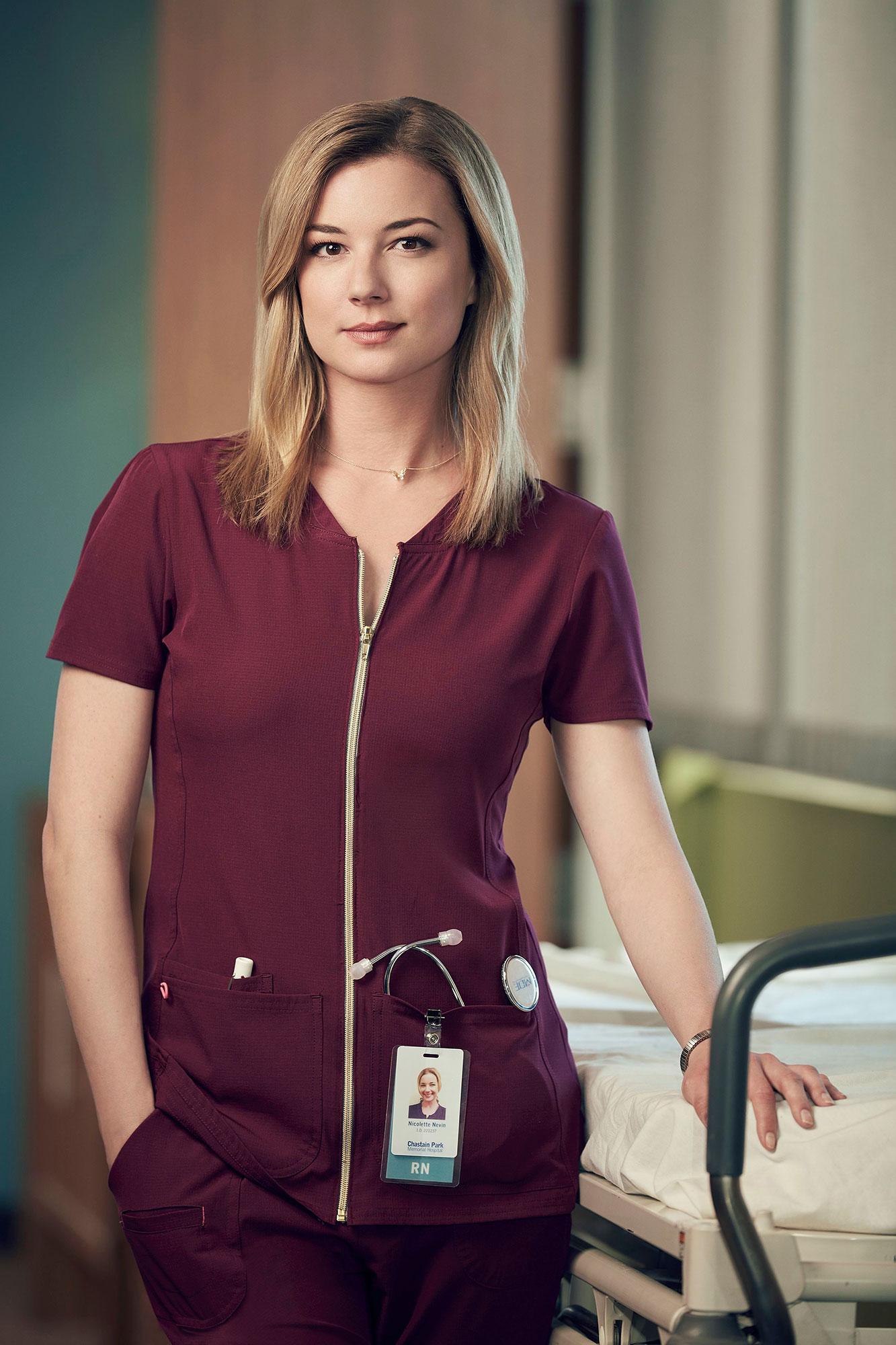 Season 5 introduces a nine-month time jump, opening the door for a different kind of storytelling. Earlier this month, Elkoff also hinted at what viewers can expect to see as Conrad faces the possibility of being a single father.

“He’s really good at it,” he told TV Line in September. “He’s just going to be the best dad you can imagine.”

The Resident airs on FOX on Tuesdays at 8 p.m. ET.