Why, as a leading boss, I think people should be paid less to work from home: As No.10 slaps down minister who suggested it, Dragons’ Den panellist TOUKER SULEYMAN gives his verdict

I was delighted to hear yesterday that a Cabinet minister is arguing that people who have returned to work should be paid more than those who prefer to work from home.

When there’s a problem in one of my fashion retail businesses, I want to speak in person to the man or woman on my team who can put it right.

I do not want to schedule four Zoom calls, so we can all lean back in our ergonomically correct chairs and talk as though we are on autopilot. 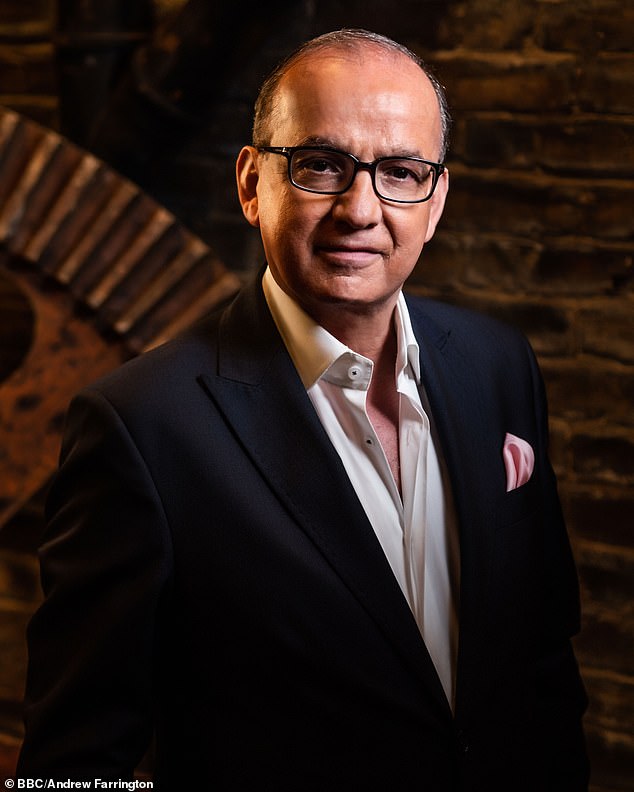 I don’t want my staff staring at a screen, while surreptitiously checking out the view of their back garden, pretending they are fully engaged with the matter in hand.

Entrepreneurial businesses, which are the backbone of the British economy, do not work like that. You sort things out there and then, face-to-face.

And if the only way to bring this about is to set one salary for people who work from home, and a higher one for those who come into the office and spend — in some cases — thousands of pounds a year commuting, then so be it.

Some will say that is unfair, or unfeeling, or tough on people with domestic responsibilities. And the lawyers will inevitably have a field day. Indeed, I understand we are already seeing cases of people who work remotely suing over missed promotions.

But I say a return to the workplace is the equitable and sensible way of doing business in the post-Covid world.

With a large proportion of the nation double-jabbed, there can be no excuse for anyone, except those with legitimate health exemptions, not to join the march back to the office.

And nobody can say I am not leading from the front. I have been in the office every day since last March, and I’m pleased to say all but one of the 600 people I employ in the UK have followed suit. (The only exception is someone who has rented out his London home and is living abroad.)

But my companies appear to be exceptions to the rule. I drove through the City of London financial district the other day and I almost wept. There were hardly any office workers around. The pubs and coffee shops were empty, the little businesses shuttered.

How can this be? Our city centres are virtually deserted, and yet major employers, such as banks and insurance companies, say there is no hurry to get back to the office.

Even the Government is too scared to tell civil servants to return to their desks.

I blame a lack of leadership, which is creating an ugly new class divide in this country.

This chasm separates people who choose to work from their homes and those who have to get into their factory or warehouse to make a living.

The Covid-19 pandemic has been great for the bosses, by which I mean the CEOs, the senior lawyers, the bankers and the top civil servants.

They have been able to work from home — or from their holiday retreats — increasing their quality of life and saving a fortune on commuting and all its associated costs. 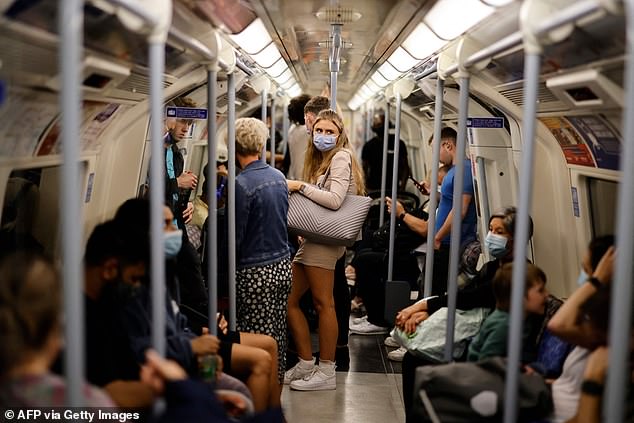 But just think of those teachers and NHS workers forced to set off for work at dawn because they have been priced out of living in the centres of the cities where their jobs are. They don’t have the option of joining this new trend of Working From Home (WFH).

Think of the postmen and the delivery drivers, the transport workers, the waiters, the police officers.

And think of many of my staff, who work in shops or warehouses. They have had no choice but to go into their place of work, sometimes when it appeared dangerous to use public transport or mingle with other people.

In doing so they also bear all the costs of the commuter, such as season tickets, lunchtime sandwiches, and — in many cases — childcare.

That is why I feel duty bound to set an example, and I expect my senior team to do the same.

Not everyone was happy about this. I noticed the middle-aged manager who lived in a comfy suburban home would rather have embraced the WFH dream.

Youngsters living in shared flats, on the other hand, craved a return to office life. They are at the beginning of their work lives, and know how much they have to learn. Let us help them develop their careers in a nurturing environment.

As someone who was back in the office myself, I could cajole everyone to return to the workplace with authority.

But how can those who have ridden out the pandemic from their second homes be taken seriously when they try to order staff back in?

Boris Johnson needs to summon the big employers to Downing Street to tell them it is a national priority to get workers in offices again.

The Prime Minister must say this bluntly to everyone, from banks such as Barclays to technology giants like Google.

There is no room for fashionable corporate blather about showing you care for your staff by letting them sit at home.

Given the confused signals coming from the Government, however, there seems to be little chance of this happening.

Both No 10 and Business Secretary Kwasi Kwarteng yesterday rejected out of hand the idea civil servants should be paid less if they continue working from home, and the Department of Health and Social Care has scrapped plans for all officials to return between once and twice a week from September.

But if we do not act to reverse this disastrous trend, productivity will collapse, business acumen will perish, and our city centres will die.

As an experiment, I took a walk the other day at 3pm and saw outdoor restaurants packed with diners. I would guess the vast majority of these people were technically embracing the WFH dream.

We have created a new culture of partial workers, with horrendous consequences for our national productivity.

It’s a phenomenon I see at first-hand when I conduct job interviews. All too often, applicants make clear they expect to be able to work three or four days a week from home.

I’m sorry, but I will not tolerate doing business that way. So I say to them: ‘No, I want my team around me, feeding me ideas, providing solutions, not stuck at home.’

For me, Zoom meetings often degenerate into a group session of people going through the motions. They are almost always a waste of time.

These digital encounters produce no fresh ideas, no important decisions are made, and there is a terrible absence of creative thinking.

Any well-run business is a joint endeavour, and needs the adrenaline surges of mutual creativity. 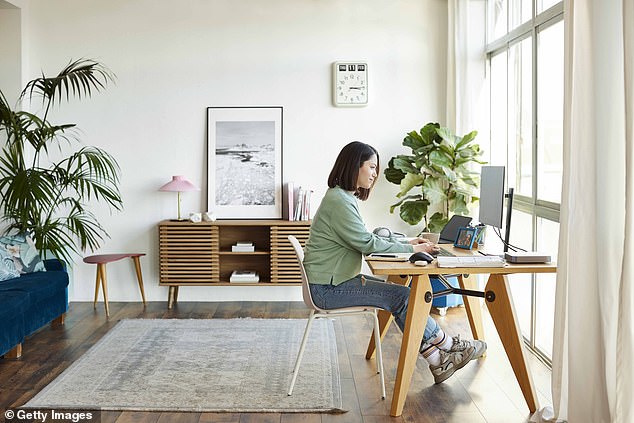 For me, Zoom meetings often degenerate into a group session of people going through the motions. They are almost always a waste of time

If leading by example does not work, I believe we will enter an employment regime of the sort outlined above, based on differential pay scales for those with the gumption to return to the office and those who insist on staying at home.

We need to incentivise those who have the ambition and the energy to go into work.

This is a great time to be a young entrepreneur. There is so much more encouragement, and venture capital, around now than when I started off.

Let that spirit shine in the office for ambitious new workers surrounded by juniors, peers, and grey beards. We will learn from each other.

Sitting at home on our backsides is not what makes a business grow, nor a country thrive. So why should those who choose to do so be paid the same as everyone else?