Protective parents. Prince William and Duchess Kate realize the intensity of the world their children — Prince George, Princess Charlotte and Prince Louis — are growing up in as royals. The couple are especially concerned about their eldest, who turned 8 on July 22 and is third in line to the British throne.

“Of course, William and Kate are nervous about what the future holds for George,” a source exclusively reveals in the new issue of Us Weekly. “He’s growing up in a different era to his parents. Times have changed since then. There wasn’t social media or internet trolls when William and Kate were children.” 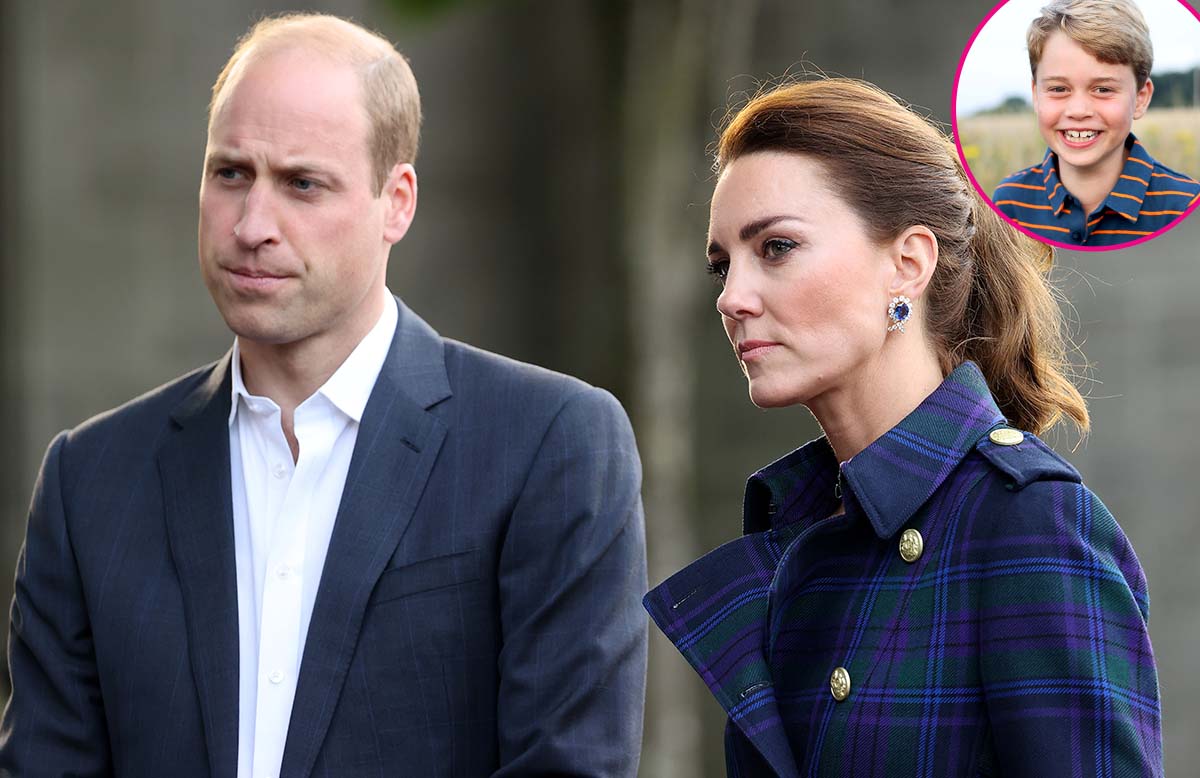 In recognition of the shift, the Duke and Duchess of Cambridge, both 39, have opted to give their kids privacy from the public eye. “The Cambridges feel it’s necessary to shield George, Charlotte and Louis from the spotlight and have become cautious about the appearances [they] make,” the insider says. “Kate and William are being more selective about the events he attends.”

William and Kate’s Sweetest Moments With Their Kids

Most recently, George went to the Euro 2020 final with his mom and dad on July 11. The prince’s reactions to the soccer game were shared widely on social media at the time.

William and Kate tied the knot in April 2011 and went on to welcome George in July 2013, Charlotte in May 2015 and Louis in April 2018. As they have settled into their roles as parents, they have implemented new standards in their household than past royals.

The source notes that the pair are “moving away from [the] mentality” of the “stiff upper lip,” for which the royal family is known. Instead, they have “a more modern approach,” focusing on “open communication” with their children.

Kate and William’s Kids’ Birthday Portraits Over the Years

Although George’s destiny is already determined, William and Kate want their son “to have a normal life” as a child. “He’s not called Prince George at school and is simply known as George,” the insider tells Us. “He mixes with children his own age. Kate and William don’t shower him with expensive gifts nor do they over spoil him. Despite his future role, they don’t want him to grow up too quickly. He engages [in] activities similar to any other 8-year-old — playing board games, horse-riding lessons, swimming, baking with his brother and sister, playing football and he can’t wait to start rugby too!”

The royal duo “want their kids to be kids, but they’re raising their kids to be well-mannered and not take their status for granted.” George, for one, already has shown an interest in philanthropy and “has been helping William and Kate behind the scenes on some of their projects, especially those involving children,” the source shares. “He’ll put ideas forward. You can already tell that he wants to make the world a better place! It’s super sweet!”

Us exclusively revealed earlier this month that George celebrated his birthday with a football cake from his parents, “adorable” homemade cards from his siblings and a Zoom call with Queen Elizabeth II. William and Kate also released a new portrait of George in honor of the milestone, which featured a subtle tribute to the late Prince Philip.

For more on Prince George’s life as a young royal, watch the video above and pick up the latest issue of Us Weekly, on newsstands now.