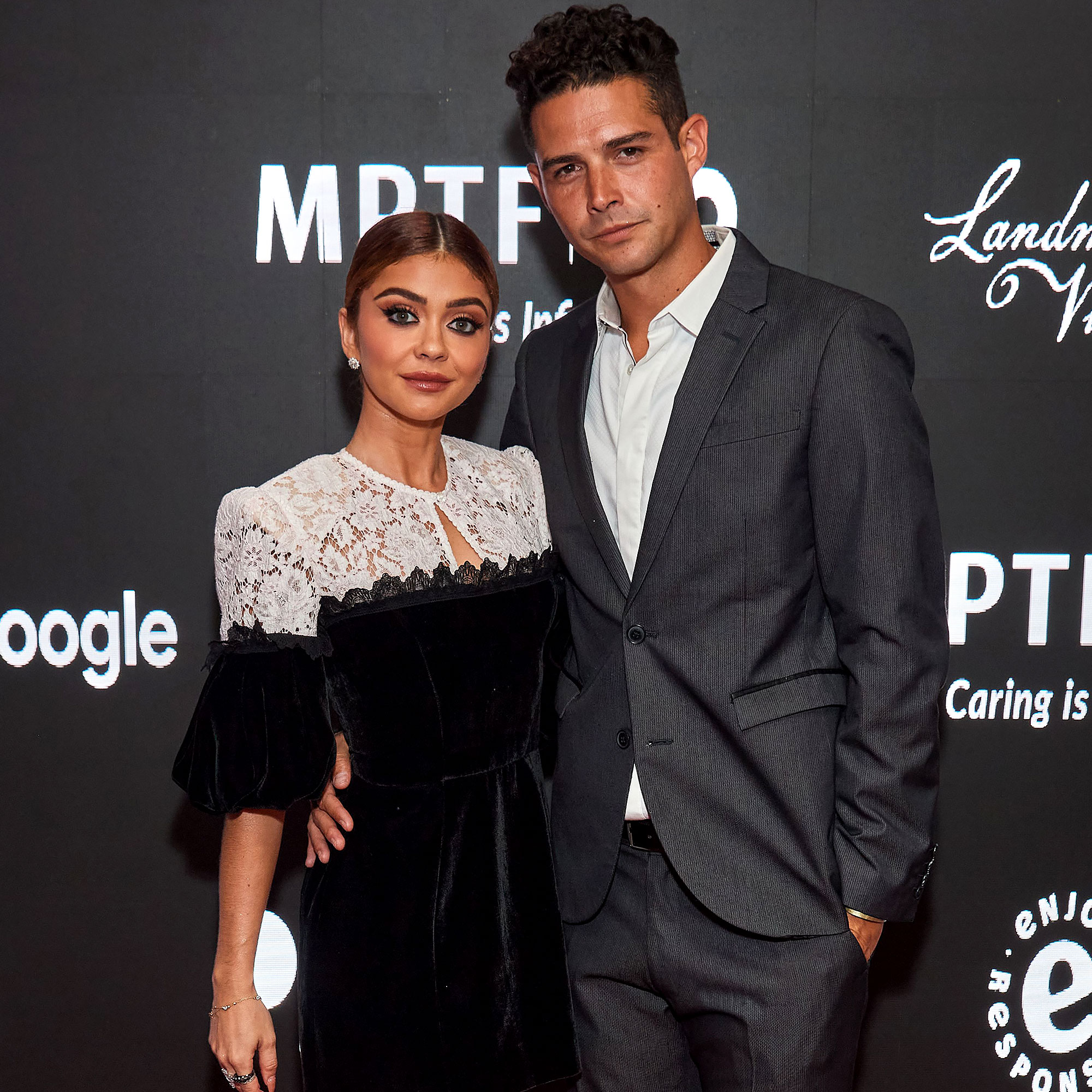 Getting candid. Sarah Hyland and Wells Adams have been together for nearly four years, but their relationship didn’t have the most conventional start.

It Goes Down in the DMs! Sarah Hyland and Wells Adams: A Timeline of Their Relationship

The Modern Family alum, 30, dished about the pair’s sex life during a new episode of her Lady Parts web series, which premiered on EllenTube on Friday, October 15. Hyland was joined by Cara Delevingne, Whitney Cummings and Dr. Sherry to discuss the “joys of sex.”

The Wedding Year star opened up about waiting to get intimate with Adams, 37, telling her guests, “My fiancé and I, we couldn’t have sex for three months before we actually did, just because medically, for me I wasn’t allowed to. It was this long waiting game that was really, really sexy.”

Sarah Hyland’s Most Powerful Quotes About Her Health Struggles

“I was born with so many health issues that doctors told my mother I would never have a normal life. And she said, ‘You’re right, she won’t — but it won’t be because of her health,’” Hyland told the magazine at the time. “When my mother told me that story, it resonated with me: If I can’t have an ordinary life, I might as well have an extraordinary one. If you set your mind to something, you’ll achieve it.”

The season 12 Bachelorette alum, who started dating the actress in October 2017, has frequently vocalized his support for his fiancée, even calling her the “strongest woman” he’s known.

“Imagine having a vital organ replaced,” the Bachelor in Paradise bartender exclusively told Us Weekly in December 2018. “Imagine having 16 surgeries, going to hundreds of doctor’s visits and taking thousands of pills. Imagine losing crazy weight because of dialysis, medication side effects and stress. Then imagine, having to do it all over again. This time keeping it quiet while you recovered, all while trolls on the internet judged you for your appearance, oh, and throw in filming the funniest show on TV and executive producing and starring in a movie … and never breaking down. Never losing it. I know Gal Gadot is Wonder Woman on film, but Sarah is the real-life version.”

The Vampire Academy star previously revealed that she initially connected with the radio personality days before her second transplant in 2017.

“We met each other for the first time three days before my transplant,” Hyland told Self magazine in December 2018. “He was texting me in the morning before I went into surgery, and we were FaceTiming the entire time I was in the hospital.”

The Geek Charming actress continued, “He’s seen me at my worst. He was there through all of that. I think that’s why I feel the most beautiful in his eyes because he still finds me beautiful after seeing all that. … It was a really intimate start to a relationship to have to go through those hurdles at the very, very, very beginning when you’re just even getting to know a person.”

The couple, who have been engaged since July 2019, are gearing up to plan their nuptials for a third time after previous postponements amid the coronavirus pandemic.

“Wedding update — nothing!” Adams exclusively told Us in July. “We’ve had this thing postponed twice and honestly, I don’t know if I can take a third one. So just pray for us, please.”