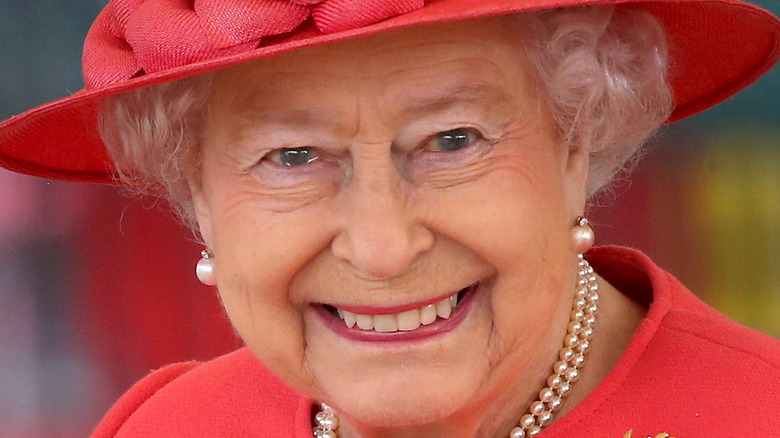 The “stiff upper lip” is something often associated with British people, who are often thought to be particularly stoic and less likely to indulge in public displays of emotion. With the royal family being among the most famous people in the world, and symbols of Britishness across the planet, it’s therefore unsurprising that we rarely see them shed a tear.

They are only human, after all, so there are a handful of times when they’ve broken tradition, having been seen crying or otherwise visibly emotional in public. Take the Queen Mother, who was seen shedding a tear during celebrations to commemorate the 50th anniversary of VE Day, Victory in Europe Day, in 1955, or Prince Charles, who was spotted welling up in 2020 at an event to commemorate the 75th anniversary of VJ Day, Victory over Japan Day, for instance. Of course, we’ve seen the younger royals crying at times too, as they learn to regulate their emotions like all young children (via Hello!).

However, the Queen in particular has rarely been seen to cry in public. Here’s why.

Monarchs are expected not to show emotion 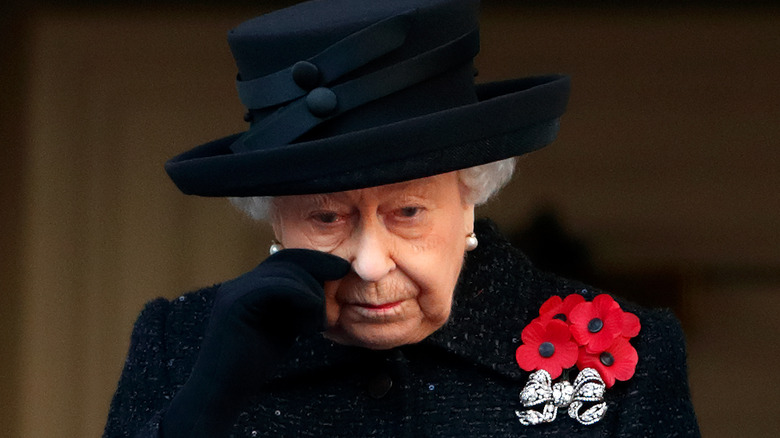 Part of the reason why Queen Elizabeth rarely publicly cries is because – as monarch – she “works very hard to present an impassive face”, royal biographer Sally Bedell Smith told USA Today. This is “partly due to her role” – it wouldn’t be seen as appropriate for a British monarch to show much open emotion – and “partly her temperament and the way she was brought up.” Being born in the 1920s, and growing up through the Great Depression and then the Second World War (and its aftermath), Her Majesty perhaps had plenty of experience with difficult circumstances during her formative years.

Indeed, her son Prince Andrew described his mother as “stoic” in the wake of Prince Philip’s death, when talking to reporters. “The Queen, as you would expect, is a very stoic person,” he explained, but that doesn’t mean that she doesn’t feel emotional at times like the rest of us: “She is a woman of deep feeling,” explained Smith, and it’s true that Her Majesty has occasionally cried in public (via USA Today).

In the past, she’s saved her tears for important events and moments where it would seem fitting for a world leader to show a little emotion. Like many of her relatives, she’s previously cried at remembrance events commemorating the Second World War (via Cheat Sheet), but in general The Queen’s public displays of crying are few and far between.