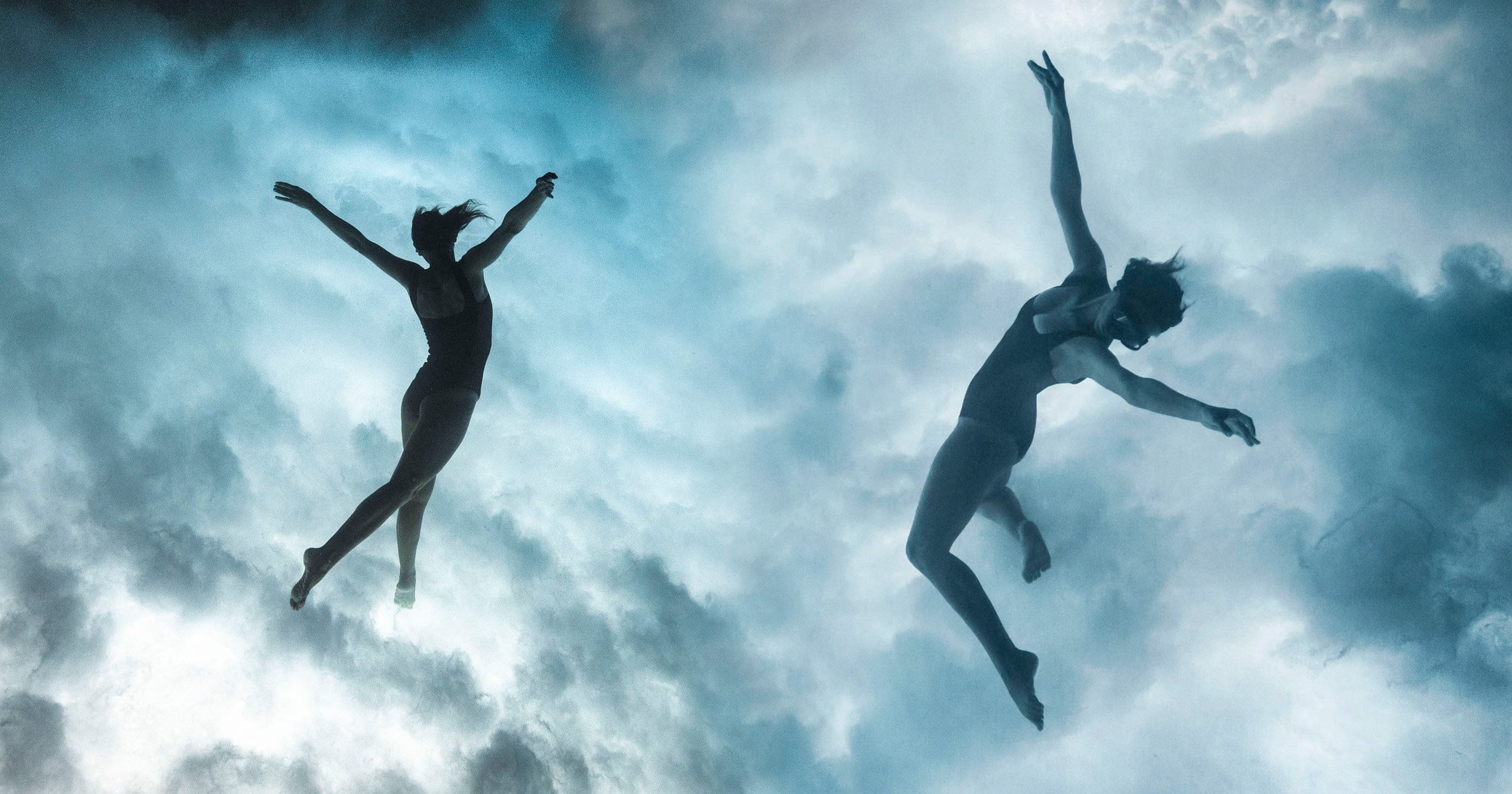 A photographer has shot a stunning image of his wife freediving, and it looks as though she’s floating in the clouds.

It looks as though she is flying without wings in the clouds.

But really she is freediving in water and the crashing waves make it appear as though she’s in the sky.

The couple were in French Polynesia when Marianne began doing pirouettes under the sea.

Alex, who is a sailor, said: ‘We have been sailing around the world for three years now.

‘But we spent one year locked in Panama with the Covid restrictions, we could finally cross the Pacific ocean to join French Polynesia which is famous to be the most incredible underwater landscapes and fauna you can find.

‘During one cave dive, we stayed near the surface, because the ocean was too strong.

‘When we realized that the waves crashing against the rocks were making underwater clouds, we stayed at the surface making this series of photos.

‘The pictures visualize the sense of freedom we can feel when we are freediving, a more important feeling than ever during this lockdown period.

‘Freediving is probably the simplest way to visit the oceans with a minimum impact but it is also a very simple way for introspection and travel into yourself.

‘Everyone can free dive with the right breathing techniques, and this is the message we wanted to show in this series of photos.’

He continued: ‘This series of photos is an improvisation.

‘We are both very experienced free divers and this is not something we recommend to anyone, swimming or freediving under the waves smashing on the rocks.

‘Please never forget that the natural elements can be unpredictable and much much stronger than any of us.’

Do you have a story to share? We want to hear from you.

Get in touch: [email protected]