Why you should NEVER let a stranger take a photo of your dog: TikTok users warn of predators asking lone women for pictures to get their address from their pet’s collar

A woman has revealed how her quick-thinking potentially saved her life after she realised a man was taking a picture of her address on her dog’s collar.

The London-based TikTok user, doesn’t want to reveal her name, recalled walking in the park when a man approached and asked to take a picture of her dog, which she agreed to.

She said: ‘Why not? It’s a picture of a dog’, but then spotted the stranger was holding up her dog’s collar to take the photo.

Fellow TikTok users were left shocked, but many said that they’d had similar experiences and warned others never to let a stranger take a photo of your dog, and to avoid having your address on their collar.

Fellow TikTok users recalled similar experiences, saying that it’s safer not to have your home address on your pet’s collar

The woman then told the man that she ‘actually didn’t feel comfortable with him having a picture of her dog’, asking him to delete it.

She said the man then deleted the photo before walking away ‘really fast’, while she called after him.

The TikTok user asked: ‘Could you also go into a deleted album and delete it from there?’ 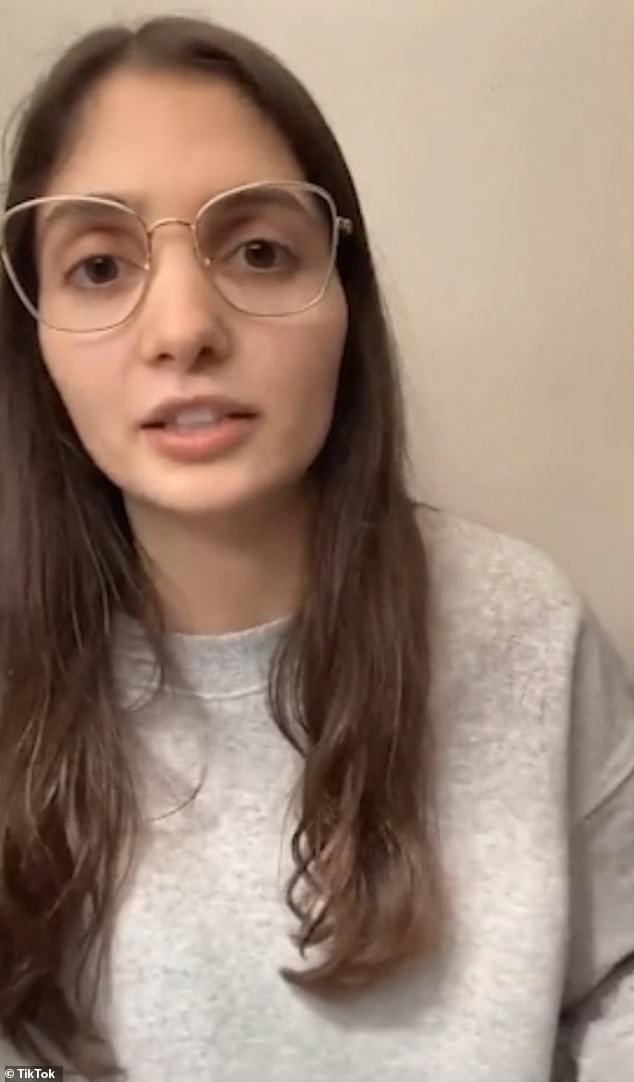 ‘Could you please delete the picture? And he was like, sorry, I don’t have a deleted album and like, keeps walking away.’

She said that people in the park were starting to look at them, because it was 2pm and she was ‘chasing after him’ and ‘telling him to stop walking’.

The woman continued: ‘He stops and I tell him again to delete the photo from the deleted album and he goes, “I don’t have a deleted album”.

‘And he goes, “fine”. He goes on his phone, does something for a second. He goes “there, it’s gone”.

She asked to see that the picture had been deleted, but he would not let her look at his phone. 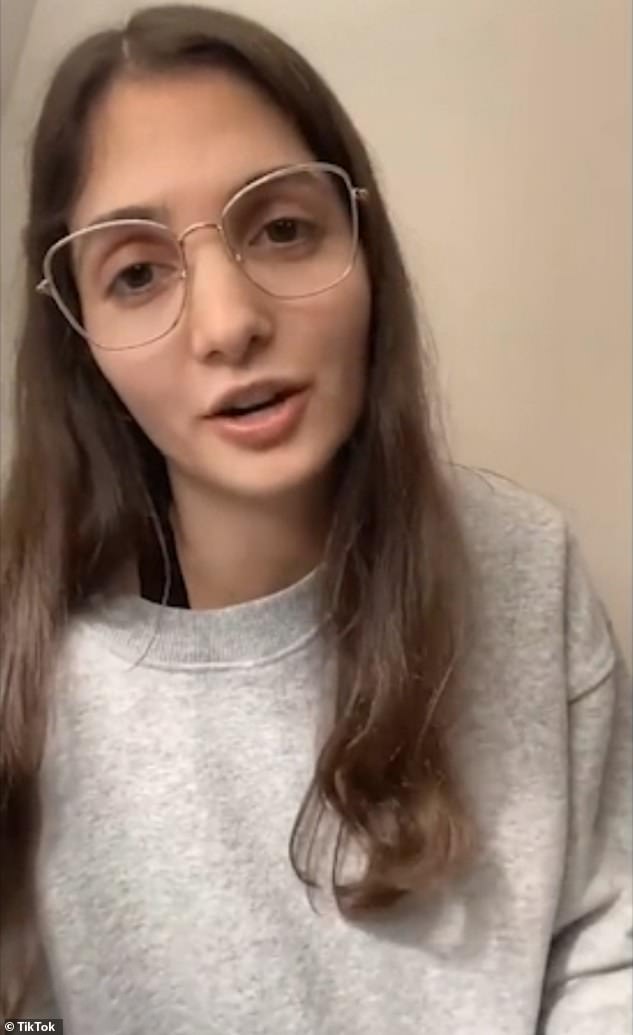 She immediately told the man to delete the photo, chasing him and telling him to stop walking after he told her he ‘doesn’t have a deleted album’, to make sure he deleted the photo from the ‘recently deleted’ album on his iPhone in front of her

‘I don’t want to look at your phone. I just want to see the album just to make sure the picture is gone. That’s it,’ she said.

So he shows me the album. The picture was still there, so I made him delete it in front of my eyes. What if I hadn’t noticed that he took a picture of my address?

‘And what if I went home that day and you know, that night I took my dog out to pee, he was outside waiting for me. I mean.’

The user’s TikTok video has been viewed more than 3 million times, racking up more than 615,000 likes and 1,400 comments.